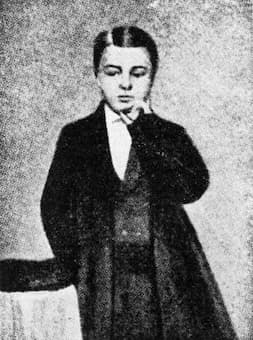 Edvard Grieg as a boy

Bergen is Norway’s second-largest city, picturesquely located on the west coast of the country. It is known as “the city of seven mountains,” and the birthplace of Edvard Hagerup Grieg. He was born on 15 June 1843 to Alexander Grieg and Gesine Judithe Hagerup. His father was a merchant and the British Vice Consul in Bergen. Alexander’s father John had held the same appointment before him, and he was highly active in the musical life of the city. John’s father Alexander originally spelled his name “Greig” as his family name was of Scottish extraction, associated with the Scottish Clann Ghriogair or Clan Gregor. 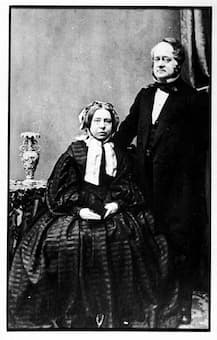 After the Battle of Culloden in Scotland in 1746, Alexander Greig travelled widely before settling in Norway about 1770 and establishing business interests in Bergen. Edvard’s mother Gesine Judithe Hagerup was a music teacher and daughter of solicitor and politician Edvard Hagerup. Her father had been adopted in boyhood by Bishop Hagerup of Trondheim and had assumed the name of his patron. Gesine’s father provided her with an excellent musical training under Albert Methfessel at Hamburg, with the result that she was much in demand at Bergen as a pianist. 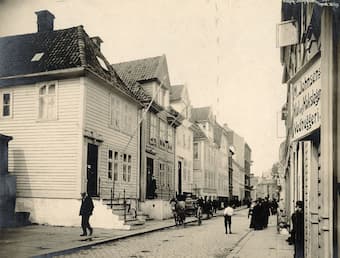 In 1836 Gesine Judithe Hagerup married Alexander Grieg and the union produced five children. Edvard was the fourth child born, and he told the story of his childhood and student years in an autobiographical sketch. At an early age, Edvard showed a strong interest in music and for the piano as instrument. He would sit at the piano for hours, exploring all kinds of tunes on his own. As he writes, “Why not begin by remembering the wonderful, mystical satisfaction of stretching one’s arms up to the piano and bringing forth—not a melody. Far from it! No, it had to be a chord. First a third, then a fifth, then a seventh. And finally, both hands helping – Oh joy! A ninth, the dominant ninth chord. When I had discovered this, my rapture knew no bounds. That was a success! Nothing since has been able to elate me so profoundly as this.” He received piano lessons from his mother from the age of six, and regularly played at the musical gatherings held in the parental home. It has been reported that Edvard wasn’t the most disciplined and diligent student, preferring to improvise and to discover music by himself. 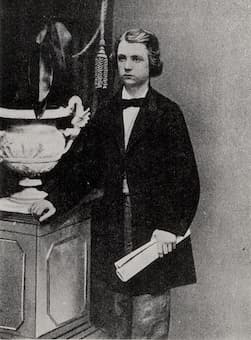 Grieg as a student

The first turning point in Grieg’s career occurred in the summer of 1858. The famous Norwegian violinist Ole Bull—known as the Nordic Paganini—was a close friend of the Grieg family. In fact, Bull’s brother was married to Grieg’s aunt. He visited the Grieg household and he heard Edvard improvise on the piano. Bull was mightily impressed, and he persuaded Edvard’s parents to send the 15-year-old boy to Leipzig to study at the piano department of the Conservatory directed by Ignaz Moscheles. 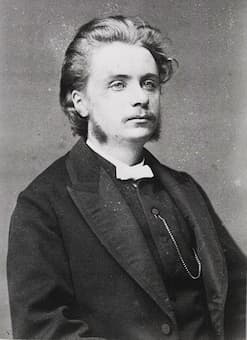 Grieg did not really enjoy his time in Leipzig, but he did have the best pedagogues in Europe as teachers: Ignaz Moscheles in piano, Carl Reinecke in composition, and E.F. Richter, Robert Papperitz and Moritz Hauptmann in harmony and counterpoint. Grieg was introduced to the European music tradition, first studying the works of Mozart and Beethoven, but also modern composers like Mendelssohn, Schumann, and Wagner. He disliked the discipline of the conservatory course of study, with the exception of organ lessons, which was mandatory for piano students. 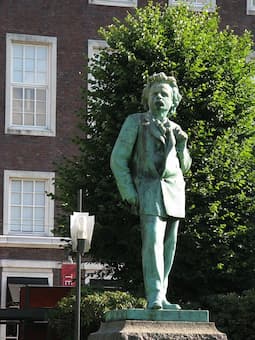 In his last year at the conservatory Grieg was given the task of writing a string quartet and an overture, “although he had learnt little about either instrumental style or formal construction.” He nevertheless had the opportunities of hearing a good many Gewandhaus concerts, including Clara Schumann playing her husband’s Piano Concerto. He was also present at several performances of Wagner’s Tannhäuser. During the spring of 1860, Grieg survived two life-threatening lung diseases, pleurisy and tuberculosis. Throughout his life, Grieg’s health was impaired by a destroyed left lung and considerable deformity of his thoracic spine. He suffered from numerous respiratory infections, and ultimately developed combined lung and heart failure. Grieg was admitted many times to spas and sanatoria both in Norway and abroad. Grieg managed to recuperate during the summer 1861 in Norway, and he returned to the conservatory for final exams in the spring of 1862. His examination pieces presented in the Gewandhaus included Vier Stücke for Piano, and Four Songs for alto to German texts. They were soon published in Leipzig as his op. 1 and 2. Grieg wrote to his biographer in 1881, “I must admit that I left Leipzig Conservatory just as stupid as I entered it. Naturally, I did learn something there, but my individuality was still a closed book to me.”