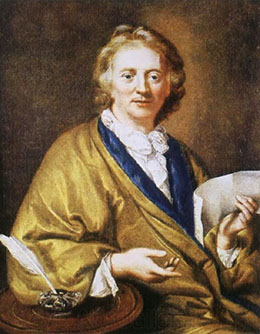 No one really knows what Les Barricades Mystérieuses actually means. The title literally translates from the French as “the mysterious barricades” but it gives little clue. It could refer to masks – or masques, a form of courtly entertainment – or veils or eyelashes, or be a hidden reference to freemasonry. It may refer to the syncopated rhythms which cross bar lines or could even refer to the position of the player’s hands on the keyboard, since they are mostly fixed or “barricaded” in one position, in the tenor range of the keyboard, for the entirety of the piece.

The piece comes from the Sixiéme Ordre of François Couperin’s Pièces pour Clavecin, published in 1716–17, a suite for harpsichord. Like Bach’s popular Suites and Partitas, Couperin’s orders was written for private study and performance, and comprised numerous dance movements; but unlike Bach’s works, the pieces mostly have descriptive titles rather than generic dances. Known as “le grand”, Couperin was one of the great keyboard composers whose influence is felt and honoured in the music of Rameau, Chopin, Debussy and Ravel. 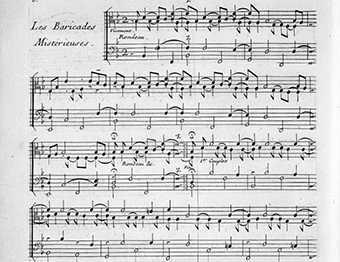 I must admit that, as a pianist, I have never had much interest in Baroque keyboard music beyond that of J S Bach. A narrow view, I know, but a reflection of my musical tastes. However, I defy anyone to find Les Barricades Mystérieuses immediately compelling. Written in rondo or rondeau form, the piece is in style brisé – irregular arpeggiation whereby one note is held over from the last chord and is not resolved until the bass has started the new harmony. The result is a remarkable texture and colour palette which shifts and shimmers, despite being largely anchored in one position on the keyboard.

The opening melody – a rather jaunty see-saw of voices between treble and bass – reappears between numbered “couplets”. The music is scored in four parts or voices, which creates a wonderful, ever-changing kaleidoscope of interwoven melody, rhythm and harmony. The result is haunting, seductive and utterly absorbing: hear or play this piece just once or twice, and I guarantee you will be humming it for the rest of the day. It’s also delightfully absorbing and satisfying to play and offers the keyboard player an interesting exercise in building and relaxing sound and momentum. There is much scope for rubato within the rondo theme and couplets, to create suspense and resolution. One needn’t follow the same expressive path every time but rather gently voice and prioritise certain lyrical fragments within the music’ s structure as the mood takes one. It’s also a piece which responds to a variety of tempi – from a rousing Allegro to a more thoughtful Andante.


Thomas Adès’ arrangement for double bass, bass clarinet, clarinet, viola and cello has a haunting warmth and the orchestration at once reveals the myriad voicings and textures of the piece while retaining its air of mystery. The piece also appears in the soundtrack to Terrence Malick’s film ‘The Tree of Life’.