Composers Inspiration
“Violetta: A Subject for our own Age”
La Traviata
by Georg Predota August 20th, 2013 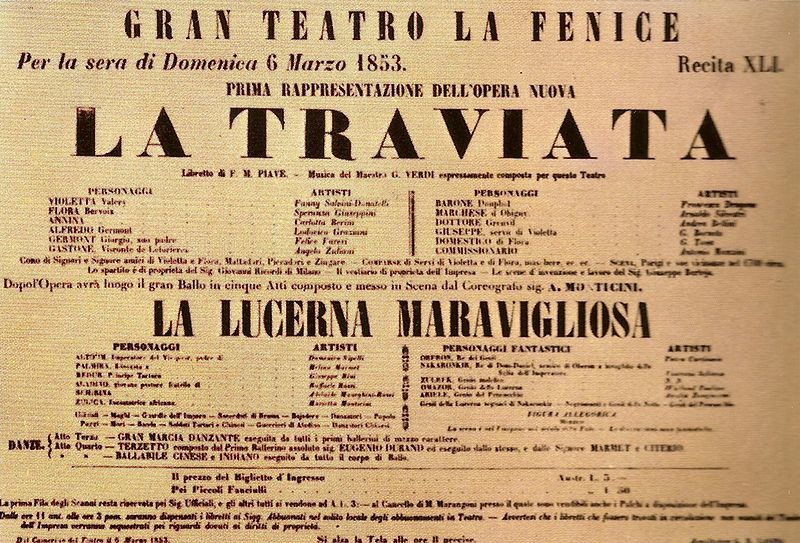 In February 1852, Giuseppe Verdi and his companion Giuseppina Strepponi attended a performance of Alexander Dumas fils’ play La Dame aux camellias (The Lady of the Camellias) in Paris. Verdi had probably read the novel, originally published in 1849, at some time before his visit to the theater, but upon his return to Venice the idea of turning the play into an opera had already taken shape. He engaged his trusted librettist Francesco Maria Piave who fashioned a synopsis under the title “Amore e morte” (Love and Death). However, Verdi initially changed the title to “Violetta: A subject for our own age” — after the main character of the opera — but eventually, mindful of the strict censorship in Venice, settled on the linguistically ambiguous La Traviata (The Fallen Woman). It was first performed on 6 March 1853 at “La Fenice” in Venice. La Dame and La Traviata address two highly topical and contemporary subjects. One is a description of Parisian life through the eyes of a courtesan; the other addresses “consumption,” a 19th century term for Tuberculosis, which caused nearly 25% of all deaths in Europe. Dumas modeled his novel on Marie Duplessis, one of the most famous and sought-after French courtesans of her time. She was his mistress between September 1844 and August 1845, and he describes her as, “tall, very slim with long, black, lustrous hair, Japanese eyes, very quick and alert, with lips as red as cherries and the most beautiful teeth in the world.” 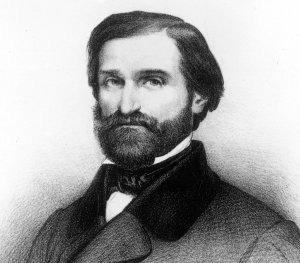 Duplessis was a-so-called “cortigiana onesta”, or honest courtesan. Although she came from a poor family — her father forced her into prostitution by the age of 12 — she was well educated, intelligent, a performing artist, poetess, well read, and able to engage in a variety of topics ranging from art to music to politics. Although sex was one of her obligations, it constituted only a small portion of the services she provided. She became the simultaneous mistress of a number of wealthy and influential men — including Franz Liszt — who provided in exchange for her services, luxurious living accommodations and showered her with expensive gifts. Courtesans, more often than not, were social outcasts, and eventually cast aside by their lovers. However, some were able to extend their careers into or past middle age. Marie Duplessis was not so lucky, as she died of consumption aged 23, on 3 February 1847. The organism causing Tuberculosis — known as consumption in the 19th century because of the severe weight loss associated with the disease — has been found in relics from ancient Egypt, India, and China dating back 2000 years. In Europe, tuberculosis — or the White Plague as it was then called — reached its peak in the 18th century, with one in four deaths in England attributed to the disease. Famous people with Tuberculosis infections included John Keats and Percy Shelley, the authors Robert Louis Stevenson, Emily Bronte, and Edgar Allen Poe, and the musicians Nicolo Paganini and Frederic Chopin. Marie Duplessis had clearly two strikes against here. On one hand she was shunned as a kept woman, and on the other held at bay because of a medical condition nobody understood at that time. But there was something else missing in her life.

Moments before her death, she confided in a friend, “I have loved sincerely, but no one ever returned my love. That is the real horror of my life.” And it is at this point, that Dumas picked up the story. Armand Duval, a provincial bourgeois falls in love with Marguerite Gautier, the Lady of the Camellias. Her nickname derives from that fact that she wears a white flower when she is available for her lovers, and a red one when her condition does not allow her to see anyone. Armand’s father convinces Marguerite, for fear of the scandal created by the illicit relationship, to leave Armand. He in turn is led to believe that she has left him for another man. Despite being desperately in love, Marguerite leaves Armand but quickly succumbs to the disease. Dumas — surely remembering Marie — paints a rather favorable portrait of Marguerite, who despite her past is rendered virtuous by her love for Armand. Piave and Verdi take the story even further, and focus on the suffering of the two lovers — now named Violetta and Alfredo — whose love is shattered by the need to conform to the morals of the times. In La Traviata Verdi abandons the historical subjects and period dramas for contemporary subjects. It is the first opera in the history of the genre to purely concentrate on the psychology of the characters involved. In fact, Verdi himself clearly “fell in love with Violetta and deployed all his formidable powers as a composer to produce one of his most perfect scores.” Most importantly, by unifying music and dramatic action, Verdi makes the characters — borrowed from real life—believable on stage. Despite, or because of it, the opening night of La Traviata was an utter disaster. For one, the rather voluptuous size of the soprano supposedly dying of consumption aroused the scorn of the audience, and a contemporary stage setting upset the censors. Verdi withdrew the opera and made significant changes to the second and third act. The new version was first given in 1854 and in 2013 it was the most-performed opera worldwide.