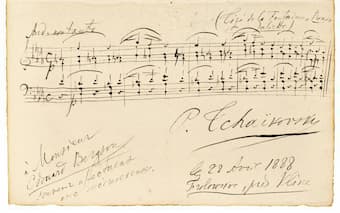 Musical quotation is the art of integrating one’s musical words and sentences into another one’s work. It is quite similar to how quoting works in spoken languages but differs in the capacity in which the quote can adapt and almost disappear. It is also often perceived as a musical game; it is the listener’s role to identify the quote. At times, it is quite obvious and at others, so well-disguised that it might never be recognised.

It is therefore not rare for musicians to quote each other, whether when composing or improvising. After all, many of them learn by imitating others, and quoting other musicians is an opportunity to develop musical vocabulary and understand how ideas are being communicated. Composers as much as improvisers often quote each other, past and present peers; whether it is to pay homage, amuse the listener, nudge or wink towards a particular musical direction, put forward an inspiration and even develop a musical idea. It is also frequent for musicians to quote themselves and their own works; perhaps retrospectively in order to extend a musical thought. Mozart did it, Tchaikovsky did it, Debussy did it and even Britten did it. 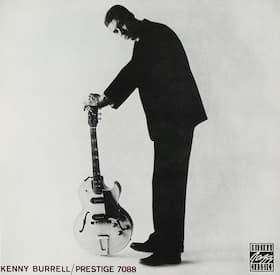 Let’s find out what this is all about, specifically when it comes to learning and developing one’s musical vocabulary and ideas.

Composers learn by copying; they study the music — the scores — of the ones that have preceded them. Analysing and scrutinising is the only way to unveil the secrets hidden in the music, the composing process and the approach towards creativity. Thanks to the democratisation of sheet music and the length of age of classical music, today most composers have free and unlimited access to scores of early, baroque, classical, romantic and modern classical music. One can do his musical education solely from the analysis of the past masters. Similarly to composers, improvisers learn by repeating and reappropriating musical sentences; it is also known as transcribing. Improvising is of course very similar to speaking, and one learns and develops his dialectic by repeating the words of others; the expressions, the inflections, all of these participate in shaping our individual way to express ourselves. It is quite the same when it comes to improvising. Musical sentences — also known as lick in the jazz slang — are integrated and learned in all possible ways for the musician to digest and reuse them naturally. Improvisers learn from all musical genres. As a matter of fact, during the writing of the article, I discovered a quote in Kenny Burrell’s second eponymous album, in which Kenny Dorham’s quotes Grieg’s Peer Gynt in his trumpet solo, and the contemporary prog-jazz guitarist Guthrie Govan has been seen quoting the TV theme from Inspector Gadget!

The Aristocrats – Bad Asteroid – “Boing, We’ll Do It Live!”

Back in the classical world, some composers might decide to quote their inspiration or influences; providing the basis for a new piece. It is an opportunity for them to provide an alternative to the original idea, to develop it in a new direction, sometimes centuries after it was originally created. This is what Pärt’s “Credo” does when it quotes Bach; it is perhaps even more than just a quote, but given the length of the piece, it can be perceived as the development of Bach’s statement in his first prelude of The Well-Tempered Clavier. 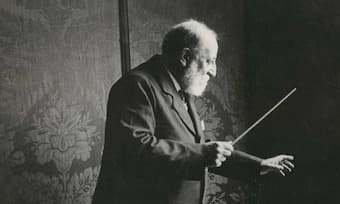 Other well-known musical quotes and development of past musical ideas include Britten quoting Wagner’s Tristan und Isolde in his opera Albert Herring and Stravinsky quoting Schubert‘s “Marche Militaire No. 1” in his “Circus Polka”. Other composers have often nudged at their own works, in order to redevelop an idea such as Saint-Saëns’ “Fossils” from Le Carnaval des animaux which quotes his famous tone poem “Dance Macabre”, a little less than a decade older.


Quoting in music has always been done, one way or the other. In fact, it is in the most recent times that it started being associated negatively — often to stealing or plagiarising. In its nature, musical quotation is the result of a learning process for the composer, and when it comes out it is rather through the intention of homage and honour than ownership. It is also the result of a natural rendition; vocabulary and lexicon that the musician has integrated naturally. When it is a prominent element of the music, it is done through the intention of growing and expanding the work. More often than not, the quote is a century old, and therefore it is for the composer and opportunity to reintegrate a musical fragment in the contemporary world.
Musical quotation has also been used in order to refer, pay homage, nudge and even at times joke. It is also a great medium for illustration and contextualisation, whether it is to express a national sentiment or illustrate vividly a context of events. We shall dig more on that in the next article…