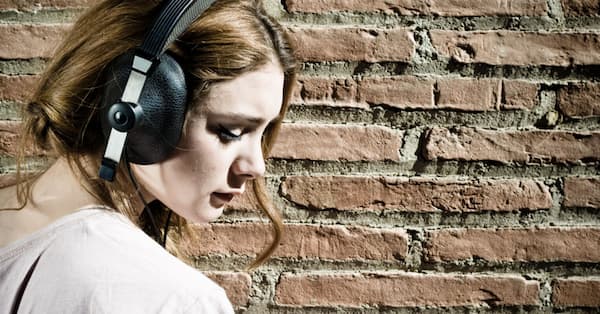 Music can guide our emotions and sometimes we really want to wallow in sadness. Evoking sad memories can be a cathartic experience that leaves us feeling better at the end. We surveyed our writers to find out their music for sad memories.

Rachmaninoff’s Piano Concerto No.2 in C minor is surely one of the most tear-jerking pieces in the history of classical music. After the solemn introduction by the piano, the music immediately invites the listeners to an emotional journey that is full of nostalgia and tumult. The music then reaches a painstaking level of emotional intensity with a dramatic sense of struggle, while conveying so much tenderness in the second movement. The second movement reminds me of some fond memories, but it’s probably more depressing to realise that these memories belong to the past.

Quite simple really: an ex-girlfriend loved this piece, so I learnt it for her. When she unexpectedly broke things off one day, I played it as she left. Case closed. Fun anecdote, I then had to drive from Berlin to London in a near-catatonic state, ended up giving €1,000 to an Autobahn conman and his family, surviving on nothing but Jack Daniels and cigarettes for four days before arriving at a festival in Warwickshire where I had to play the piece the next morning. I remember waking up hungover in a new friend’s tent, before sauntering over to the stage and somehow getting through the performance – not before apologising to the crowd for being in such a state but feeling comfortable that at least they probably were, too.

Bach’s Goldberg Variations do not entirely bring sad memories to my mind, yet there is a form of melancholy in the music, especially in the aria. There are questions about the legitimacy of the stories around the genesis of the work; if the aria might indeed help to put someone to sleep, the first variation would immediately wake that person up! It is however a work that has so much power and emotions, that only the first few bars are enough to provoke strong reactions from the listener.


The most spectacular and poignant concert I have ever attended in recent years was the extravaganza themed In War And Peace: Harmony Through Peace presented by Joyce DiDonato with the Il Pomo d’Oro Chamber Orchestra. The date was November 24th, 2016, just when her home country underwent a drastic political change, which broke her heart into pieces. The program was an exploration of the violence and cruelty of “war” (in a variety of forms) as depicted by select Baroque operas, and the lingering chaos and desolation suffered at the aftermath, even when peace was restored. A quote from the program notes summed up the inconsolable pathos that prevailed the audience’s mood during and after the performance – “The lust for war, the longing for peace: emotions such as these lie at the extremes of human experience”. Sadly, such devastating circumstances are still very relevant today.

The music that evoked maximal sorrow in me was the encore – “Morgen” by Strauss. It was tear-jerking and goosebump inducing, but nonetheless hope rekindling.

Similarly, I was touched by the same encore in a lieder recital streamed from Wigmore Hall last fall, lamenting the disappointment of an empty hall devoid of audiences due to the pandemic. How we all long for the day when the sun will shine again and concert venues will be filled to the brim once more!

The longest major labour dispute in American orchestral history happened between 2012 and 2014, when the musicians of the Minnesota Orchestra were locked out from their workplace and the fate of the entire ensemble was thrown in question. In the autumn of 2013, esteemed music director Osmo Vänskä (with good reason) felt he had no other choice but to resign. At a farewell concert that the players organized on their own, Vänskä programmed Sibelius’s Valse Triste, a short melancholy work that portrays a dance with death. Before beginning, he asked for no applause, calling the situation “almost hopeless”, and afterward walked offstage in silence with his players. The concert was broadcast on Minnesota Public Radio, and a recording of the performance and Vänskä’s emotional verbal introduction is available on YouTube. Years later, the performance still remains excruciating to listen to. Happily, leadership changes eventually led to an end to the dispute and Vänskä’s rehiring the following year, but as far as listeners and musicians in 2013 were concerned, that dance of death was going to be the end of the organization as America and the world knew it. It’s the most personally devastating few minutes of playing I’ve ever heard: it’s a musical portrait of what it feels like to say goodbye to music itself.

Although it is one of my favourite pieces of music, and my favourite piano piece by Schubert, his Impromptu No. 4 in A-flat, D. 899, always evokes sadness for me, reminding me of a difficulty period in my life. With its delicate, fluttering semiquavers and poignant harmonic shifts, work is tinged with melancholy, despite ending most emphatically in the major key.


Chopin’s funeral march is one of the most iconic compositions on the subjects of mourning and death. Even if you aren’t a regular concertgoer, there is the chance that you have heard that melody as an expression of popular culture; in cartoons, computer games, or ring tones. Such parodies aren’t new, as there is evidence that it traces back to the origins that inspired Chopin to write his own funeral march. To me personally, parodies of funeral marches signify a basic human ambivalence and incongruity towards mortality. Sadly, I have experienced some very painful losses in recent times, and Chopin’s funeral march echoes that great sense of solemnity and bereavement. However, it is a never-ending source of hope when Chopin, within the space of a single measure turns to a consoling and eternally calm lullaby.

Decades spent discussing the controversies of musical interpretation and ornamentation with a knowledgeable old school friend ended unexpectedly, when his life was prematurely cut short. Echoes of these discussions linger on, contributing even now to my evolving points of view, notably on how best to sustain continuity of expression in the three full-bodied voices of Bach‘s chorale prelude Ich Ruf Zu Dir, Herr Jesu Christ, BWV 639. The piano performance by young prodigy Dinu Lipatti, shortly before he succumbed to cancer in 1950, comes closest to my ideal.

Our family tends to have huge family reunions at special times during the year. It’s a wonderful time to eat huge amounts of food, tell stories, and to share memories. One uncle always brings up funny or slightly embarrassing stories, but his wife prefers to bring up sad or difficult memories. When auntie is sharing these sad memories, our family draws together closer. We know that as a family, we will be able to overcome these sad times. And that’s the way I feel about Bach’s Air on a G String. It brings up memories of great sadness, but it also gives us great hope to overcome all difficulties if we remember our shared humanity.

Ernest Bloch’s Schelomo Rhapsodie Hébraïque for Violoncello and Orchestra written in 1915, was his final work. After World War I Bloch was drawn to the Bible’s Ecclesiastes. The cello is the tormented voice of King Solomon, lamenting the plight of human beings, “vanity of vanities—all is vanity.” There are three soulful sections where the cello, verging on despair, contemplates alone. But the work ends optimistically. The unconventional rhythms and Oriental and modal harmonies are captivating, and the huge orchestration allows for fascinating timbres, colors, and expansive emotions. For me it perfectly captures the anguish of the past as well as our current desolation.


Béla Bartók’s style known as ‘night music’ always seems to strike a sad chord. He paints a world of shadows, often with animals making their sounds. It always seems lonely and isolated, inward-looking, and repressed. And sometimes, it’s the perfect music for those times when you just don’t want to be happy. It’s raining out, you’re sad, and when you want to just revel in that dark corner.


I cannot remember the occasion in which I heard the ‘Pie Jesu’ from Fauré’s Requiem for the first time, but what I do recall is getting goosebumps whilst listening to it. Even without understanding the context of a requiem and without knowing a single word of Latin, the music directly tugged at my heartstrings. Whether it’s the stillness and the pureness of the music itself, or the intrinsically spiritual nature that permeates throughout, this piece never fails to make me feel a bit sorrowful every time I listen to it.

Chopin’s Ballade No. 4 in F minor makes me wonder how it must have felt in the early 19th century to hear one of Chopin’s Ballades for the first time. The expressive timbral world of the piano that Chopin opened up made the instrument a vessel for untold new powers of expression, and these pieces still have that power over me today. Few composers have since equalled the force of emotion that Chopin achieved with his Ballades, particularly the fourth, and I still find it hard to put into words how I feel when I hear this music – a mixture of bittersweetness, nostalgic loss, and stillness.


My mother, who died prematurely when I was very young, was a proficient, though incomplete pianist. She fought with Bach, she struggled with Chopin, she stumbled with Liszt. But she embraced Debussy. Clair de Lune from the French composer’s Suite Bergamasque was her pièce de résistance. It was the one composition that her fingers controlled to perfection, such that she could actually imbue the music with her feelings, rather than just focus on technique. To this day, it uncontrollably brings tears to my eyes. Though it evokes sad memories inextricably linked to her illness and death, the music’s incomparable power also lifts me up and brings me hope and joy.

There are so many pieces that bring up sad memories, but it is a quirky little piece that once you hear it, you want to hear it again and again that does it to me. The group who created it even have a quirky name, Penguin Cafe Orchestra.

Someone in this avant-garde pop group must have thought long and hard to come up with the title of this piece, because it is like no other song title. The sound of someone you love who’s going away and it doesn’t matter. This gentle piece makes me sad, in a happy way. I love the playful violin.

Penguin Cafe Orchestra: The sound of someone you love who’s going away and it doesn’t matter

Sometimes sadness is a state of mind and sometimes it’s the state we’re in. Circumstances and situations may make us sad, but music can be our comforting support. What’s your music for sad times?