Composers Inspiration
Pyotr Ilyich Tchaikovsky (1840-1893)
“Truly There Would Be Reason to Go Mad Were It Not for Music.”
by Georg Predota October 9th, 2018
Tags: Tchaikovsky 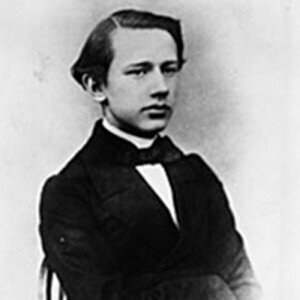 Tchaikovsky at the Conservatory, 1863

Pyotr Ilyich Tchaikovsky was, and still is, an international musical superstar. However, the first professional composer of consequence in Russia was an elusive man who simultaneously craved and loathed fame. In a letter to his music publisher, he writes, “I want to spend the summer in the country in Russia, because I’m fed up with trying to be something that I simply am not. I’ve simply got to the point where I want to say: ‘If you want to know me, love me, play me, sing me; crown me with laurels, adorn me with roses, burn incense to me, fine! If not, I don’t give a shit, and go to hell!” Maybe it is significant, and not simply in a Freudian way, that Tchaikovsky crafted his first serious attempt at composition in 1854, inspired by the traumatic loss of his mother from cholera. Formal Conservatory training brought the young composer in touch with his Western contemporaries, among them Robert Schumann. Attracted by Schumann’s musical dramaturgy and self-expression, Tchaikovsky funneled his Schumann impressions into the C-sharp-minor Piano Sonata writing during the final months before graduation.

Written during the very early stage of his career, it in not surprising that this Piano Sonata was published posthumously in 1900. As we might reasonably expect from a student work, it hardly sets the musical world afire, yet it certainly offers glimpses of musical marvels to come. Expanding his stylistic and emotional range, Tchaikovsky embarked on a series of musical explorations that sought its aesthetic or narrative from an external source. His first tone poem Fatum written in late 1868 takes some musical and orchestral elements from Franz Liszt and Richard Wagner, but according to the composer, “the programme was too personal to disclose.” Curiously, for the first performance, Tchaikovsky allowed a friend to attach verses by Konstantin Batyushkov, before the friend ever heard the music. The epitaph attracted harsh criticism, and Tchaikovsky destroyed the full score after the first performance. After his death, the work was reconstructed from the surviving orchestral parts and published as Op. 77.

Tchaikovsky was not merely concerned with the expressive and stylistic qualities of his composition, but intensely focused on musical craftsmanship. He had little to say about the inspiration behind his third symphony, composed quickly between June and August 1875. 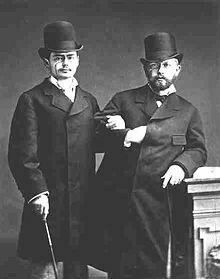 After the premiere, the composer supposedly remarked, “as far as I can see this symphony presents no particularly successful ideas, but in workmanship it’s a step forward.” While some critics consider it “the weakest and most academic of all his symphonies,” more positive assessments deem it one of the freest and most fluent orchestral scores to flow from Tchaikovsky’s pen. Juxtaposing academic conventions with fanciful, and relaxed dances, the work contains a “high degree of motivic and polyphonic intricacies, and the magical sound emerges from a combination of capricious rhythms and the fanciful manipulation of musical forms.” Fanciful form and rustic rhythms aside, the nickname “Polish” originated with Sir August Manns, who conducted the London premiere in 1899. Guided by Tchaikovsky’s marking of “Tempo di polacca” for the final movement, and no doubt influenced by reasons of publicity, he was adamant that the composer had no objections to the nickname. Hardly surprising as Tchaikovsky had been dead for six years already!

Tchaikovsky: Symphony No. 3 in D major, Op. 29 “Polish”
The process of working out a composition has rightfully been likened to psychological therapy. If ever there is proof to this assertion, we need to look no further than Tchaikovsky’s Violin Concerto. After the completion of his Fourth Symphony and the nervous breakdown caused by his disastrous marriage, Tchaikovsky escaped to the Swiss resort town of Clarens and into the arms of his compositions student Yosif Kotek. And while we might expect a work clothed in a drama and heartbreak, the violin concerto reveals no sense of anguish or struggle whatsoever. Tchaikovsky actually wrote about the new piece: “The first movement of the Violin Concerto is ready; tomorrow I begin the second. From the day I began to write it a favorable mood has not left me. In such a spiritual state composition loses all aspects of labour—it is a continuous delight.” Both Kotek and Tchaikovsky’s brother Modest were dissatisfied with the original slow movement and asked him to rewrite it. Tchaikovsky replaced it with the “Canzonetta,” supposedly written in a single day. Happy days indeed!