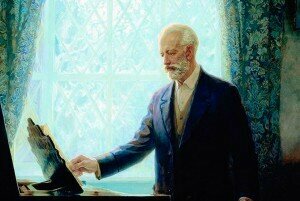 Boris Asafyev, one of the founders of Soviet musicology, wrote the following summary assessment regarding Pyotr Ilyich Tchaikovsky, “He was the first composer of a new Russian type… in a deeply original, personal and national style he united the symphonic thought of Beethoven and Schumann with the work of Glinka, and transformed Liszt’s and Berlioz’s achievements in depictive-programmatic music into matters of Shakespearian elevation and psychological import.” It is hardly surprising to find the presence of Ludwig van Beethoven in Tchaikovsky’s early music. In order to graduate from the Saint Petersburg Conservatory, his professors decided that Tchaikovsky should write a cantata for chorus and orchestra on the text of Schiller’s “Ode to Joy.” As he writes to a friend, “… my work is entering a very serious phase. In order to finish my conservatory course I have been set a large composition, for which I require quiet, peace, and access to an instrument.” In the end “K’radosti” (To Joy) owes nothing to Beethoven in style, as Tchaikovsky tried exceedingly hard to avoid any comparison to Beethoven’s setting.

The Russian equivalent of the German Lied was the most popular genre in Russian music during the later part of the 19th century, and very few Russian composers actually dared to ignore it. The “Romance” became a crucial part of Tchaikovsky’s oeuvre as well, and it enjoyed enormous popularity among Russian audiences.

Tchaikovsky with Ilya Gintsburg © A. Nasvetevich

In all, he composed 103 songs that present music of great ingenuity, melodic appeal and “natural flow of emotions.” It has been suggested, “their heightened emotional temperature is a reflection of Tchaikovsky’s inner turmoil; he was prone to insomnia, fears and extreme fluctuations of mood, from depression to elation. He could easily cry both from joy and from gloom, and his unique sensitivity, which made his governess call him “a boy of glass,” did not diminish with the years.” In his range of topics Tchaikovsky referenced Schubert, while the prototypical song is modeled on Robert Schumann. Contemporary critics considered his Romances not Russian enough, and Soviet critics dismissed them as “teary and sentimental.” Mind you, there has been much condescension in English-language criticism as well, as Western scholars questioned the “musical connotations of poetical meaning.” Be that as it may, Tchaikovsky was not concerned with musically setting every detail of the text, but he creates a “memorable musical image that transforms into a compact and expressive musical poem.” 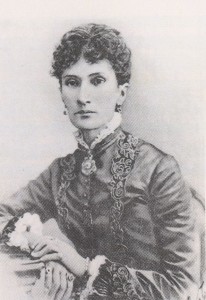 When representatives of Thomas Edison and his newly invented phonograph crisscrossed the European Continent, Tchaikovsky was asked to play something on the piano or at least say something. Tchaikovsky refused, “I am a bad pianist,” he said, “and my voice is raspy. Why should one eternalize it?” Raspy voice aside, we do know that Tchaikovsky was not a bad pianist. It is true that his works for solo piano have been accorded secondary status primarily because a good number of them had been composed for the lucrative amateur market. And truth be told, his piano miniatures, frequently published in collections, sold exceptionally well. Yet as scholars have suggested, “piano music did not fully engage Tchaikovsky’s creative imagination, and he did not develop a distinctive idiom for the instrument, as Chopin and Liszt had.” Nevertheless, among his oeuvre we find charming miniatures like The Seasons. This set of 12 pieces takes us through the calendar year, from the fireside in January to Christmas in December. Commissioned by the periodical Nouvelliste, each monthly issue was to contain the appropriate piece. Apparently, Tchaikovsky instructed his servant to remind him when each piece was due.

Tchaikovsky: The Seasons, Op. 37b

Tchaikovsky wrote to his benefactor Nadezhda von Meck in 1879, “In writing an opera the author must constantly keep the stage in mind, that is, remember that the theatre requires not just melodies and harmonies but also action; that one must not abuse the patience of the opera audience, which has come not only to listen but also to look; and, finally, that the style of theatrical music must correspond to that of the set-painting, which means it must be simple, clear and colorful.” Tchaikovsky finished ten operas, of which nine survive complete and one survives in two versions. Scholars rightfully accord him the role of the pre-eminent Russian operatic composer, “despite an eclecticism of subject matter and style that has impeded critical acceptance of his work, especially in the West.” Tchaikovsky’s music, above all, reflects human emotion and the roller coaster ride of the human experience. Tchaikovsky tellingly wrote, “I have found nothing—neither religion nor philosophy, to ease my troubled soul. But I would go mad were it not for music. Music is heaven’s best gift to humanity. It alone clarifies, reconciles and consoles.”