Features
Instruments of the Orchestra XII: The Tuba
by Maureen Buja July 20th, 2015 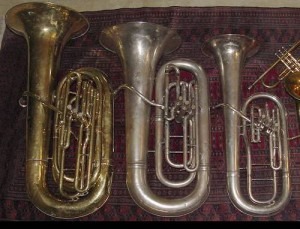 The youngest instrument added to the orchestra is also the largest. At the bottom of the brass section, providing the support to carry all those other brass and wind instruments is the tuba. It made its appearance in the modern orchestra in the mid-19th century, making one of the newest additions to the orchestra.

These stalwart supporters are usually unique in an orchestra – you rarely have music for more than one. But, the tuba has important parts in many different orchestral works, including:

Modest Mussorgsky (as orchestrated by Ravel): Pictures at an Exhibition: IV. Bydlo, where the heavy slowness of the music is perfectly caught in the tuba sound. The title, “Bydlo,” is the Polish word for “cattle” and Hartmann’s watercolor depicted a typical peasant ox-drawn wagon with enormous wooden wheels.

Mussorgsky (orch. Ravel): Pictures at an Exhibition: IV. Bydlo (St. Petersburg Mariinsky Theatre Orchestra; Valery Gergiev, Conductor)
In Respighi’s piece of program music, The Pines of Rome, the final movement, The Pines of the Appian Way, depicts the entry of the Roman army into Rome through the southern road of the Appian Way. The tubas again lend their weight and give us the sound image of the large army moving in triumph home. 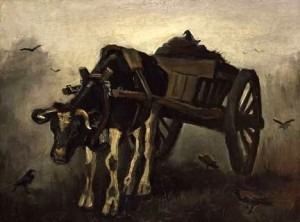 Respighi: The Pines of Rome: IV. The Pines of the Appian Way. (Royal Philharmonic Orchestra; Enrique Batiz, Conductor)
In Gustav Holst’s tour of the galaxy, The Planets, the tuba makes a contribution to the solemnity and finality of Saturn, The Bringer of Old Age.

Holst: The Planets: V. Saturn, The Bringer of Old Age (London Symphony Orchestra; Geoffrey Simon, Conductor)
There are many other orchestral works where the tuba plays a part, but it is in the many tuba concertos that it can really shine. Concertos have been written by many composers, including Ralph Vaughan Williams, John Williams, Alexander Arutiunian, Kalevi Aho, and many others.