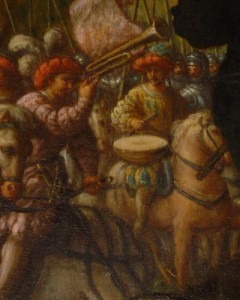 Untuned Percussion includes many more kinds of drums, such as the Snare drum, Bass drum, Tom-tom, Tam-Tam, and Bongos. A small drum with metal jangles on it is the Tambourine. The metal instrument that can ring out over the entire orchestra is the Triangle and the crash comes from the Cymbals. The wood block makes a hollow sound and the maracas are a kind of rattle.

Early percussion in the classical symphony usually only consisted of timpani, large tuned drums that could supplement the bass. 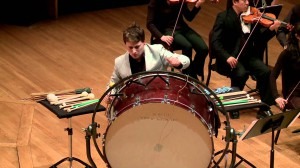 These large drums came to the orchestra from the battlefield, where they were played from the back of horses to help coordinate the large army on the field.

In Orff’s Carmina burana, they start the first movement off with a real bang! 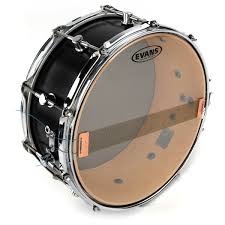 and side drums, including snare drums. The side drums are various sizes and when they have a set of wires strung across the bottom of the drum, they can also have a buzzing sound, making the snare drum sound.

One prominent use of the snare drum is in Ravel’s Bolero, where the drummer has to repeat the same 2-measure pattern 170 times in a row. 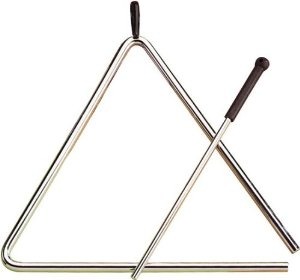 The tambourine shows up in places where excitement is building in the orchestra, such as in Rimsky-Korsakov’s Sheherazade, where, starting at 00:38 and continuing through the movement, the tambourine makes an appearance.

Rimsky-Korsakov: Sheherazade: IV. Festival at Baghdad – The Sea. (Philharmonia Orchestra; Enrique Bátiz, conductor)
Note also how other percussion instruments, including the cymbals and drums, also contribute to that sense of excitement. With its little bursts, it’s almost as though a parade is quickly passing in and out of hearing. 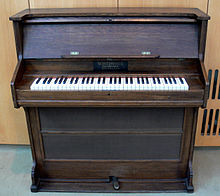 An unusual use of the Triangle is in Liszt’s first piano concerto where the third movement starts with an unlikely duet between the piano and the triangle.

Liszt: Piano Concerto No. 1 in E flat: III. Allegretto vivace. (Lise de La Salle, piano; Gulbenkian Orchestra; Lawrence Foster, Conductor)
The celesta is one of the most beautiful and ethereal instrument sounds in the orchestra. It looks like a small piano, but instead of strings inside, it has metal plates over wooden resonators.

The name of the instrument, celesta, means “heavenly.” The instrument was invented in the late 19th century in Paris and had one of its earliest appearances in Tchaikovsky’s Nutcracker in the ‘Dance of the Sugar Plum Fairy’. The sound was so new that the audience didn’t know what instrument could be responsible.

Tchaikovsky: The Nutcracker, Op. 71: Act II Tableau 3: Variation 2: Dance of the Sugar-Plum Fairy (Russian National Orchestra; Mikhail Pletnev, Conductor)
All of the instruments in the percussion section are used to underline the rest of the orchestra, either through an exclamation point provided by the drums or cymbals, or as a line that keeps the whole sound field in order, as we heard with Ravel’s Bolero. Whatever its use, the percussion section adds real colour to the orchestra and without it, so much of the excitement would be missing.