In Tune Society
Too Good for Hong Kong
by Georg Predota July 19th, 2015 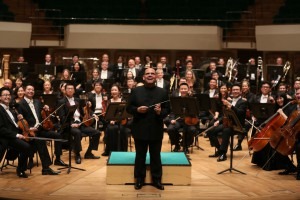 The HKPhil has recently been under fire for actively suppressing local artistic talent. A quick glance at the orchestra’s 2015-2016 concert season, merely featuring one local conductor, a pop singer and a magician, clearly seems to support that impression.
In response, a petition was signed by local artists and supporters and handed to the government. Given the HKPhil’s dismal record on promoting and involving local talents, artists were rightfully seeking clarification on the orchestra’s commitment and position on that sensitive topic.

Opinions have been exchanged, verbal knives sharpened, and battle lines drawn! However you turn it, it is an open and shut case in favor of local talent; and that is still true even when you take a closer read at some of the statements uttered by the signatories of the petition.

Doming Lam: Ancient Melodies
The internationally acclaimed, highly respected and easily the most famous composer to sign the petition, Doming Lam, dejectedly wrote, “If I could write as good as Beethoven, I would perform my work in Europe and not Hong Kong.”

Surely, this is an extraordinary statement coming from the recognized pioneer of New Music in China. Born in Macau, Lam began his musical studies in Hong Kong, and furthered his musical education at the Royal Conservatory in Toronto and the University of Southern California. As a founding member of the Asian Composer’s League and through his active engagement with the Hong Kong Composer’s Guild and the International Society for Contemporary Music, he tirelessly promoted contemporary music in Southeast Asia. His own compositional approach, which relies on the fusion of his traditional Chinese roots with Western avant-garde techniques, has provided inspiration for younger generations of local composers, and accorded Lam international acclaim.

It is rather incomprehensible to me that a composer of Lam’s status would consider himself to be a second-rate composer! It’s rather obvious that he considers the Hong Kong music scene to be second-rate, but that might simply be a matter of personal opinion. That being the case, however, why would he reasonably expect support from them? Apparently, the artist’s petition even made waves away from Hong Kong; given Lam’s jumbled and resigned pessimism, one has to reasonably wonder whether it did not originate from outside Hong Kong as well.