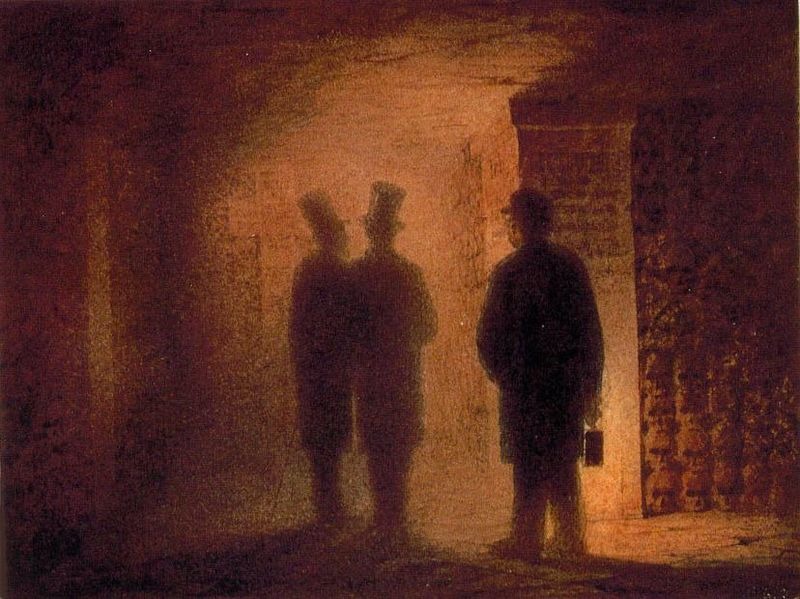 Paris catacombs(with the figures of V. A. Hartmann, V. A. Kenel, and a guide, holding a lantern)

Modest Mussorgsky’s piano work Pictures at an Exhibition take us on a tour around an art gallery of the work of the Russian artist and architect Viktor Hartmann. The seemingly passive title might be clearer if we look at the full title from the Russian: Картинки с выставки – Воспоминание о Викторе Гартмане, Kartínki s výstavki – Vospominániye o Víktore Gártmane, Pictures from an Exhibition – A Remembrance of Viktor Hartmann. 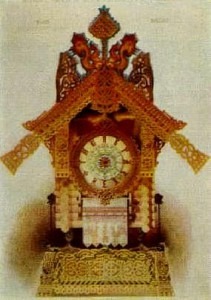 Mussorgsky and Hartmann met in 1870 and it was Hartmann’s unexpected death in 1873, at age 39, that prompted the exhibition of his works. The art critic Vladimir Stasov collected together some 400 of Hartmann’s works and it is Mussorgky’s piano piece that takes us through the exhibition. Mussorgsky was inspired by the art and wrote the work in a mere 6 weeks, writing to Stasov ‘…sounds and ideas hang in the air, I am gulping and overeating, and can barely manage to scribble them on paper.’ Now, however, most of Hartmann’s works are lost and we do not know for certain what pictures Mussorgsky was seeing in his compositional mind. We do know, however, that Mussorgsky did own the two paintings that were the inspiration for piece no. 6.

The piece is constructed around the idea that you, the viewer/listener, are walking around the exhibition. You stop, look at a few pictures, and then move on. This walking theme, the Promenade, changes as we are affected by the art we have seen, but remains highly recognizable. 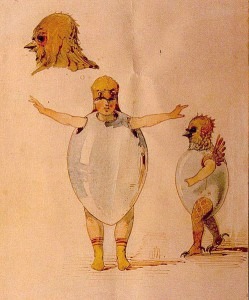 Promenade
No. 1. Gnomus
Promenade
No. 2. Il vecchio castello
Promenade
No. 3. Tuileries (Dispute between Children at Play)
No. 4. Bydło
Promenade
No. 5. Ballet of the Unhatched Chicks
No. 6. Samuel Goldenberg und Schmuÿle
Promenade
No. 7. The Market at Limoges (The Great News)
No. 8. The Catacombs (Roman sepulcher) and With the Dead in a Dead Language
No. 9. The Hut on Fowl’s Legs (Baba-Yagá)
No. 10 The Great Gate of Kiev 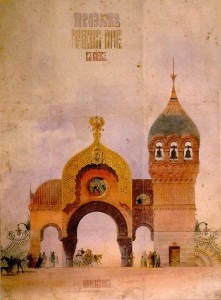 Project for a city gate in Kiev–main façade

The images vary from a design for a nutcracker (No. 1. Gnomus) to a large architectural design (No. 10. The Great Gate of Kiev). Humor comes with designs for a ballet (No. 5. Ballet of the Unhatched Chicks) and folklore in Baba Yaga’s Hut on Fowl’s Legs (No. 9). The daily life of common people is shown in Tuileries (No. 3) and the Limoges market (No. 7), with the market folk discussing some great news they’ve heard. The heaviness of Bydlo (No. 4) can be read in the name, ‘Cattle,’ while the difference between the rich man and the poor man comes out in Samuel Goldenberg and Schmuÿle (No. 6). A solemn note is struck with the visit to the Paris Catacombs (No. 8) and its second part, With the Dead in A Dead Language, was imagined by Mussorgsky as being a connection with his dead friend: “The creative spirit of the dead Hartmann leads me towards the skulls, invokes them; the skulls begin to glow softly from within.” 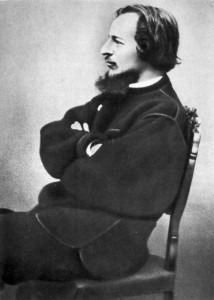 It’s rare that we have such direct imagery of so many works of art in one place and in his music, Mussorgsky has brought us back with him, to tour the exhibition, and to remember and celebrate his talented friend. Mussorgsky wrote this for piano and yet, the most often heard versions are for orchestra, which we’ll look at later.