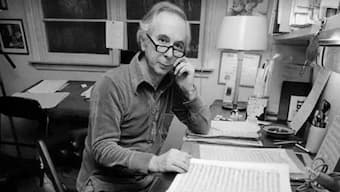 The violin virtuoso Niccolò Paganini (1782-1840) wrote his set of 24 Caprices for Solo Violin between 1802 and 1817. Dedicated by Paganini to ‘all artists’ upon its publication by Ricordi in 1820, his own score carries names of performers and composers against each of the 24 pieces, including the Norwegian violinist Ole Bull (No. 4), Franz Liszt (no. 7), Louis Spohr (no. 15), and, against the last one, his own name.

Each Caprice is really an étude, with every caprice laying out different technical skills, such as arpeggios (no. 1), multiple stops in thirds (No. 4), up-bow staccato (no. 10), use of one string as a drone while playing a melody on two other strings (no. 20), and so on. The 24th Caprice, dedicated to himself, is, of course, the most challenging technically, involving fast scales and arpeggios, double and triple stops, and left hand pizzicato, just as a start. 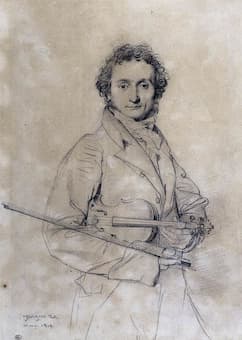 Rochberg described his music after 1970 as part of an ‘all at once world’ where musical elements from whatever stylistic period he chose was open for his use. He had left serialism seven years earlier and his new tonal style, described as neo-romantic or even ‘neoconservative postmodernism’ brought tonality back into music. He famously said that ‘All human gestures are available to all human beings at any time,’ calling into question the whole idea of stylistic obsolescence. As much as the 20th century believed in change, Rochberg was advocating a look backward to styles that were popular in former times.

Rochberg’s own instructions are that the 51 variations can be played in any number and in any order. Going through the variations in order, ideas become more and more complex, linearity drops by the wayside, and we plunge deeper and deeper into the wide world that Rochberg has opened until, at the end, the variation theme is presented for the first time. When you finally hear it, it comes as a shock, since we’ve been listening to it (but not quite hearing it) for the previous hour and a half. 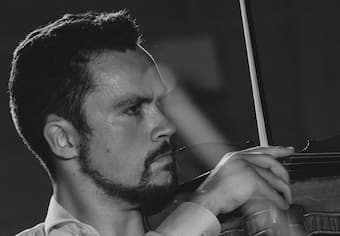 A new recording of the Caprice Variations has just been made by Léo Marillier. As befits a work based on Paganini’s own virtuosic writing, the demands of this work are considerable, on the musical, artistic, and technical levels, and Marillier delivers. Working on the piece over the past seven years, Marillier brings us a performance that has a world of thought in it. There’s a constant switching of mood between the variations and Marillier takes us with him on that journey.