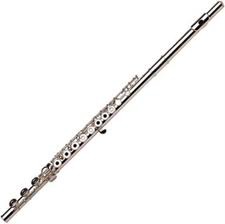 When we think of flutes, we think of the common concert flute – silver, about 67 cm (26 inches) long, pitched in the key of C.

That’s just the start of the flute family, albeit the most familiar. If we start at the very short end, we have the piccolo. With ‘piccolo’ meaning ‘little’ in Italian, the full name is really the piccolo flute, but it’s most commonly just shorted. 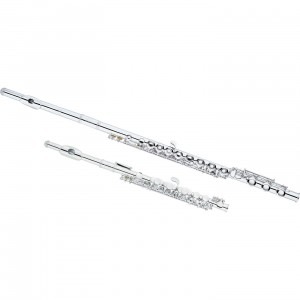 The modern piccolo can be made of silver, as shown here, or made of wood. It was first mentioned in flute method books by the 1740s but it was Beethoven who confirmed the instrument as part of the orchestra by including it in his Egmont Overture and in Symphonies 5, 6, and 9. The instrument plays an octave above the concert flute.

In his Thunderstorm movement, the piccolo provides a sharp driving sound, particularly around 02:15.

The third flute, called that because it’s pitched a minor third above the concert flute and was used by Mozart in Abduction from the Seraglio, by Beethoven in Symphony No. 9, Tchaikovsky in The Nutcracker, and in modern flute choirs.

Continuing down, we have the flûte d’amour, pitched a minor third below the concert flute. Verdi used them in Aida, but, by that time, the flute d’amour was so rare, they had to be specially made. It has really vanished from the modern orchestra. 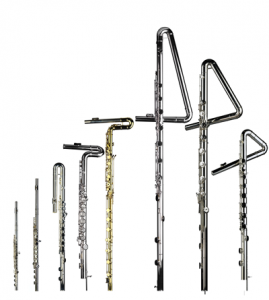 There is no tenor flute – we move directly to bass and contra bass flutes. Now, the problem of length is solved by a change in the format of the flute – the flute doubles back on itself to take up space.

When you get beyond the bass flute, it’s no longer possible for the player to support the flute and the very lowest pitched flutes are played standing up, with the head joint at 90 degrees to the flute body.

In this Texas flute choir concert, we can see all varieties of flutes, including that upright flute standing at the back.

As you watch the flutists play, notice their hands and how, for the bigger instruments, they have to hold the instrument differently, particularly for the very large instruments in the front row on the left.