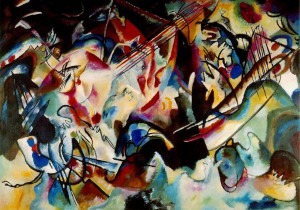 “Must we not then renounce the object altogether,
throw it to the winds and instead lay bare the purely abstract?”
Vasily Kandinsky, 1911

In the early years of the 20th century the relationship between the arts and music was at its closest and most influential. This was the very focus of a recent exhibition at the Museum of Modern Art in New York (MOMA), INVENTING ABSTRACTION 1910-1925 – HOW A RADICAL IDEA CHANGED MODERN ART. Over the next three months, I will explore this interesting relationship between painters, writers and composers.

Starting with Impressionism, i.e., with the works of Pissarro, Monet and Renoir amongst others, we can already see that the painters were no longer interested in reproducing objects as they were seen in reality, but instead they depicted the effect the object produced. Forms became dissolute, transitory — as in Monet’s paintings of Haystacks or Rouen Cathedral. Cézanne’s paintings took this one step further in that color alone structured his landscapes and still-lifes. His visible brushstrokes, all applied in the same direction, implied the presence of a “temperament”, as he called it. Nature was reflecting itself and thought itself through him (“le paysage se reflète et se pense en moi”). Multiple perspectives of objects seen from different vantage points were all depicted on the flat picture plane – contrary to the dictum of the Renaissance. In their analytic and synthetic cubist period Picasso and Braque went further still in taking objects apart, but never reaching total abstraction, since parts of objects could always be deciphered. 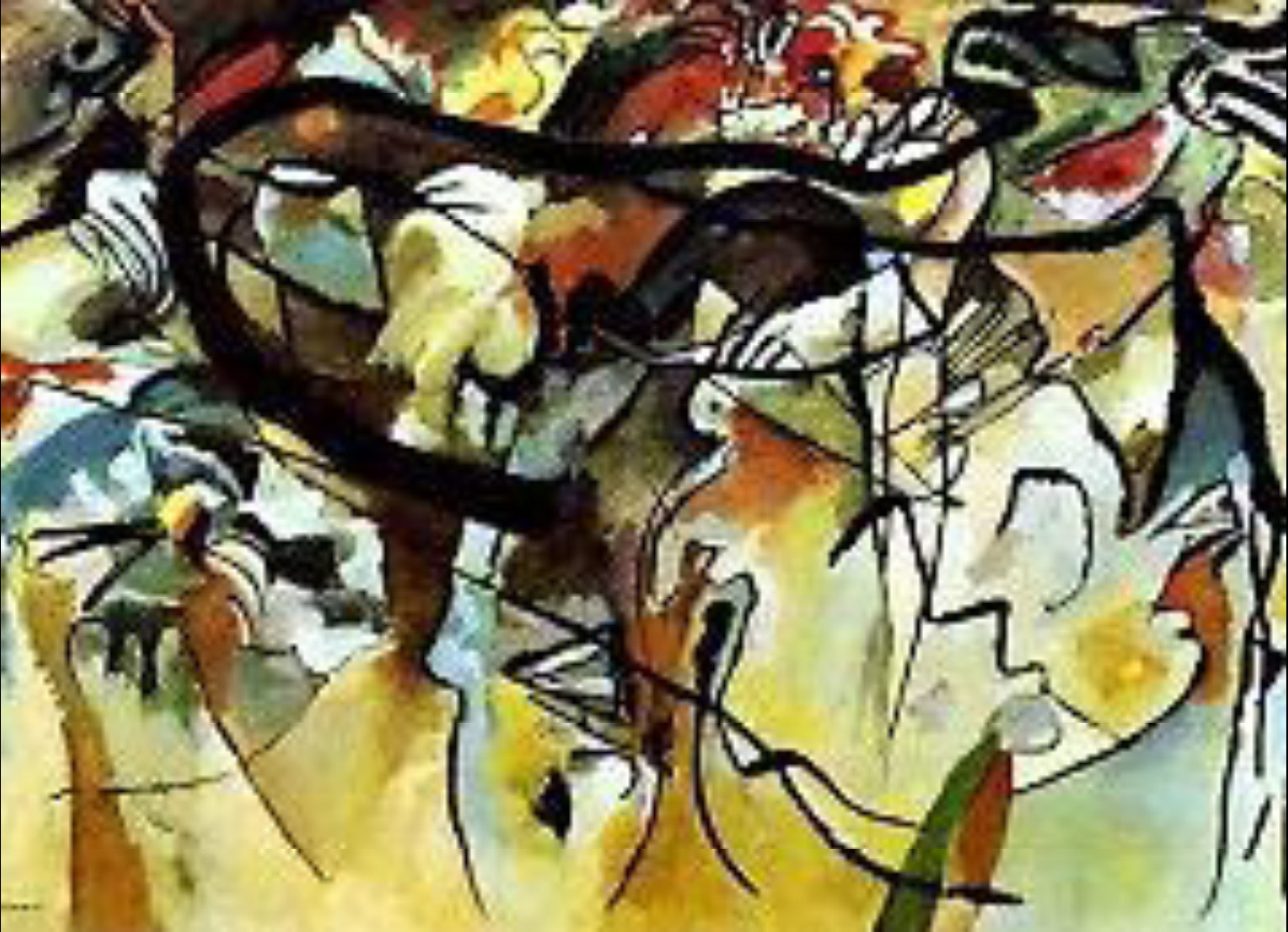 In 1911, having founded the Secessionist group in Munich ‘Der Blaue Reiter’ (The Blue Rider) with Franz Marc, Gabriele Münter and Aleksei von Jawlensky, Vasily Kandinsky published ‘Über das Geistige in der Kunst’ (On the Spiritual in Art), whose philosophical and coherent reflections became the prevalent theory of non-objective art. It is still recognized today as one of the most important texts and is considered the foundation of modern art. That same year, Kandinsky also exhibited his first abstract paintings, Composition V and Composition VI — a revelation to artists and writers such as Marcel Duchamp, Sonja Delaunay-Terk, Picabia, Klee, Arp, Severini and Apollinaire amongst others. As Kandinsky’s painting titles suggest, he considered painting as music, eliminating the barrier between music and painting, isolating pure emotion, artistic emotion. According to him, lines and colors in these paintings have the same effect as harmony and rhythm in music. It is not surprising that the Blaue Reiter group found that Arnold Schoenberg’s music, whose concert they attended in January 1911, replicated the very concepts Kandinsky revealed in his paintings, i.e., Kandinsky having removed figuration from his paintings as Schoenberg had moved away from tonality (cf. String Quartet No. 2, op. 10 and Three Piano Pieces op. 11).

After the concert, Franc Marc wrote to his friend August Macke “Can you imagine a music in which tonality (that is, the adherence to any key) is completely suspended? I was constantly reminded of Kandinsky’s large Composition (likely Composition II, now destroyed), which also permits no trace of tonality”. Kandinsky asked Schoenberg for a copy of his Harmonielehre (Theory of Harmony) and began working on his Composition V – a monumental work without any reference to content – dreaming “un-dreamed of possibilities… color concealed within itself”– the realm of absolute art.