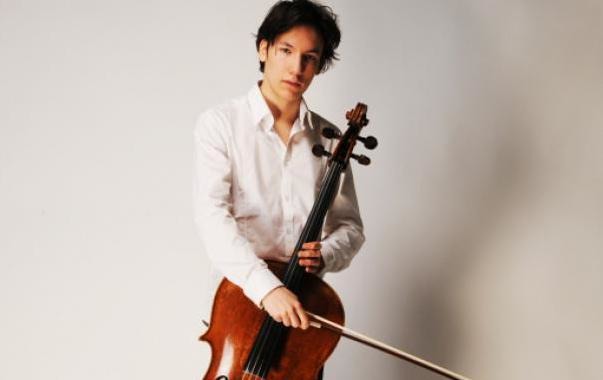 French cellist Edgar Moreau is already making waves on the solo circuit at the tender age of 20. He is currently completing his Masters studies at the internationally renowned Kronberg Academy in Germany, where a specialist programme is offered to outstanding young soloists – and there is no doubt that Edgar stands strong in his cohort. Success at an international competition whilst still a student at the Paris Conservatoire earmarked him as a rising star, and so I find out how he balances his life at such a young age.

I’m intrigued to find out how Edgar started – how did he choose the instrument?

‘I was four when I began playing the cello. I chose it because I fell in love with the human sound during a cello lesson of a little girl with a man who became my first teacher!’

In just 13 years, Edgar went from being fascinated with the cello’s sound to winning second prize in the International Tchaikovsky Competition, entering into the legacy of previous winners including pianists Boris Berezovsky and Vladimir Ashkenazy, and violinist Viktoria Mullova. Being the runner-up in such a high-profile event at such a young age is a life-changing experience. Edgar recounts, ‘It changed my life because before the competition I was a cello student at the Conservatoire de Paris, and still a student afterwards, but also now a soloist!’

Despite this early success, Edgar is still keen to learn more. ‘After the competition I began performing for concerts, getting contracts with a manager. But I’m still pleased to learn, I need to!’

Edgar takes his busy schedule of international commitments in his stride. ‘I loved performing at the Musikverein in Vienna. I enjoyed performing in Malaysia with the Malaysian Philharmonic Orchestra, in Caracas with the Youth Orchestra of Venezuela – the musicians are so involved in the music! I like discovering new countries, new cultures…’

Travelling can take its toll on musicians at all stages in their careers, especially while still studying at one of the world’s top institutions. You’re expected to be on top form even when anything from jet lag to limited practice time can hamper your performances. ‘This week, I’m flying to Norway a few days after having been to Russia. It’s sometimes difficult when you have to perform to your best level one day in Moscow, and then the day after in a live broadcast for Medici TV in Paris!’

‘The biggest challenge I faced was in Toulouse with Mariinsky Orchestra under Gergiev. I had to perform Shostakovich’s Second Cello Concerto with no rehearsals with the maestro himself. It was the first time I’d performed this piece in public too – but fortunately, it was a fantastic experience.

‘I enjoy playing both solo and chamber music – as a soloist, I can ‘taste’ the different orchestras’ colours, and with chamber music, I meet other musicians. I like musical communication’, Edgar explains. Not many of us can say we’ve played a concerto with Valery Gergiev by our early twenties, but for Edgar this is just the beginning. By the time he leaves the inspirational setting of Kronberg, he will no doubt continue to conquer the solo circuit and build his reputation as an eminent cellist of our generation.