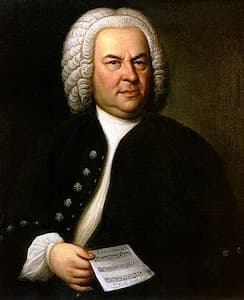 In the course of your instrumental studies or attending concert performances you might have come across works title “Partita.” It is a slippery term, and throughout history it has designated a number of different concepts. At times it was used to indicate a variation, a piece, a set of Variations and a Suite or other multi-movement genres. In the late 16th and early 17th centuries it was applied to variations or elaborations on a bass of a traditional tune. Over time this evolved into a collective term for a set of variations. This musical application seems to have been rather popular in Italy, with keyboard compositions thus titled by Trabaci, Frescobaldi, Rossi, Strozzi and Scarlatti. However, this musical form also made it into Germany and Johann Sebastian Bach (1685-1750) composed a number of Partitas on various chorale melodies. 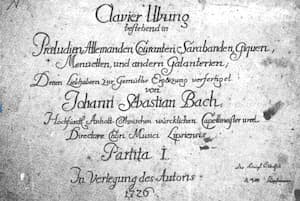 As the 17th century progressed, “Partita” acquired an additional meaning in Germany. Whether by design or linguistic uncertainty, the “Partita” was considered a kind of instrumental piece made up of connected sections or movements. As the word “Partita” appears in dictionaries as “consignment, item or game,” it evolved into a collection of contrasting movements of dance character, something that we would call a “Suite.” Johann Sebastian Bach individually published a set of six keyboard suites titled “Partitas” starting in 1726. The entire set was published in 1731 as his “Clavier-Übung I.” The six partitas for keyboard are the last set of suites Bach composed, and they are the most technically demanding. Above all, the Partitas are some of the most sublime instrumental compositions that Bach ever composed. 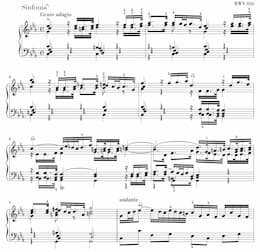 Johann Sebastian Bach’s systematic exploration of stylized dance music and music based on dance rhythms represent some of his greatest musical achievements. In all, he composed three sets of dance suites for solo keyboard, each consisting of six individual suites. The French Suites are compact and light in characters, while the English Suites have more extended opening movements. The Partitas, chronologically composed last, offer music on the grandest scale. Remarkable for the extreme technical demands they place on the performer, each Partita opens with an elaborate, ornate and complex movement that is structurally unique with respect to the other five. The C-minor Partita is one of the best known and frequently performed suites; it is also one of the most eccentric. The opening “Sinfonia” functions as an overture and imparts a high degree of seriousness. An austere and highly dissonant French overture introduction gives to highly decorated melody over a walking bass line. It concluded with a lively and animated two-part fugue, “an astonishing progression of moods that defines the ambitious scope of this suite.” The Bach biographer Nikolaus Forkel wrote in 1802. “Such excellent compositions for the clavier had never been seen and heard before. Anyone who had learnt to perform well some pieces out of them could make his fortune in the world thereby; and even in our times, a young artist might gain acknowledgment by doing so, they are so brilliant, well-sounding, expressive, and always new.” 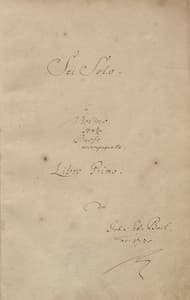 Johann Sebastian Bach was an accomplished violinist. He probably received first instructions on the instrument from his father, and his first official post engaged him as a violinist. As such, it is hardly surprising that Bach would compose music for his own performances. And his Solo Violin Sonatas and Partitas, BWV 1001–1006, might easily have served this particular purpose. We learn from Bach’s student Johann Friedrich Agricola, that these pieces “were personally so meaningful to Bach that he would often sit at the harpsichord and play for himself keyboard versions of the works.” They are dated 1720 on the manuscript, but it is likely that they had been composed between 1708 and 1717, during Bach’s stay in Weimar.

At any rate, Bach’s contemporaries were not really warm to these solo compositions, and Schumann and Mendelssohn actually published accompaniment to clarify the harmony. It is unbelievable to think that the entire set was first published only in 1802, and that the first complete recording was made by Yehudi Menuhin in 1936. These Partitas offer a synthesis of dances borrowed from all over Europe, and the first four movements of the Partita No. 2 follow the order of a traditional Baroque dance suite. While this pays homage to one branch of the Partita DNA, the massive concluding Chaconne addresses the other branch; it is a monumental set of variations on a ground bass. In Bach’s hands, both Partita traditions combined in one unbelievable composition. 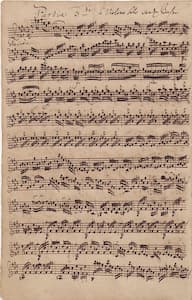 Carl Philipp Emanuel vividly remembered his father’s violin playing. “In his youth, and until the approach of old age,” he reports, “he played the violin cleanly and penetratingly, and thus kept the orchestra in better order than he could have done with the harpsichord. He understood to perfection the possibilities of all stringed instruments. This is evidenced by his solos for the violin and for the violoncello without bass. One of the greatest violinists once told me that he had seen nothing more perfect for learning to be a good violinist, and could suggest nothing better to anyone eager to learn, than the violin solos without bass.” The Sonatas and Partitas for Solo Violin showcase Bach’s skill as both performer and composer. They demonstrate a level of “technical and musical mastery previous composers had not approached, and indeed, they are still one of the high peaks of the violin literature.” While the solo violin sonatas follow the habitual Baroque sonata layout of slow-fast-slow-fast, the partitas unfold as a sequence of dance-inspired movements. Bach held the opening movement of the Violin Partita No. 3 in particular high esteem, as he subsequently arranged it for an instrumental movement of a wedding cantata and a festive overture for a church cantata. 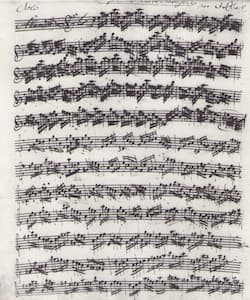 In 1917, the German musician Karl Straube discovered a manuscript entitled “Solo [pour une] flûte traversière par J. S. Bach.” Straube believed that he had found a Bach autograph, but more recent research has shown that two copyists had produced it. Looking at watermarks and paper types, it appears that a substantial part of the manuscript was copied in Leipzig around 1723/24, while the “copyist of the first five lines suggest that it may have been begun slightly earlier, between 1722 and 1723 in Köthen.” During his tenure as music director at the Calvinist court in Köthen from 1717-1723, Bach produced a prolific number of chamber and solo music. Among them the keyboard suites and inventions, the first book of the Well-Tempered Clavier, and the Brandenburg Concertos. Concurrently, the baroque flute was quickly becoming one of the most popular instruments among amateurs and virtuosos. This particular work was surely composed for the virtuoso, “as the technical demands of the unaccompanied Partita require the flutist to juxtapose melody with the illusion of harmony by quickly moving between registers.” It is scored in four instrumental-dance movements, but Bach never actually called it “Partita.” After much consideration and research, 20th-century scholars and editors affixed that specific designation.