Features
On This Day
30 November: Tchaikovsky’s Variations on a Rococo Theme Was Premiered
by Georg Predota November 30th, 2021
Tags: Tchaikovsky 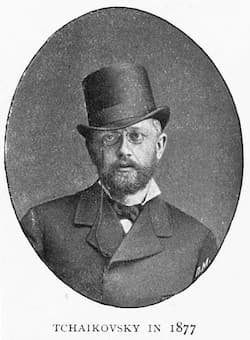 On 30 November 1877, the German cellist and professor at the Moscow Conservatory Wilhelm Fitzenhagen performed the premier of Tchaikovsky’s Variations on a Rococo Theme under the baton of Nikolay Rubinstein. Nadezhda von Meck wrote to Tchaikovsky, “today is the Symphonic Assembly and most importantly, Fitzenhagen is playing your Variations.” Tchaikovsky had supplied Fitzenhagen with a short score in 1876. Since he had no hands-on experience as a cellist, Tchaikovsky asked the performer to make the cello part more idiomatic and virtuosic. The result of this initial collaboration between composer and performer sounded on 30 November 1877. Interestingly, the version of this work as it first sounded on that day was not heard again until 1941, when Soviet cellist Daniil Shafran performed it. What happened to the work between 1877 and 1941 shines the spotlight on the frequently complicated relationship between composer and performer. 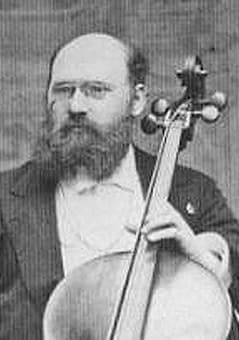 Two years after the Moscow premiere, Fitzenhagen played the first performance of the Variations outside of Russia, at a festival in Wiesbaden, Germany. He reports to Tchaikovsky, “I have the great joy of informing you that I made a great impression with your Cello Variations. I pleased the public so much that I was called back three times and even received stormy applause during the piece, after the andante in D minor. Liszt said to me ‘I admire you, you played superbly,’ and of your composition he said, ‘at last some real music again,’ surely the greatest compliment Liszt could make to you. I can foresee that I will have the greatest possible success with this piece everywhere and will therefore keep it always in my repertoire as a bravura piece. I have surpassed all cellists with it.” Between the Moscow and Wiesbaden performances, however, the work had undergone a number of changes, courtesy of Fitzenhagen. He kept modifying and adjusting the cello part, however, he also reshuffled the original order of the variations, composed transitional passages and even deleted an entire variation. 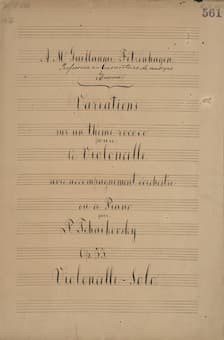 It’s not at all unusual for a piece of music to continue to evolve after it’s first presentation, but apparently Fitzenhagen did not inform Tchaikovsky. Instead he took the manuscript to the publisher P. I. Jurgenson. Jurgenson was not convinced and wrote to the composer, “Loathsome Fitzenhagen insists on changing your cello piece. He is determined to ‘cello-ise’ your piece and claims you gave him permission. Good God! Tchaïkovski revu et corrigé par Fitzenhagen!” Tchaikovsky’s initial offered few objections, and Jurgenson ended up published Fitzenhagen’s edition. That was also true of the full score, which was published in 1889. Ever since, cellists have continuously performed the Fitzenhagen version. It has been reported that Tchaikovsky eventually did have a forceful reaction to Fitzenhagen’s re-write. A close friend of Tchaikovsky, the cellist teacher and composer Anatoly Brandukok apparently related the following anecdote to his student Viktor Kubatsky. “During one of my visits of Pyotr Ilyich, I found him in a terribly irritated state. He had a look of a sick person. To my question ‘what is going on with you?’ – Pyotr Ilyich pointing his hand at the desk had pronounced, ‘Fitzenpupen (Fitzenhagen) was here, look what he has done with my composition, he altered everything.’ To my questioning, what he is going to do with the piece, Pyotr Ilyich answered: Hell with it, let it be as it is!” 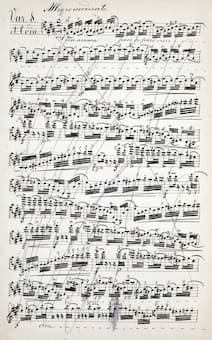 Ever since the original Tchaikovsky version was “rediscovered” in 1941, an aesthetic tug of war has been raging between biographers, scholars and performers. One biographer damned the Fitzenhagen edition as “deplorably corrupt,” while an eminent performer is highlighting “the positive aspects of the collaboration between Tchaikovsky and Fitzenhagen.” To be sure, a number of manuscripts contain markings by both Tchaikovsky and Fitzenhagen, and they never had a serious falling out. As Fitzenhagen wrote, “My dear friend, you must soon compose a cello concerto for me! I will again stand by your side with advice and help and would be very happy if you would satisfy my wish at last.” In this short overview I have included both versions of the Variations on a Rococo Theme. Please let us know which version you prefer, and why.