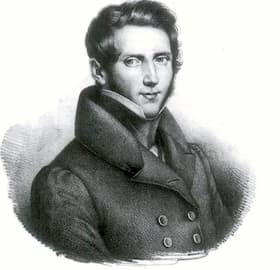 Gaetano Donizetti was born into abject poverty in the town of Bergamo on 29 November 1797. He was the fifth child of Andrea Donizetti, a custodian at a local pawnshop, and Domenica Nava-Donizetti. His older brother Giuseppe served as a bandleader, and eventually took on the duties of the Instructor General of the Imperial Ottoman Music at the court of Sultan Mahmud II. It has been suggested that “Donizetti Pasha” played “a significant role in the introduction of European music to the Ottoman military.” Neither parent, however, had any particular interest in music. As Gaetano later wrote, “I was born underground in Borgo Canale, just outside the walls of Bergamo’s upper city. One descended a cellar staircase where no suspicion of light ever penetrated. And like an owl I took flight, bringing upon myself now sad, now happy forebodings, not encouraged by my poor father, who always repeated to me that it was impossible that one should compose.” 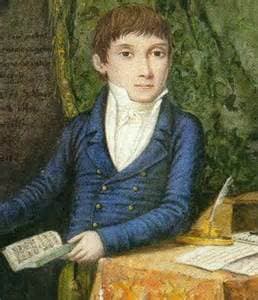 Donizetti as a schoolboy in Bergamo

Donizetti might never have been able to escape his windowless cellar dwelling on the hillside of Bergamo, if it hadn’t been for Johann Simon Mayr, Maestro di Cappella at the cathedral of S Maria Maggiore in Bergamo. He had established a school for the purpose of providing musical training, and Gaetano was accepted at the age of 9. Donizetti took classes in singing and keyboard, and later, in composition and theory with Mayr himself. Mayr soon reported that Gaetano “surpasses all the others in musical progress.” At the age of 14, Donizetti was asked to improvise a waltz at the piano while at the same time singing in recitative. Donizetti proudly declared, “I have a vast mind, a quick talent, and ready imagination—I am a thunderbolt at composing.” Biographers report that the 16-year-old Donizetti regularly failed to attend classes, and that he “made a spectacle of himself in town.” Regardless, Mayr provided some financial support for Donizetti to continue his studies in Bologna.

Gaetano Donizetti: String Quartet No. 13 in A Major (Alberni Quartet) 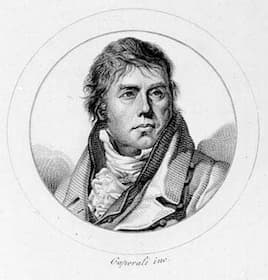 Donizetti secured a two-year scholarship, and Mayr also provided his young charge with letters of recommendation to the publisher Giovanni Ricordi and Marchese Francesco Sampieri. But most importantly, Donizetti was now able to study with the famous Padre Stanislao Mattei. Mattei had been the favored student of Padre Martini, and teacher to Rossini and Morlacchi. Mattei was renowned for teaching courses in counterpoint and fugue, and Rossini reported, “Mattei had few equals, but for the rest he was terribly taciturn.” We don’t know how Donizetti responded to Mattei’s teachings, but his initial years in Bologna probably consisted mainly of exercises in counterpoint and fugue. He also appears to have composed some “sacred music and possibly isolated operatic scenes to existing librettos.” At the urging of his father to open a piano studio, Donizetti returned to Bergamo in 1817. His first string quartets date from around that time, alongside a number of piano compositions. 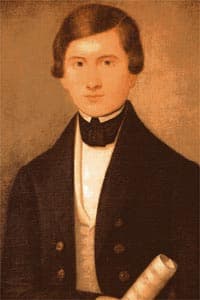 Donizetti as a young man

Mayr played the viola in an amateur quartet, and the second violinist detailed how Donizetti composed his quartets. “I was surprised when he produced quartets written alla Haydn, alla Beethoven, etc. Writing them he never approached the keyboard, not even for an instant. He evolved his compositions at his desk in his room, as though he wrote a note to a friend…He was able to compose in the midst of confusion, but if he heard anyone playing or singing, he would quickly break off his work, saying he could not continue.” Donizetti had been granted small professional opportunities in northern Italy, but in 1821 he was invited to compose a new opera for the Teatro Argentina in Rome. “The resulting work, Zoraid di Granata, was Donizetti’s most successful yet, winning him an invitation from the leading impresario of the time, Domenico Barbaja, to write for Naples.” Today we remember him as one of the most prolific Italian composers in the second quarter of the 19th Century, whose reputation invariably stands or falls with his 70 works for the operatic stage. However, as we have seen in this short tribute article, Donizetti was highly capable of dabbling in a variety of instrumental genres as well.