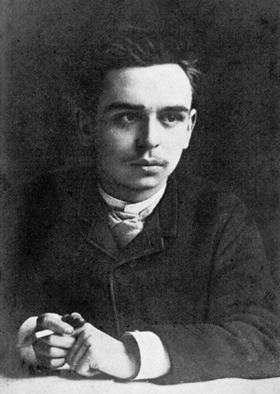 Poemes : No.3 Nocturne: version for soprano and piano quintet (1892)

Guillaume Lekeu (January 20, 1870 – January 21, 1894) was a Belgian (Wallon) composer. Born in Verviers, Lekeu took his first lessons at the conservatory in the city. At the early age of six, he began to learn the rudiments of music, as well as having piano and violin lessons. In March 1879, his family moved to Poitiers where Lekeu went to a local grammar school, and continued with his music studies.

In 1884, Lekeu was introduced to the works of Bach and Beethoven. This was the beginning of his vocation as a composer.

As early as 1885, Lekeu was fervently writing small pieces which he had great pleasure when performing with friends. He also took a great interest in Wagner’s lyrical dramas, and showed curiosity in works dating from the 17th to the 19th centuries.

In 1888, his family settled down in Paris. In the spring of 1889, Lekeu took lessons in harmony and composed his first orchesteral work, Introduction to Burgraves. In September of the same year, Lekeu met his first great master, César Franck, who taught him the writing disciplines, including counterpoint, harmony, fugue, etc., and advised him in a number of compositions, such as the prelude of Barberine, the Première étude symphonique, and the Deuxième étude symphonique on “Hamlet”.

After Franck’s death in 1890, Vincent d’Indy became Lekeu’s new teacher. In 1891, Lekeu took part in the competition of the Prix de Rome in Bruxelles, and obtained a Second Prix de Rome for his “poème lyrique et symphonique” Andromède. D’Indy liked the work and introduced Lekeu to Octave Maus, the secretary or the “Cercle des XX” in Bruxelles. Thanks to Maus, a number of Lekeu’s compositions were performed, including the famous Violin Sonata, commissioned and played by violin virtuoso Eugène Ysaÿe.

At the age of 23, Lekeu fell ill with typhoid fever and died in Angers just one day after his 24th birthday. He was buried in a suburb of Verviers.

Lekeu composed about fifty pieces during his lifetime. Today, most of them can be found in the archives of several conservatories, and some have been recorded a number of times, notably the Violin Sonata. His style shows influences of Franck, Wagner and Beethoven, though he was never a mere imitator of those masters. He used cyclic principles, and themes in his works often recur from movement to movement, as they do in a good many of Franck’s and d’Indy’s compositions. In general, Lekeu is regarded as a highly talented composer who died far too young.