Blog
How to Prepare for Rehearsals
by Oliver Pashley May 11th, 2021 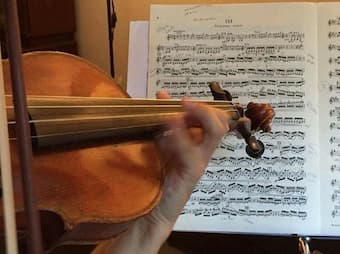 As a classical musician, we are often faced (in more normal times, at least) with the dilemma of having too many notes to learn and not enough time to learn them in. Concerts and opportunities come in at the last minute, sometimes leaving us barely enough time to practice the music before being thrust out onto a stage, gawping out into the cavernous arena as a hungry audience bays for entertainment. Ok, maybe that’s my performance anxiety talking, but before I get too overdramatic and mix my metaphors of musicians and gladiators any further, it is true that people have asked me in the past how we prepare for rehearsals, especially at short notice. How do we get ready for rehearsals? How do we choose what to practise and prioritise? And, perhaps more importantly, what gets left to chance in the rehearsal room?

The most simple, and perhaps obvious thing to take care of before a rehearsal is learning your notes. Nothing is worse than waiting for someone to get to grips with something they could have learned in their own time, and in a professional setting, it’s a sure-fire way to never get asked back again. Of course, there may be genuinely difficult things that, despite practice, still take putting together in the rehearsal room – no one is saying you have to be 100% perfect all the time or it’s curtains – but there’s a difference between spending rehearsal time working out a legitimate problem and wasting rehearsal time because you didn’t look at your music beforehand. 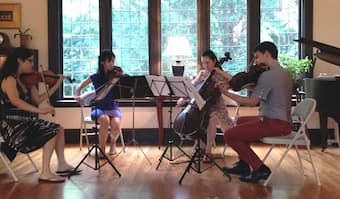 With this said, there might be instances where you just don’t have enough time to get everything under your fingers. If you get called up at the last minute to play in a concert you might not have time to play everything by yourself beforehand – but maybe the vast majority of what you have to play is sight-readable (unless you’re doing a last-minute concerto, but that’s a whole other story). And if there’s a tricky excerpt or something nasty that appears, then our training will have prepared us for this: it’s commonplace at conservatoires for students to learn the most infamous passages in the orchestral repertoire, not just to hone their technique, but on the off chance they’ll actually have to perform them in the future. The more work that’s done as a student, the greater the memory bank to fall back on later down the road.

While preparation is important, this shouldn’t be confused with needing to necessarily play every single note before the rehearsal starts. Part of the skill of working as a musician is being able to look at a part and laser out the bar or two that needs a bit of work while leaving the rest to the rehearsal. It might be that two bars of semiquavers stand out amongst a sea of semibreves, and so this is where the priority needs to be focused, especially for things like recording sessions, where the music may have been printed only minutes before the red light illuminates. 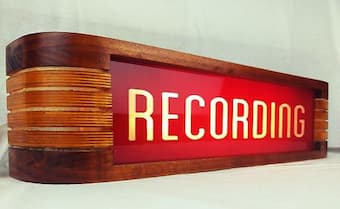 This might sound scary, but this is where the training kicks in. Things that might take an amateur ensemble time to get to grips with – tuning, balance, ensemble, and so on – are all taken as read before any of us even open our cases in the rehearsal room. We’re responsible for learning our notes, of course, but we’re also responsible for being responsive and adaptive, for learning to adjust on the fly – and this is something that you can’t prepare for alone.

Through our years of training, of performing in youth orchestras, taking part in masterclasses, doing courses, receiving lessons, attending concerts: these are when all the skills are learned and honed. In music college, there are certainly still things to learn, but there is also a focus on opening up, on being receptive to what’s going on around you: in simple terms, of listening.

Our personal practice only takes us so far. We can arrive with the notes under our fingers but unless we listen and respond in the moment, the music won’t go anywhere. If you show up reasonably prepared and with your ears open, you’ll avoid being thrown to the lions and live to see another day. Sorry, couldn’t resist.