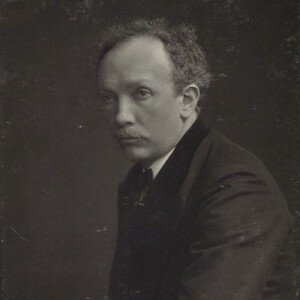 Richard Strauss used the world of literature in his song settings, from sixteenth-century poems by Shakespeare to the poems of his contemporaries such as Richard Dehmel. His experience in writing operas also developed his song-writing abilities. His first song, “Weihnachtslied’ (Christmas Carol), was written when he was six. His final collection, Vier letzte Lieder (Four Last Songs), were written when he was 84. 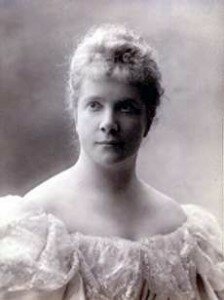 One particular collection of note is his Op. 27 set of 4 songs. These were written in 1894, as a wedding present to his wife, the soprano Pauline de Ahna. Her temper was (in)famous, and Strauss described her as ‘very complex, very feminine, a little perverse, a little coquettish, never like herself, at every minute different from how she had been a moment before.’ They were married for 56 years.

The songs are all about the happiness of being together and used poems by some unusual poets for the texts. The first poem is by Karl Frierich Henckell, a left-wing writer. When he set the first poem of op. 27, ‘Ruhe, meine Seele,’ Strauss sent a copy to Henckell who sent a note back saying that he’d been following Strauss’ work for a few months and had heard this setting of his poem, which he described as being ‘interpreted in music that shivers so lightly, with hardly a wave breaking.’ He went on to say, in reference to two particular lines, that Strauss had ‘magnificently’ captured the verses. He then gave instructions to his publishers to send some of his poetry volumes to Strauss should he be again inspired. 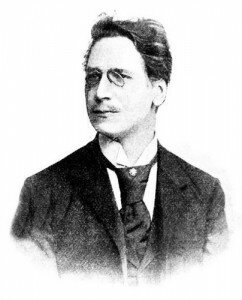 R. Strauss: 4 Lieder, Op. 17, Trv 170: No. 1. Ruhe, meine Seele (Gwyneth Jones, soprano; Geoffrey Parsons, piano)
The Socialist poet had a total of 9 poems set by Strauss between 1894 and 1901, and, with one exception, these poems were lyrical rather than political. Henckell valued his association with Strauss and at one point, suggested that they start a tour with ‘music and poetry evenings,’ but the plans fell through.

The second song in Op. 27, ‘Cäcilie,’ was written on 9 September, the day before his wedding to Pauline. The text, written by Heinrich Hart, is a song of pure love: ‘Wenn du es wüßtest, | Was träumen heißt von brennenden Küssen,’( If you only knew | what it’s like to dream of burning kisses,) and concludes with ‘… then you would live with me.’ 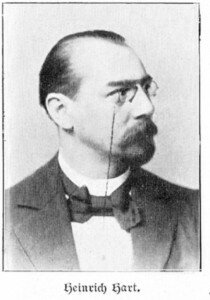 Heinrich and his younger brother Julius frequently collaborated on their writing and literary criticism. The brothers are credited as being the leaders of the naturalistic movement in literature and their contemporaries counted them among the most eloquent critics of the day.

No. 2. Cäcilie
The last two songs in the collection, ‘Heimliche Aufforderung’ and ‘Morgen,’ were written by another left-wing poet: John Henry Mackay, who was born in Scotland but who had been in Germany since early childhood. 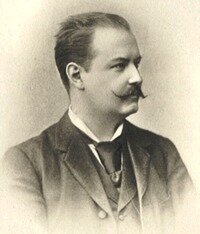 Strauss had met McKay in Berlin in 1892, largely through his book Die Anarchisten (The Anarchists), which had appeared to great outrage the previous year. It sets forth the case for individual anarchism, following the egoist teachings of Max Stirner, versus the more common communist anarchism. The book greatly affected Strauss and the dramaturg Arthur Seidl tells a story of being in passionate discussion about the book with Strauss just hours before the Weimar premiere of Strauss’ first opera Guntram. The opera opened on 10 May 1894, just 4 months before Strauss’ wedding, and the lead female role was sung by Strauss’ fiancée, Pauline de Ahna.

‘Heimliche Aufforderung’ (Secret Invitation), is a joyful song particularly keyed to a wedding festivity: ‘Drink to your heart’s fill at the joyous feast…’ and ends with ‘…Oh come, you wonderful, longed-for night!’ 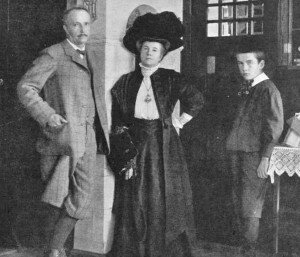 ‘Morgen’ (Morning) is the triumph of the set and a fitting end to the collection as a whole: And tomorrow the sun will shine again | and … | unite us again….’ It remains one of Strauss’ most performed songs.

No. 4. Morgan
Strauss returned to these songs later in life and orchestrated three of them: Nos. 1, 3 and 4. The orchestration of the last song adds to its fragile appreciation of his joy in marriage.

No. 4. Morgen (Soile Isokoski, soprano; Berlin Rundfunkorchester; Marek Janowski, cond.)
Strauss brought to these songs the same heightened sensitivity to text that is so familiar in his operas, particularly Der Rosenkavalier. He chose the poets and the poetry carefully, often using poems that didn’t follow the general reputation of his poets’ political leanings.