The word “Authenticity” has a number of meanings and connotations in relation to music and musicians. Since the latter part of the twentieth century, it has been associated with performances using “period” instruments, which attempt to recreate period performance practices and offer audiences a suggestion of the music as Bach, Mozart or Schubert might have “heard it”. In reality, much “authenticity” or Historically-Informed Performance (HIP) is based on guesswork. Sure, the string section are playing on gut strings and the trumpets don’t have valves, but a modern audience can never listen to or hear a piece by Bach or Handel in the same way that an audience heard Bach or Handel for the first time back in the Baroque era. 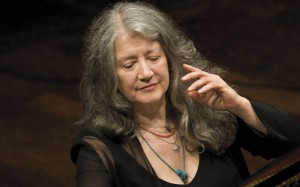 More recently, and separately from HIP, “authenticity” has become more closely associated with the notion of a performance which presents an acceptable and accurate transmission to the audience of the intentions and artistry of the composer, as set out in the notated score. When musicians play music which has been written down by others, it is generally accepted, and desired, that they will play it “right”. At the most basic level, this includes the correct understanding and performance of dynamics, articulation, tempo, marks of phrasing and expression, and all the other details which the composer includes in his/her score which signify their intentions. But no notated score, however detailed, can ever contain enough information to specify exactly how the music should sound, and if one is performing music by a dead composer, one cannot ask them what is meant by this or that marking, notched or dotted staccato, etc. Certain aspects have become standardised through scholarship and conventions of performance, such as the “correct” treatment of ornaments in Baroque music, but many other aspects are at the discretion of the performer, who must make a judgement based on a raft of factors, including their own musical understanding and training, scholarship and research, composer reputation, trends in performance practice, the availability of recordings, life experience, maturity and personal artistry.

In general, composers know what they are doing. Schubert, for example, had good reasons for indicating that the expositions of his piano sonatas be repeated, and as performers we ignore such directions at our peril. But while the composer’s intentions hold authority, they should not be taken as the “be all and end all”. Being authentic isn’t about following a set of rules or (sometimes fake) conventions or slavish fidelity to the text; rather, the score provides the jumping off point from which we begin to make our own explorations and interpretative decisions about the music based on our knowledge and experience. In this way, composer and performer become co-creators.

Ravel: Gaspard de la nuit – I. Ondine
This brings us to ‘personal authenticity’ and the ways in which performers bring their own originality and personal style to a performance. A personally authentic performance is one which bears the special hallmark of the performer and marks it out from others as a performance by, for example, Martha Argerich or Lang Lang, Stephen Hough or Khatia Buniatishvili. Here, we are singling out a performance as something which is original, with an individual style of its own, while also retaining fidelity to the score – the great paradox of performing classical music. It is the palpable sense of personal authenticity which has people flocking to hear certain performers again and again, or how it is possible to identify the playing of, say, Glenn Gould or Yehudi Menuhin, from a few phrases on a recording.

Such performances are special, highly prized for the performer’s ability to shine a different light on the music, offer new insights, or a fresh interpretation. The music may be familiar, rooted to its text, but through the performer’s personal artistry, we may find new things within it. The performer’s great skill is the ability to not only to transmit the score but to determine and illuminate unspecified details through aspects such as rubato and fermatas, real or implied dynamics, tempi and expression.

The difficulty for performers, especially students and those embarking on a professional career, is seeking personal authenticity in a profession which is crowded, competitive and noisy. When one is bombarded with information, new scholarship, revised scholarship, new recordings, revived recordings, live performances, the opinions of teachers, promoters, agents, audiences and critics, changing tastes, the activities of peers, it can be difficult to find a personal voice, to seek authenticity in one’s interpretation and performance of music, especially very well-known repertoire. Performances may be dismissed as “inauthentic” because they deviate from a teacher’s, critic’s or listener’s idea of how that music is supposed to be. But that isn’t a question of authenticity, just personal views on culture which may be based on current trends and taste.

Authenticity comes not only from deep understanding of the music, adherence to the text and being as close to the spirit of the music as you can be with all the information available, but also a willingness to use the score as a starting point for exploration and experimentation to find a personal vision of the music and to convey that to the audience without unnecessary artifice or contrivance. Rather that imitating others in the quest for authenticity (by all means seek inspiration and information from performances and recordings), we bring honesty, sincerity and authenticity to our music making by being true to ourselves.