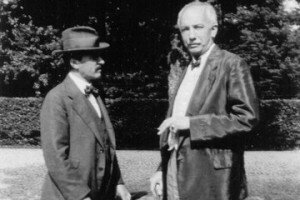 On 26 January 1911, Richard Strauss’ new creation Der Rosenkavalier exploded onto the world stage in the packed Semper Opera in Dresden. It caused nothing short of a sensation! One of the most anticipated musical and cultural events in the first half of the 20th century, additional trains from Berlin and elsewhere had to be added to handle the increased traffic of a curious public trying to experience this new artistic wonder. Within a couple of months, most capitals in Europe had mounted productions, and the 1917 catalog of the London publisher Chappell and Co. listed no fewer than 44 arrangements of music from the opera. By 1924, five years before the introduction of sound movies, the opera had been made into a silent motion picture with the pit orchestra playing an abbreviated score. The opera was so popular that even without singing, it had an attentive audience. It made Strauss and the librettist Hofmannsthal the most celebrated composer-poet team since Mozart and Da Ponte. 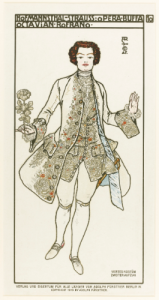 Initially, the Dresden opera authorities were worried that the opera was too obscene. As you know, the character of the “Marschallin” at the ripe old age of 35 becomes aware that she will lose the much younger “Octavian.” However, because she truly loves him, she helps him to win the girl he falls in love with. The opening scene finds them in bed together, and when Strauss first read that part of Hofmannsthal’s libretto he delightedly wrote, “It will set itself to music like oil and melted butter.” For his “Mozart opera” Strauss would take a musical step backwards to tradition rather than embracing the avant-garde. Strauss is deliberately turning away from the music of his day by imbuing the music of the past with all the modern conveniences. Strauss worked on the score for nearly a year and a half, and in the end produced one of the undisputed operatic landmarks. Even Hofmannsthal, known as one of the sternest critics around was “nearly brought to tears by its whole beauty, by a complete unity, by absolute harmony.”