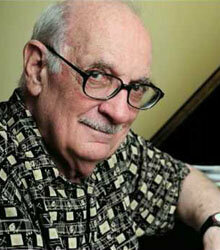 One of the most striking of George Crumb’s compositions is his 1970 song cycle Ancient Voices of Children. Based on fragments of poetry by Federico García Lorca, this work challenges the singer to extremes of vocalizations, set against an ensemble that spans the world in its inclusion.

Federico García Lorca (1898-1936) came from a monied family with property west of Granada, Spain. When he was 11, the family moved to Granada, and he eventually attended the University of Granada, studying law, literature and music composition. His piano lessons started at age 6 and he long wanted a career in music. The death of his music teacher in 1916 seems to have spurred him into the field of literature, although many of his early writings, such as “Nocturne,” “Ballade,” and “Sonata” were based on the same musical forms. He became friends with Manuel de Falla and they worked on a couple of projects together: one to promote flamenco and on the music for a play for children. Their co-opera, Lola, la Comedianta (Lola, the Actress), was never finished. 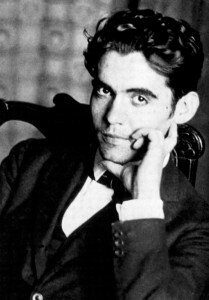 George Crumb (b. 1929) composes avant-garde music, and is known for his use of unusual timbres or sounds, and extended vocal and instrumental techniques, all of which is evident in this work. The work is for soprano, boy soprano (entering at the end of the piece) and seven instrumentalists. The ensemble of oboe (doubling on harmonica), mandolin (doubling on musical saw), harp, electric and toy piano, are augmented by 3 percussionists playing regular percussion plus instruments such as prayer stones and Japanese temple bells. The premiere was sung by Jan De Gaetani, one of the phenomenal contemporary singers of the mid-20th century.

At first hearing the work, it’s difficult for the listener to focus on anything but the feeling of intensity. In the first of the six parts, the soprano begins with vocalises and music that takes her from one end of her range to the other. The child is looking for his voice, but it has been taken by the king of crickets, and we can hear that cricket element in the music. 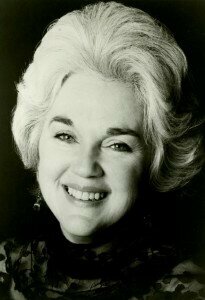 Dances of the Ancient Earth
Next, the soprano declares: ‘I have lost myself many times in the sea.’ The musical saw gives an eerie sound, like the wind or a distant cry, behind the whispering voice.

II. Me he perdido muchas veces por el mar (I Have Lost Myself in the sea Many Times)
The third text starts with a dramatic statement that ends with a crash on the open piano strings. The percussion takes on an urgency and the soprano and the boy exchange lines.

III. De donde vienes, amor, mi nino? (From Where do You Come, My Love, My Child?) – IV. Todas las tardes en Granada, todas las tardes se muere un nino (Each Afternoon in Granada, a Child Dies Each Afternoon) (Tony Arnold, soprano; Justin Murray, boy soprano; Ensemble; David Colson, cond.)
It is in the fourth section, that the tragedy emerges: ‘Each Afternoon in Granada, Each Afternoon a Child Dies.’ It’s a calm vocal centre to the piece, but at the same time, isn’t the point of the work – that comes later. The toy piano brings forth the lost child. One writer called this ‘mournfully tranquil’ and that’s a good summary of the feeling the work brings.

The Ghost Dance brings out the toy piano, with its tinny sound, and a pulsating held note behind it.

Ghost Dance (Jan DeGaetani, mezzo-soprano; Michael Dash, boy soprano; Contemporary Chamber Ensemble; Arthur Weisberg, cond.)
The final section brings us to the poetry line that Crumb considered a key to the work: ‘… give me back my ancient soul of a child….’

V. Se ha llenado de luces mi corazon de seda (My Heart of Silk is Filled with Lights)
Part of the sound world of the work is invisible except during live performance. All the performers are vocally active, including the percussionists. Sometimes the soprano sings into the piano where the strings will then vibrate sympathetically with her voice. Everyone must sing or shout at times. With a text about a lost child, he sings, invisibly, from off-stage until the final song, when he joins the soprano on stage. Watch the opening where the soprano sings into the piano, and see how that changes what you originally heard.

Lorca’s poetry on childhood and death, nature and water, were unusual for his day and in taking them up, George Crumb brings out a modern side to this poetry of earlier in the century. Following its first performance in Washington, DC, the audience gave them a standing, even cheering ovation. The dark lyricism of Lorca is matched by Crumb’s innovative sonorities and use of unusual instruments.