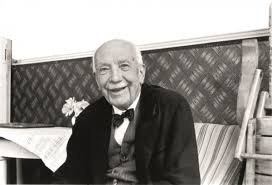 Henry David Thoreau once wrote, “Most people go to the grave with a song still in them.” A good number of famous composers throughout the ages have gone to their graves with a lot of songs in them! Take for example Giovanni Battista Pergolesi who did not see his 27th birthday. Regarded as one of the greatest Italian composers of the 18th century, tuberculosis put a cruel end to a sparkling career that had barely even started. Lili Boulanger was one of the first names in French music when some kind of intestinal disease ended her life at age 24. And then there was Mozart, who left us at age 35, Bizet who died at age 36, Mendelssohn passed away at age 38 and Reger had his heart attack at age 43. So many songs we will never hear! Instead of focusing on what we have lost, let us instead celebrate masterworks composed in ripe old age. And at the head of the class must be Richard Strauss, who died at age 85. During the last years of his life, Strauss experienced a creative upsurge that produced “the greatest works by any octogenarian composer.”

Richard Strauss composed his Four Last Songs at age 84 in 1948. In his early works, Strauss had frequently been reflecting on death in an abstract sense, but in the Four Last Songs, death has become an inevitable reality. Setting poetry by Joseph von Eichendorff and Hermann Hesse, Strauss created a musical last will and testament. It is not a bitter farewell, however, but a crystalline world delicately hovering between light and darkness. A work of artistic purification and refinement, “it is not a winter of discontent, but an autumn harvest of fulfillment.” Bewitchingly sensuous and achingly nostalgic, Strauss longingly crafted one of his finest works in any genre. We should always remember, however, that the Four Last Songs were composed individually, and Strauss left no indications that he intended them to be issued or performed together. Following his death on 8 September 1949, however, his publishing company Boosey and Hawkes decided that they formed a song cycle. The first performance took place in London on 22 May 1950, and featured Kirsten Flagstad as the soloist with Wilhelm Furtwängler conducting the Philharmonia Orchestra.

“Frühling” (Spring) pays a nostalgic and rapturous tribute to the most glorious season of the year, while the music for “September” inexorably creates an autumnal atmosphere and includes a haunting solo passage for horn. “Beim Schlafengehen” (Falling Asleep) continues the musical and poetic journey towards the afterlife, and prominently features the solo violin. In the end, all thoughts turn to his wife Pauline, and Strauss’s last song, Im Abendrot (At Sunset) describes an elderly couple spending the quiet evening of their lives together. “Is this perhaps death?” asks the soprano, while two flutes evoke a pair of larks rising towards the heavens. Strauss even quotes the transfiguration theme from his symphonic poem Death and Transfiguration, and on his own deathbed just a couple of months later, said to his niece. “It’s a funny thing, Alice, dying is just the way I composed it! A work of artistic purification and refinement, the Four Last Songs are not only Strauss’s most perfect musical offering to his beloved wife, but a touching tribute to life itself.