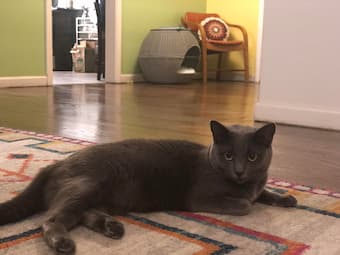 That’s right! This article is about cat-inspired music. I love cats, and I have two cats. My older cat, Miss Cruncher, is turning four and she likes listening to music… at least she never runs away when I practice the piano, and she “meows” when I play a perfect cadence. I believe I am not the only cat lover in the music world. In this article, I am going to share some music inspired by cats.


Scarlatti’s Keyboard Sonata in G minor, K.30/L.499/P.86, is nicknamed “The Cat’s Fugue.” However, Scarlatti did not name this piece, and the nickname was introduced in the 19th century. At the beginning of the fugue, the unusual pattern perhaps was inspired by Scarlatti’s cat, Pulcinella, who loved to walk across the keyboard. This piece was popular, and several composers borrowed the theme for their compositions, including Handel’s Concerto Grossi, Op. 6, and Amy Beach’s Fantasia fugata, Op. 87.

This famous and fun duet for two sopranos was written by a nineteenth-century English composer Robert Lucas Pearsall. Based on the musical ideas from Rossini’s Otello, this work was written in 1825, and it has become one of the most famous cat-inspired music since then.

Per-Olov Kindgren (1956-) is a Swedish classical guitarist, composer, and music teacher. This guitar piece was inspired by a village in Spain, Palazuelos de Villadiego, known as the “Village of the Cats,” where cats are the primary inhabitant. 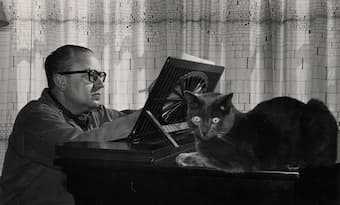 Argentine composer Ginastera wrote this set of five songs for voice and piano in 1943, and the last piece was titled Gato (cat). Each song is associated with Argentine and South American folk and dance elements. Gato is set in a six-part traditional dance structure, and the lyric is about a mischievous cat. 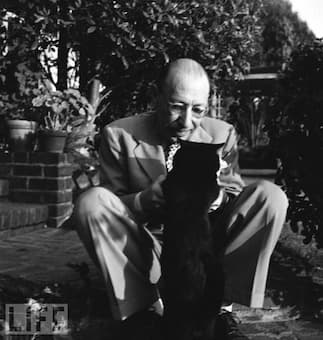 This masterpiece for voice and three clarinets is a set of four Russian songs. Stravinsky wrote this set in 1915 when he was in Switzerland avoiding the first World War. Before he left for Switzerland, he went to Kyiv, where he found a collection of folksongs by Russian folklorist Pyotr Kireevsky. Stravinsky adapted some songs from the collection and wrote this set. The four songs include Spi, kot (Sleep, Tom-Cat), Kot na pechi (The Tom-Cat on the Stove), Bay-Bay (Lullaby), and U kota, kota (O Tom-Cat, Tom-Cat).

Igor Stravinsky: The Owl and the Pussy-Cat

In 1961, he set Edward Lear’s poem The Owl and the Pussy-Cat to his composition for voice and piano with twelve-tone technique. The poem is about a love story between the owl and the cat. Two other animals, a pig and a turkey, are also featured in the poem. This poem is so famous that several composers also set this poem to their compositions, including John Rutter’s 1973 work, Five Childhood Lyrics for choir a cappella.

In this one-act opera composed by Ravel with a libretto by Colette, it includes a feline duet, and like Duetto buffo di due gatti, the text consists entirely of “meow.” Story of a naughty child, this opera also includes many imagining characters such as a tree, a frog, a squirrel, and a duet for teapot and china cup. Due to physical exhaustion and poor health, Ravel spent almost eight years writing this work. It was finally premiered in 1926 under the baton of Victor de Sabata.


Poulenc’s last song cycle La courte paille is a set of lullabies and children songs. Set by the poems of Maurice Carême, the song cycle was dedicated to Denise Duval for her son. Ba, Be, Bi, Bo, Bu is a really short song that only lasts about 25 seconds, and it is based on the well-known fairy tale of Puss-n-boots.

Samuel Barber: The Monk and his Cat

This song belongs to the eighth song of Barber’s song cycle Hermit Songs. Composed in 1953 and published a year later, the music is set by a poem written by an Irish monk. The text includes his daily conversation with his cat, Pangur. The premiere was sung by soprano Leontyne Price.

Alvin Curran was an American composer who was a former student of Elliott Carter and the co-founder of Musica Elettronica Viva (with Frederic Rzewski and Richard Teitelbaum). His specialty of using electronics and surrounding sounds is also demonstrated in this piece. The cat-inspired moment is shown right at the opening with a recording of a cat’s purr.


Sergei Prokofiev: Peter and the Wolf: The Cat