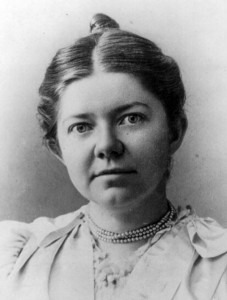 American composer Amy Beach (1867-1944) was both a composer and an accomplished pianist with an extensive international career. She wrote about 117 art songs, some of which she also wrote the words. She wrote in a very European idiom and used European composers as her models. Like Beethoven, she set Scottish folk-songs and, in an American model, set African-American spirituals. Her songs were written for some of the leading singers of the day and have equally demanding piano parts.

When you hear her song The Rainy Day, to the poetry of Henry Wadsworth Longfellow, it sounds immediately familiar. This, written when she was only 13, takes its theme from the third movement of Beethoven’s Pathétique Piano Sonata.

Beach: The Rainy Day (Katherine Kelton, mezzo-soprano; Catherine Bringerud, piano)
Her best-known work is a setting of the poetry of Robert Browning, The Year’s at the Spring. Robert Browning (1812-1889), Romantic poet was the master of the dramatic monologue, and this poem is part of one of his earliest, and highly controversial monologues, Pippa Passes. Pippa, a silk-winder walks alone through life, leaving not a trace of her passing, yet, at the same time, leaving an unconscious influence on those she meets. One of the songs she sings is “The Year’s at the Spring” and in her setting, Beach has captured the naivety and happiness of Pippa in her song. 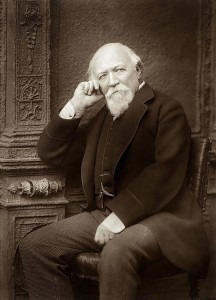 The Year’s at the Spring ends with that famous couplet: “God’s in His heaven — All’s right with the world!” and so we have a bright optimistic song.

Beach: Three Browning Songs, Op. 44: I. The Year’s at the Spring (Emma Kirkby, soprano)
It’s interesting to hear the song sung in a deeper voice at a slightly slower tempo. We have quite a different impression of the work, with a greater emphasis on the final line.

Beach: Three Browning Songs, Op. 44: I. The Year’s at the Spring (Patrick Mason, baritone; Joanne Polk, piano)
When we look at Beach’s settings of the poetry of Florence Earle Coates, we can look at her approach to the same poet over a forty-year span. She first set a poem by Coates in 1893, as part of her Op. 19 collection. She then took her up again in 1903, in her Op. 56 collection with Go Not Too Far. 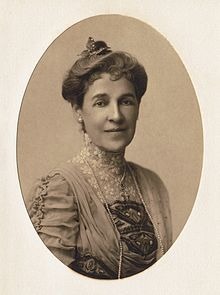 Beach: Go Not Too Far, Op. 56/2 (Katherine Kelton, mezzo-soprano; Catherine Bringerud, piano)
In 1936, she set Coates’ poem After. This is a much more reflective setting, and now, with the trio accompaniment, she’s able to bring other colors into the song.

Beach: After, Op. 68 (Jörg Waschinski, soprano; Meininger Trio)
Florence Earle Coates (1850-1927) was an American poet with both a national and international reputation. She was frequently set to music and had also studied music herself in Brussels. Her poetry hasn’t survived modern taste, but at the time, her sentimental poems, often commenting on modern society, were very popular.