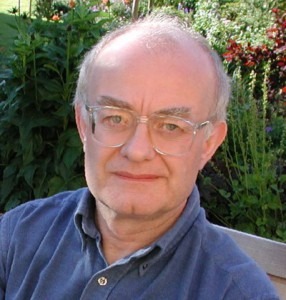 Look to the day

Most Glorious Lord of Life

I am with you always

John Rutter is one of the most successful and frequently performed composers of his generation. Many of his compositions have become firmly embedded in the choral repertoire, sung as often by amateur choirs as by some of the finest vocal ensembles in the world. His talents are not limited to composition, either – one-time Director of Music at his alma mater, Clare College, Cambridge and founder of The Cambridge Singers, he is highly sought after as a choral and orchestral conductor across the globe. I myself have got to know John in the recording studio – he has produced both of the CDs that I have made as a member of the Clare College Choir.

Like many composers, creating music was an instinct he developed when he was young. “One of my earliest memories is of sitting at the piano when I was maybe five or six years old and spending hours improvising, in a dream world of my own”, he says. “I don’t suppose what I played made much sense, but I always preferred making up music of my own rather than practising scales or even playing pieces by proper adult composers. I didn’t learn how to write down what I was making up until several years later.” 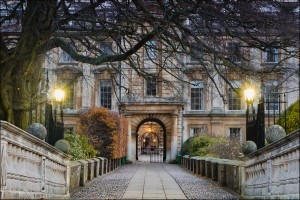 Those years included studying at Highgate School, where he was a friend of the young John Tavener. Rutter’s early musical education was, unsurprisingly, a choral one – he “sang in all sorts of choirs as a child and as a student, and enjoyed it greatly”. He singles out one experience as particularly formative: “One of my most memorable experiences singing in my school choir was taking part in the first recording of Benjamin Britten’s War Requiem in 1963,” he says. “I was a member of the boys’ choir, and was present for all of the recording sessions.” But it was the figure of Britten himself, the model of a composer-conductor, which impressed the young Rutter. “Britten conducted, and he was an extraordinarily fine conductor, who would be more celebrated as such if it wasn’t for the fact he was also an amazing composer. I learned a lot from observing him at work.”

On the back of this training, Rutter began studying at Cambridge, the town that is his home to this day. He achieved notably early success, with his first published compositions dating from his first few years as an undergraduate. and was then a driving force behind the series of Carols for Choirs volumes that are found in every church in the land. But for someone so successful, he is refreshingly relaxed about this: “I suppose I always knew that composition would form some part of my life, but I didn’t decide to earn my living from it until I was a student at Cambridge – maybe even after that, because until my music began to be published, I didn’t really know it was possible for me to earn my living that way.”

But earn his living he did, and more. Taking into account everything that he has achieved, I asked John whether he had any hopes for the future. His answer was typically wise. “My main hope is to be allowed to continue working productively and usefully in music”, he says, “because, at its best, it doesn’t feel like work.” He adds, “I never try to predict what I might get asked to do, because I am always wrong. Every day of a musician’s life brings new opportunities and challenges.”

Rutter’s life, then, will continue to be as full of music as ever. He shows no sign of slowing down, or retiring to a life of simple hobbies and pursuits – when I ask him what he does in those rare moments when he is not making music, his answer is simple: “Enjoy life”.

May the Lord show his mercy upon you;
May the light of his presence be your guide:
May he guard you and uphold you;
May his spirit be ever by your side.
When you sleep, may his angels watch over you;
When you wake, may he fill you with his grace:
May you love him and serve him all your days,
Then in heaven may you see his face.