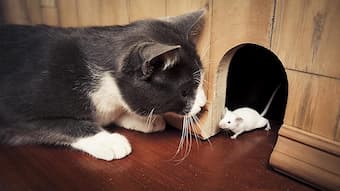 Cats are our life companions, yet they remain separate. They walk alone. They delight us in their fantasies (what is in that corner they’re staring at? Should I be concerned?). They amaze us with their ability to fly gracefully to inaccessible heights.

We did a brief survey of the more remote corners of cats in music and came up with a few pieces of interest.

We’ll start with Aaron Copland in the 1920s. Before he went to France to study with Nadia Boulenger at the Conservatoire Americain at the Palace of Fontainebleau, he studied composition in Manhattan with Rubin Goldmark. As his biographer, Vivian Perlman wrote, ‘Copland knew not to play his more adventurous pieces for Goldmark… At the end of his first year in France, Copland played The Cat and the Mouse at a student concert, and the publisher Jacques Durand came backstage and asked to publish it. Copland was so astonished that he sold the piece outright for 500 francs. He said later, “I was so delighted that Debussy’s publisher wanted my piece, I would have given it to him for nothing!”’ 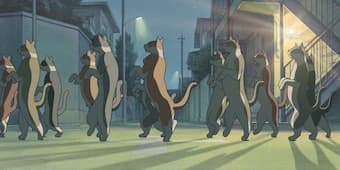 Around the same time, Bohuslav Martinů wrote a piece that perhaps looked at the cat and witches connection. Although the source story in folklore is not known, the title is itself evocative enough to imagine the setting. After this, Martinů moved to Paris and got settled into his own jazz period, but this little work shows Martinů’s first stirrings of the jazz inspiration. 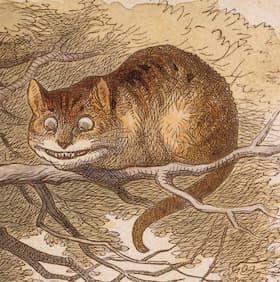 Another composer who looked to folktales was Russian composer Aleksei Nikolev (1959-1977). Before his death at age 18, he had started on a compositional career that included piano music, 2 songs on texts of Pushkin, a string quintet, a trio for 2 flutes and cello and a suite for oboe and piano. His music brought him to the attention of Dmitri Shostakovich who wrote him 2 letters of encouragement. His Cat’s Hut Suite is based on a play written for children by Russian poet Samuel Morschak.


Japanese composer Takashi Yoshimatsu started with the story of the Cheshire Cat from Lewis Carroll’s Alice’s Adventures in Wonderland, who appears and disappears from the branches of a tree where it converses with Alice. In his 2005 work for percussion and piano, the cat vanishes equally mysteriously.


Swiss composer and pianist Peter Ludwig, member of the Tango à Trois ensemble, has made his name in tango music, both for his playing and his music. He looked to the cat for the feline features comment to cats and people, particularly when they are excited. 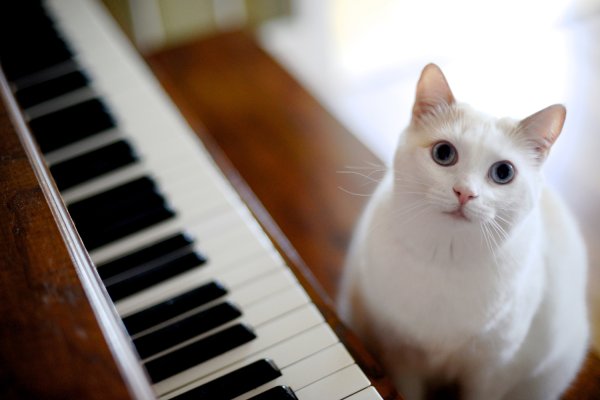 Finnish composer and conductor Leif Segerstam is known for his 1-movement symphonies. He’s now written over 340 of them, and No. 289 from 2015 is about the visit of a cat. As Segerstam tells it, the score follows the trail of the cat across the music paper, and the purring sound of a cat is one of the most relaxing sounds in the world.


These are all different kinds of cats – transforming cats, dancing cats, excited cats, vanishing cats – just like the cat you have in your house right now.