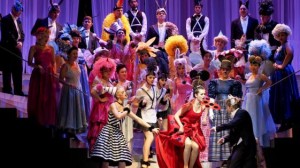 In December of 1857 Emperor Franz Joseph of Austria/Hungary magnanimously declared, “It is my will that the Vienna suburbs are to be connected to the center of imperial power.” And so he had the old city fortifications torn down, and in a masterstroke of urban planning, replaced it with a wide boulevard called “Ringstrasse.” All along this new ring road, representative imperial buildings were constructed at breathtaking pace, and included museums, the State Opera and a number of theatres. In turn, this started a veritable craze for the musical theatre, and Jacques Offenbach, the French master of the operetta, made his entry into Vienna in 1858. Offenbach’s operettas reaped huge popular and financial success, and he demanded higher and higher terms from Viennese theatre managers. Local composers were not entirely happy that the Napoleon of the operetta had all the fun, and they initiated a movement to dethrone Offenbach. Franz von Suppé, born in the Dalmatian town of Spalato in 1819, wrote a number of scores for the Josefstadt Theater and soon became a leading figure in the world of the Viennese operetta. His first stage success came in 1841, and Das Pensionat, Boccaccio, Fatinitza and Pique Dame represented valiant attempts to dislodge Offenbach’s dominance. 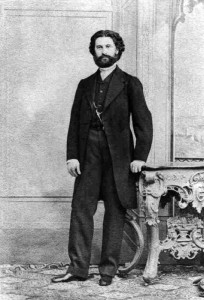 The favorite topic of the Viennese operetta was the life of the aristocracy, as perceived by the bourgeois audience. It adapted current and topical events, and musically the popular dance forms of the waltz, the polka and the march dominated, while there was a strong influence of Hungarian folklore in the czardas. Suppé’s challenge to Offenbach fell short, and the directors of Vienna’s musical theatres turned to Johann Strauss, a popular bandleader and pianist with sufficient international standing. On the advice of his first wife, the mezzo-soprano Henriette “Jetty” Treffz, Johann began experimenting with the composition of operetta around the mid-1860. His first operetta Indigo, or The Forty Thieves, was produced in 1870 and became a rousing success. The distinctive Viennese operettas of Strauss introduced exotic settings, and romantic rather than satirical stories. His association with the dance band resulted in the exploitation of the rhythms of the dance—particularly the waltz. And Die Fledermaus (1874), based on a play by Meilhac and Halévy, became the most widely celebrated of all operettas. 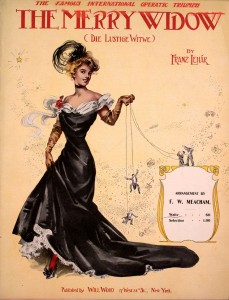 In all, Johann Strauss composed 15 operettas and even a grand opera! Always a shrewd businessman, Strauss arranged the best-known melodies from his stage works into orchestral dances and marches and thereby maintained his presence in the ballrooms and bandstands of the world. And just when the operetta started to loose traction with Viennese audiences, the Austro-Hungarian composer Franz Lehár decidedly reinvigorated the genre. His operettas are full of a natural flow of melody that lightly take unexpected musical turns. In his vocal style, he disguised the underlying rhythm with inventive phrasing and melodic shape, and used counterpoint for melodic, rhythmic and dramatic purposes. A skilled violinist, he orchestrated his own scores and delighted in portraying local color. And this new freshness of musical invention comes to the forefront in his most famous and successful operetta Die Lustige Witwe (Merry Widow). There can be no doubt that Lehár was, and still is, one of the most popular composers of light music. 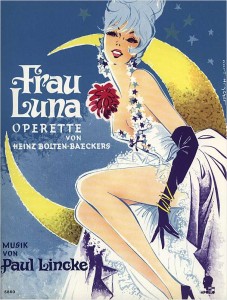 As the political power and popular musical balance gradually shifted to Berlin, a new school of operetta emerged. Instead of an integrated set of characters, the Berlin formula relied on a series of operatic-style solos and duets for the leading soprano and tenor, all interspersed with comic duets and supported by choral contribution. And it was Paul Lincke and his one-act “fantasy operetta” Frau Luna of 1899 that established a conceptual separation from its Viennese cousin. However, the terminal decline of the classical operetta could no longer be prevented as modern stories and dance styles now combined with the traditional romance operetta. And as Europe became embroiled in decades of devastating warfare, light musical entertainment predictably fled to different shores.