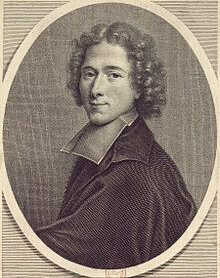 Louis Marchand (1669-1732) had an extremely colorful and unpredictable personality. While he was lavishly praised for his prodigious keyboard talents and skills, his reputation was not founded on musical abilities alone. In one famous, and documented instance, soon after his arrival in Paris, Marchand became embroiled in a sordid affair to defame Pierre Dandrieu, the newly appointed organist/priest at Saint-Bartelémy. Deciding that he wanted and deserved the job at Saint-Bartelémy, Marchand enlisted the help of the organ builder Henry Lesclop and coerced a pregnant sixteen-year-old girl to complain to the organist of the Grand Couvent des Jacobins that Dandrieu was the father of the child. Dandrieu was not amused and filed a complaint against Lesclop. During the official investigation, the girl withdrew her accusation and named Marchand as the instigator of the fabrication. 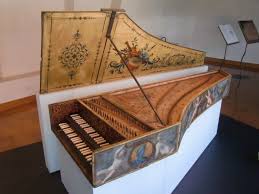 Harpsichord by the Denis family

As you can already tell, Marchand’s personality and behavior resulted in various anecdotes, scandals, and rumors, not all of them fully reliably told. In fact, a good many stories seem to contradict each other. One contemporary dictionary entry suggests that Marchand spent his first months in Paris homeless, penniless and living in the streets, while another implies that he was offered virtually all the vacant organist positions in the city because of his high reputation. Be that as it may, Marchand certainly had a strong sense of entitlement, and his marriage to Marie Angélique Denis in 1689 appears to have been another calculated career move. You see, the Denis family had established themselves as the main harpsichord-building dynasty in Paris. Members of the Denis family headed the instrument makers’ guild for several generations, and their instruments were highly regarded. A dictionary of 1785 writes, “The best makers of harpsichords have been the Ruckers in Antwerp and Jean Denis of Paris.” 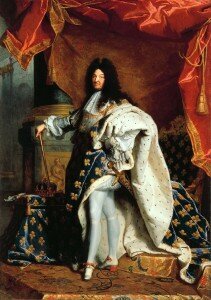 The marriage between the premiere harpsichord virtuoso and the daughter of the best harpsichord maker should have been a union made in heaven. We do know that the marriage between Louis Marchand and Marie Angélique produced three children. However, domestic reality seems to have been anything but a happy affair. Constantly involved in various intrigues against his colleagues, Marchand habitually drank himself into a stupor. This only exacerbated his already volatile personality, and it was reported that he regularly beat his wife. In fact, he seemed to have consistently inflicted grave bodily harm. Not unexpectedly, contemporary accounts put the blame entirely on Marie Angélique’s shoulders! In 1701 Marie Angélique had enough and filed for divorce. The divorce was granted with a settlement of 2,000 livres “… qu’il a reçu faisant partie de sa dot avec les intérêts suivant l’ordonnance du jour…”

Louis Marchand: “Fugue sur les anches”
Following her divorce, Marie Angélique kept the courts busy suing the various employers of her ex-husband for half of his fees. She demanded, that these fees should be directly paid to her. It has rightfully been reported that she succeeded with her demands in a number of cases. But once again, we can only rely on conflicting reports. One account claims that after the divorce, King Louis XIV himself ordered half of the composer’s salary to be withheld and paid to her. That has led to the famous anecdote where Marchand is supposed to have stopped playing in the middle of a mass. And when the king questioned him, Marchand responded, “Sire, if my wife gets half my salary, she may play the other half of the service.” It has also been suggested that Marchand’s extended German tour was his attempt to escape his ex-wife’s demands. Others have written that Marchand was not escaping from his ex-wife, but from the French King, whom he had thus insulted. A good many things regarding Marchand’s tumultuous and violent life have not yet come to light, and that includes a trunk full of musical manuscripts inherited by his daughter Françoise Angéline.