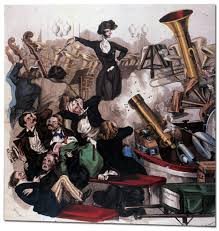 Hector Berlioz published his famous handbook on the art of orchestration, his Traîté d’instrumentation, in January 1844. It remains, even today, a landmark in the history of the symphony orchestra. It is a concise and brilliant historical document that details instrumental practice in the time of Berlioz, and it provides the blueprint for his own use of the orchestra. Every theoretical concept needs a practical application, and thus Berlioz stepped onto the podium of the Salle Herz in Paris on 3 February 1844. Audiences on that day were treated to the premiere of a smashing “ouverture caractéristique” that the composer called Le Carnaval romain. Virtually the entire musical substance is taken from his opera Benvenuto Cellini, a grandly conceived work that occupied him intermittently for more than three decades. The lyrical theme introduced by the English horn originating from the duet between Cellini and his beloved Teresa at the end of Act I, and the second thematic idea was already used in his Messe solennelle and now recycled in this overture. 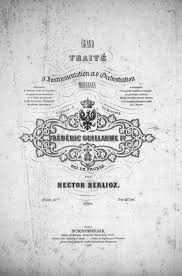 True to his orchestration handbook, Berlioz is using orchestral color as a fundamental element of his music. He ingeniously finds novel instrumental combinations and sounds. In his Memoirs Berlioz once wrote of a performance of this orchestral showpiece at a chamber music concert by five musicians, “They took the allegro far too slowly; the andante went well, but when they resumed the allegro at a still more dragging speed than before, the blood rushed to my head, I grew scarlet and, unable to keep my temper, cried out, It is not the Carnaval, it is Good Friday they are playing!’ I leave you to imagine the mirth excited among the audience by this exclamation. It was impossible to restore silence, and the overture was finished amid the laughter and noise of the assembly, but still quite slowly, and apparently without my five placid interpreters having been in the least disturbed.” This scintillating overture, nevertheless, proved to be highly popular and found a receptive home in concert halls around the world. For some inexplicable reasons, it has currently fallen out of favor with music directors and program planners.