Features
How You Should Feel in the Key of E minor
by Maureen Buja April 29th, 2016 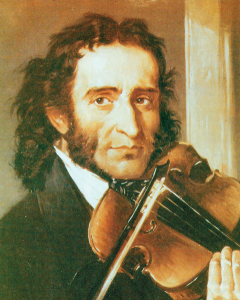 Pauer’s key characteristics for E minor are that it: “…represents grief, mournfulness, and restlessness of spirit.”

To return to the world of Classical music, it’s only fitting that Haydn’s Symphony No. 44 is in E minor. It carries the nickname of ‘Trauer’ (mourning), given to it by Haydn himself. Haydn requested that the third movement, a slow Adagio, be played at his funeral, but this isn’t quite what it seems, as that movement is in E major. For the first movement, however, is as sad a E minor can be.

Haydn: Symphony No. 44 in E Minor, Hob.I:44, “Trauersinfonie” (Mourning): I. Allegro con brio (RIAS Symphony Orchestra; Ferenc Fricsay, cond.)
Beethoven’s Piano Sonata No. 27 certainly captures all the feeling of restlessness one could want. The name of the movement, precisely given as a German phrase rather than a tempo marking,” Mit Lebhaftigkeit und durchaus mit Empfindung und Ausdruck” (“With liveliness and with feeling and expression throughout”), tells us just how restless Beethoven wanted this to be.

Beethoven: Piano Sonata No. 27 in E Minor, Op. 90: I. Con vivacità e sempre con sentimento ed espressione (Jenő Jandó, piano)
One of the masters of expression on the violin was the demonic virtuoso Nicolò Paganini. In his 24 Caprices, he set two pieces in E minor. No. 3 and No. 15, and they seem to both carry different aspects of Pauer’s key characteristics. If No. 3 is mournful moving into restlessness in its middle section, No. 15 also starts with a mournful sound before moving into its own restlessness.

Paganini: 24 Caprices: No. 3. E minor. Sostenuto – Presto – Sostenuto (Midori, violin)
Paganini: 24 Caprices: No. 3. E minor. Posato (Midori, violin)
What pieces do you think should be added here? Keep in mind that the piece should date from before 1876, when Pauer’s book was published. Another guideline might be to note the relatively small list of composers he gave as examples: Haydn, Mozart, Beethoven, Mendelssohn, Schubert Rossini, Weber, and Spohr – all stalwarts of German classicism / romanticism.