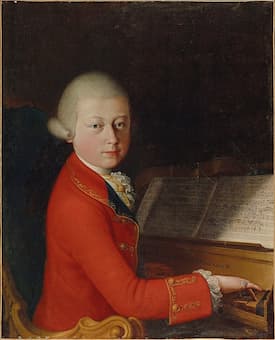 I have always loved songs in the key of B-flat major. For me, songs in that particular key always sound very bright and cheerful. I was really happy to discover that important musicians and theorist think about that key in similar ways. One writer feels “love and a clear conscience,” while another ascribes this key with an “open, frank, clear, and bright character.” But, I really like the description of a famous theorist who writes, “This key holds the hopeful aspirations for the future and a better world.” Since we are still in the grips of this horrible pandemic this is a truly wonderful message for us all. I suppose, this key is all about optimism, and let’s face it, we could all use a lot of optimism right now. Without further ado, here are my personal selections of the best songs in B-flat major.

Wolfgang Amadeus Mozart did not have an easy life; it must have been very difficult to be that talented in a world ruled by mediocrity and greed. But his music is always highly optimistic, and that includes his 1st violin concerto. What a wonderful song in the key of B-flat major. 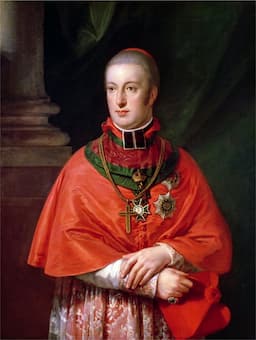 Ludwig van Beethoven, as we know from countless anecdote and medical reports, did not have a simple and cheerful life either. The emotional turmoil for a composer and musician loosing his hearing must be almost unimaginable. But it seems that Beethoven, despite all the hardships of life, remained cheerfully optimist in his music. Of course there is plenty of drama in his songs, but almost every composition I know has an optimistic ending that looks towards a better and brighter future. During the winter of 1803/1804, Beethoven first met the Archduke Rudolph of Austria. Rudolph was musically talented, and he even performed publically at the age of 15. The Archduke started taking piano and theory lessons with Beethoven, and he was his only composition student. Rudolph composed many songs for piano, chamber ensemble, and voice. Beethoven, in turn, dedicated 11 of his greatest compositions to Rudolph, including the famous “Archduke Trio.” I am sure you have already guessed that the “Archduke Trio” is written in the optimistic key of B-flat major. It is one of the best songs in that particular key. 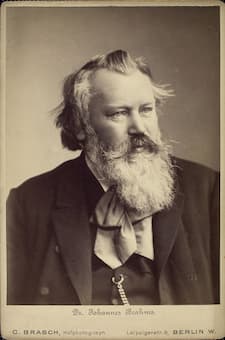 For me personally, Johannes Brahms seemed a grumpy old man hiding behind a Santa Claus beard. I did read somewhere that he was highly pessimistic as to the future of music, and that he hated almost everything having to do with technology. The light bulb and early phonographs did fascinate him, but he really hated cameras and bicycles. We also know that he was highly patriotic, professionally aggressive and super ambivalent towards women. All in all, Brahms was probably not the most pleasant person to be around. But when I listen to his music, it is full of emotions and incredible passion. In 1881, Brahms had a crush on Elisabeth von Herzogenberg. Elisabeth was happily married, but she was of course flattered that the famous Brahms would be interested in her. Brahms writes in a letter that he “had just finished a tiny little piano concerto with a wisp of a scherzo.” That tiny little concerto turned out to be the monumental 2nd piano concerto, and it’s truly one of the most democratic compositions. By this I mean that the solo piano and the orchestra are treated as completely equal partners. Did I already mention that the concerto is written in B-flat major? I think it is undoubtedly one of the best songs in that particular key in all of music. 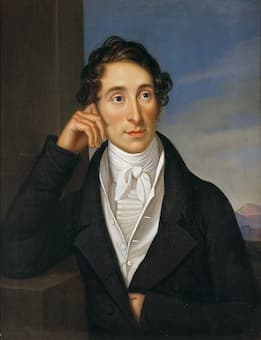 In many music history textbooks, Carl Maria von Weber is almost exclusively associated with the beginnings of German romantic opera. But as I started to explore more of his music, I kept stumbling over a series of chamber music written for the participation of the clarinet. Weber was inspired by the clarinetist Heinrich Baermann, who was part of a group of instrumentalists that had advocated a new way of playing the clarinet by playing the reed on the bottom lip. 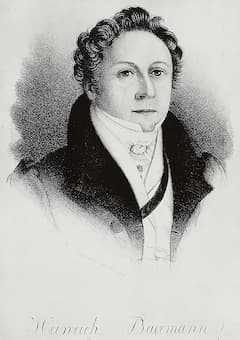 Critics raved about Baermann, and wrote that he “was capable of producing an expressive and luxurious tone with great dynamic range from the top to bottom of the register.” Weber first met Baermann in 1811. At that time, Baermann was already a mature virtuoso who played with great exuberance and personal charisma. His innovative playing style was described as a “mixture of French vivacity and German fullness with darker tone.” Weber was impressed and they embarked on a number of artistic collaborations. In all, Weber composed five large-scale works for the instrument, including the Clarinet quintet in B-flat major. What a beautiful song full of brightness and optimism. 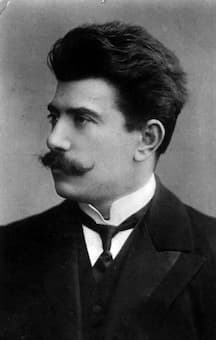 I just love the sound of the horn, but it’s almost impossible to play, at least for me. The famous Barry Tuckwell once said, “you put air in there, and God know what happens to it on the way. With a bit of luck, the air reaches the other end of the instrument as music.” When I listen to the horn concertos by Mozart or Strauss, I am always in awe. Only recently I have discovered another marvelous horn concerto written by the Russian composer Reinhold Gliére. This one happens to be in the key of B-flat major, and like a good many of his songs, it is inspired by Russian folklore. You can clearly hear the joyful optimism in this work, and that’s probably a good thing. Since he was composing under the watchful and vengeful eyes of Stalin, Gliére needed to be bright and cheerful in his music. I instantly fell in love with this concerto, that’s why it is one of my best songs in B-flat major. The list of compositions in this particular key is long and exciting; what is your favourite?