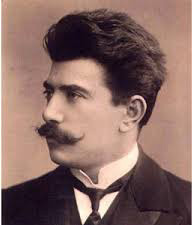 Considered the heir of the Russian Romantic musical tradition, Reinhold Moritzevich Gliére (1875-1956) primarily composed on a grand scale and in large forms. His music is well known for its expressive melodies and colorful orchestration inspired by Russian folklore. Gliére was a prodigious composer, and besides crafting three symphonies, four string quartets, two complete operas, two ballets, and a number of concertos, he also produced hundreds of songs, piano works, and chamber pieces. His invariably nationalistic Russian Romanticism in music found favor with the political establishment, and Stalin and his cultural ministers appointed him chairman of the organizing committee of the Soviet Composer’s Union. He also held professorial appointments at Kiev and Moscow, teaching among others Serge Prokofiev, Aram Khachaturian and Alexander Mossolov.

Gliére was born in Kiev, son of successful instrument maker from Saxony and his Polish wife. He studied violin at an early age and produced his first tentative efforts in composition at the age of fifteen. Given his enormous musical talent, it was decided that Reinhold should continue his studies at the Moscow conservatory. He quickly indulged his interest in composition and studied with Anton Arensky, Sergei Taneev and Michael Ippolitov-Ivanov. Gliére suggested that Taneev played a central role in his musical education, and when he graduated in 1900 he received the gold medal in composition, the conservatory’s highest award. This prestigious award was entirely deserved, as Gliére had already completed his first opera, written an octet and his first symphony, and fine-tuned a string quartet. 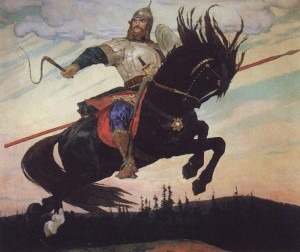 After further studies in Berlin and his appointment at the Moscow Conservatory, Gliére was sent to Azerbaidzhan in 1923 to assist “Soviet Development.” According to official accounts, he “paved the way for the fusion of Azeri and western music.” The musical result of his visit emerged in Persian-derived folk music used in his opera Shakh-Senem. The fairy-tale plot tells of a young folksinger who finally claims the beautiful maiden Shakh-Senem as his bride following a time of trials. Evoking Azeri folk instruments and distilling local strains of folk music into something grandiose, the work premiered in Baku in 1927. A revised version of the opera, suitable for Soviet consumption, appeared under the title The Worker of Baku in 1934. Political considerations also emerge in Gliére’s musical celebration of the realization of Stalin’s plans for a canal in Uzbekistan and the Heroic March for the Burylat-Mongolian ASSR.

Reinhold Gliére: Shakh-Senem, “Overture”
The seminal work in Gliére’s musical catalog is his monumental third symphony, subtitled “Ilya Murometz.” Premiered in Moscow in 1912, it was enthusiastically received and critically acclaimed. The work is programmatically based on Ilya Murometz, subject of an ancient Russian epic. Ilya was the son of a peasant without the use of his legs for the first 33 years of his life. However, when two wandering pilgrims give him a draught of honey, he miraculously gains strength and fights numerous wars in the service of Christian Kiev. Making use of a flying horse, he slaughters pagan enemies, and after his untimely death, his body mysteriously turns to stone. The symphonic poem is divided into four sections, each depicting an episode from the epic. Gliére wrote an extensive narrative to accompany the music, and the work expansively unfolds like a Russian novel. Gustav Mahler suggested that this symphony “is an entire world unto itself.”