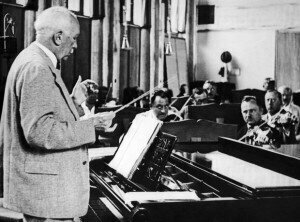 In his day, Franz Strauss was recognized as an important artistic personality. Foremost, he was a celebrated horn virtuoso, “breathing soul into the unthankful instrument.” Even Richard Wagner, against whom the musically conservative Strauss took literally every opportunity to make his disapproval clear, recognized his unusual talent. “Old Strauss is an unbearable fellow, but when he plays the horn one can’t really mind him.” When Franz Strauss was asked about his reputation, he replied, “I do not prove it; I admit it.”

Franz Strauss became a member of the Royal Court Orchestra in Munich in 1847, and he also was professor for horn at the Academy of Music in Munich. Although he left no horn method, Franz set new standards on his instruments for more than four decades. As such, it is hardly surprising that the horn plays a dominant role in the compositions of his son Richard. His tone poems and operas sound some of the most magnificent passages ever written for the instrument. And in addition, Richard also wrote two concertos for horn and orchestra. 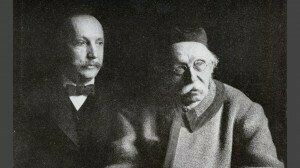 Premiered at the Salzburg Festival on 11 August 1943 with soloist Gottfried von Freiberg and the Vienna Philharmonic under Karl Böhm, the Horn Concerto No. 2 emerged rather unexpectedly during the twilight years of Strauss’ life. When he put the finishing touches on his opera Capriccio in 1942, Strauss wrote, “My life’s work has been concluded. Whatever notes I scribble down now have no bearing on music history.” In the event, Strauss scribbled down his second horn concerto in considerable haste and dedicated it “to the memory of my father.” The work was composed during the horrendous days of World War II when Strauss was trying to prevent the incarceration of his daughter-in-law’s relatives at the Theresienstadt concentration camp. Always an enigma, “It is indeed hard to believe,” a biographer wrote, “that this is the work of a depressed old man living in fear of disgrace from the authorities of a war-beleaguered country, so light and carefree a style did he capture.”