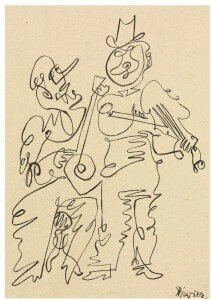 We associate ragtime music with performers and composers such as Scott Joplin, confined by their poverty and marginality to the US. What we may not realize is how international this turn of the 20th century-style was and how influential it was.

In 1918, on his way back from the US, where he’d been conductor for the Ballets Russes’ second American tour, Ernest Ansermet dropped off some music for Igor Stravinsky, a ‘bundle of ragtime music in the form of piano reductions and instrumental parts.’ Stravinsky copied out the parts into scores and used what he learned from them to create his own versions of ragtime. 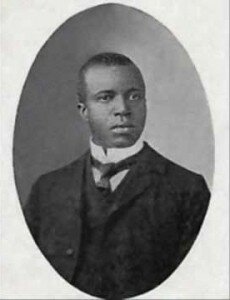 We have to say versions because Stravinsky’s creations are as far away from Joplin’s creations as Paris was from Missouri. Before he wrote these pieces, and used their rhythmic style, Stravinsky claimed he’d never heard jazz before, only seen its written expression. One historian doubts this claim, showing that jazz sheet music, usually of the ‘cakewalk,’ were circulating in Europe already by 1895 and people were dancing to it in Paris and London. Player pianos also helped spread the sound as did those American tourists, who flocked to the continent in their thousands.

Stravinsky’s first ragtime appeared as the third dance in Histoire du soldat (1918). The work is scored for a septet of violin, double bass, clarinet, bassoon, cornet, trombone, and percussion, and the premiere was conducted by Stravinsky’s friend, Ansermet. 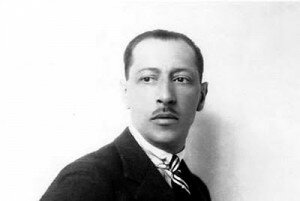 Stravinsky: Histoire du soldat: Suite: VI. 3 Dances: No. 3. Ragtime Royal Scottish National Orchestra; Neeme Järvi, cond.)
His second ragtime piece was a work in its own right, entitled Ragtime. Written for 11 instruments (2 violins, viola, double bass, flute, clarinet, horn, cornet, trombone, cimbalom and percussion), its first performance was in a piano reduction played by Stravinsky. The cimbalom was a beloved instrument from Stravinsky’s childhood. Its distinct metallic sound places Stravinsky’s Ragtime very much in Europe, rather than being an American derivative. For Stravinsky, the sound of the instrument was akin to that of the balalaika and he created the ensemble around the instrument’s ‘whorehouse-piano sonority.’

Stravinsky: Ragtime (Columbia Jazz Ensemble; Igor Stravinsky, cond.)
A third piece of ragtime was Piano-Rag-Music, dated, 28 June 1919, and dedicated to Artur Rubinstein. The tongue-in-cheek dedication was, as Stravinsky said, to encourage him ‘to play contemporary music.’ 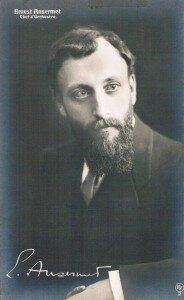 What the three pieces have in common, however, is what Stravinsky took from every example of ragtime that he would have seen (or heard): the syncopation. A typical scheme would be to place a syncopated melody in the upper voices, but played over a steady beat, with accents on the first and third beats. The most important instruments, then in the Histoire ragtime and the Ragtime for 11 instruments were the solid percussion. In fact, for the premiere of Histoire du soldat in Lausanne, Ansermet suggested that Stravinsky bring his own bass drum and cymbal because the instruments he found in Switzerland were inferior. Piano-Rag-Music doesn’t really work as a rag because there isn’t a heavy enough beat in the bass line. The many shifts of meter detracts from its success in the genre – but those shifts of meter are something we’re very familiar with in The Sacre du Printemps.

Stravinsky himself declared that his pieces were not true ragtime, saying in 1963 that ‘the Histoire ragtime is a concert portrait or snapshot of the genre in the sense that Chopin’s Valses are not dance waltzes but portraits of waltzes.’ In his creations, Stravinsky drove ragtime as a genre forward and into places its inventors could only have dreamed of.