In Tune Society
Why I Feel Compelled to Attend the 2018 Verbier Festival I
In Touch with Martin Engstroem
by Ellen Wong Tso January 28th, 2018 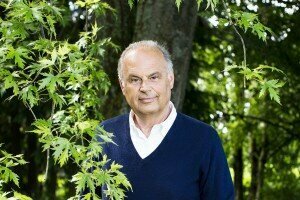 The spectacular display of superstars in the 2018 Verbier Festival program completely dazzled me. The program comprised of a long list of celebrated “who’s who” in the music universe – András Schiff, Martha Argerich, Richard Goode, Evgeny Kissin, Grigory Sokolov, Yuja Wang, Radu Lupu, Janine Jansen, Maxim Vengerov, Pinchas Zukerman, Martin Fröst, Mischa Maisky and family, Valery Gergiev, Christoph Eschenbach, Anne Sofie von Otter, Thomas Quasthoff, Mikhail Pletnev, Daniil Trifonov, Lucas Dubarge, Ebène Quartet, Brooklyn Rider, so on and so forth. As an articulate friend puts it: “WOW! A gathering of the brightest in the firmament”! With Verbier’s reputation as the “Starriest Festival”, this 25th anniversary year may be the shiniest of them all. 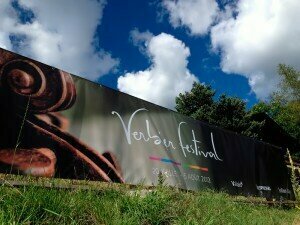 I was introduced to the Verbier Festival by Medici.tv – my best friend. Nestled in my rustic home amidst the breathtaking mountains of British Columbia, Canada, I habitually found myself snuggled up in leisurewear, with a soothing beverage in hand, totally immersed in an array of magnificent concerts on my screen (sometimes streaming live), delivered by the most esteemed artists and orchestras from this idyllic locale in the Swiss Alps. I could almost touch a corner in heaven!

Thanks to the partnership of Medici.tv with the Verbier Festival since 2006, solo recitals, chamber music, orchestral performances and vocal productions are made accessible to the far-reaching public, as well as master classes, rehearsals and interviews. I have been a fervent follower for years, marveling at the consistently superb quality of its musicians, its diverse musical scope, and particularly the electrifying spirit emanating from students, performers and audience alike. Credit belongs to Martin Engstroem (its founder and director) and his team of supporters. Indeed, the Verbier Festival IS Martin Engstroem’s festival. 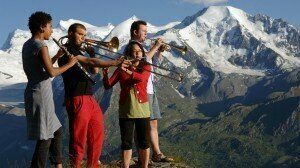 I was privileged to interview Martin (I sought permission to address him by his first name as I could not pronounce his last name properly!) via a long distance phone call thousands of miles away. In my naiveté, I thought for an event to be so successful for 25 years, the person at the helm must have crafted an incredibly smart strategy and business plan. Therefore, it was my intention to seek out Martin’s “secret sauce recipe”. After what might have been perceived as an interrogation session (unintended consequence), Martin’s answer was very simple: He basically just picked whomever he liked, whatever repertoire he wanted to hear, organized them in whichever way he saw fit, and followed wherever his intuition guided him. For someone to be so “right” for so long, I conjectured that it must require profound knowledge in the discipline, extensive high-level experience in many aspects of the music industry, deep and substantial ties with movers and shakers in the music world, and most importantly, insightful understanding of human nature, savviness and impeccable taste (not just in music) to reap such amazing results. My research into Martin’s background confirmed that he has all the above attributes and beyond. He claims that he takes full responsibility for decisions regarding musicians and programming – “No democracy!” he said, “It is much easier to be autocratic, and have the public see the choices made by actually somebody”. His thoughtful and decisive attitude resembles that of a benevolent leader, one who takes great pride in caring for all his citizens, with their best interest in mind.

Evidently, all musicians invited to perform are of the most sought-after world-class caliber. The fact that they return regularly for multiple years, like Mischa Maisky (23 years) and Evgeny Kissin (24 years), means that they all have an extraordinary connection to Martin, and a special camaraderie with their colleagues. When asked why his artists are so devoted to his festival, Martin’s modest reply was that, here, they are allowed the liberty to explore fresh experiences and encouraged to embrace risk-taking, which they normally would not have the time nor opportunity to do so, due to restrictions in their concert routines and career obligations. I get the impression that they “come home” annually to this mountain retreat for a much cherished “family reunion”.

Unique to Verbier are their signature chamber music concerts – a portion of the programs being “unexpected encounters” proposed by the musicians themselves. Ensembles are assembled by Martin (instinctively and strategically), with a bold and innovative mixture of talents – the old with the young, experienced with novice, established with startups – tackling unconventional repertoire that perhaps are first time endeavours for some. Imagine them feeding on each other’s energy, resonating with reciprocal intensity, resulting in sparks flying and magic mesmerizing! Several long-time duos were born out of these collaborations, e.g. Martha Argerich and Gidon Kremer, Yuja Wang and Leonidas Kavakos. For me personally, the awe-inspiring rendition (in 2012) of Schubert’s “Winterreise” by Christoph Prégardien and Menahem Pressler deserved to rank as the supreme recital of a generation! To think that it was Maestro Pressler’s first attempt at studying the piece, at the age of 89 then, left me absolutely stunned!

Audiences also religiously return year after year. Martin’s explanation is that they appreciate the freedom to choose concerts among a vast and varied menu. Every day there are 3 to 4 paying concerts, 3 Academy concerts, 20 master classes, rehearsals and talks (free). 60% of the audience originate from the vicinity, the rest from neighbouring countries and overseas. Average stay is 6 days, but some take in the entire festival of 2 to 3 weeks. Since the setting is intimate, there are many occasions when the public can rub shoulders with artists, orchestral members and Academy participants (like bumping into them at cafes). That’s when friendships are fostered and bonding ensues.

I was curious which of Martin’s accomplishments he is proudest of. Not surprisingly, he mentioned first and foremost, the fact that the festival survived 25 years and flourished. Festivals are easy to start but difficult to sustain because of fierce competition. A negative trend is that audiences are progressively tardy in committing to attendance, and yet popular artists need to be booked early – a situation that is not conducive to long term planning. Another source of Martin’s pride is the success of the Academy, where so many outstanding young talents are nurtured through private lessons, master classes and chamber music by famed professionals. The educational value of apprenticeship is immeasurable.

When asked about aspirations for the future, Martin voiced the concern that a concert hall is much needed in Verbier, which requires funding as well as approval from local residents – both challenging feats. He is also focused on securing the Verbier brand, which I assume is already being achieved through their international exposure via Medici.tv, wide media coverage and touring. The Verbier Festival Chamber Orchestra, under the direction of Maestro Gábor Takács-Nagy, will be presented in Hong Kong on March 23rd, 2018 by the Hong Kong Arts Festival in the Hong Kong City Hall. Following that, they will be in Dubai, performing at the Dubai Opera on April 4th, 2018.

As I bombarded Martin with my inquisitiveness, he made the comment (jokingly I hope), that I sounded like his Board. What a compliment!

My subsequent articles will be focused on other essential components – the Academy and the 3 orchestras. Every year, exceptional musicians from around the world are being auditioned and screened through a very rigorous process. Those accepted will benefit from distinctive mentorship by prominent maestros and conductors for 3 weeks (Academy) to 5 weeks (orchestras) during the festival, reaping invaluable experience of a lifetime for these “stars of tomorrow” to relish, and eventuating greatness in the making for us music lovers to witness. These reports will reflect my fascination with the “Verbier Experience”.