Blog
Who Owns What?
Stories on Intellectual Property; Copyrights and Royalties
by Doug Thomas May 17th, 2021 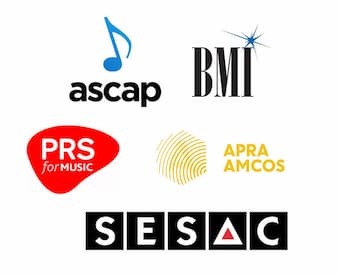 Royalties are quite unique to the music world; indeed composers and songwriters benefit from the advantage of being rewarded for each active and passive use of their works. While the painter, for instance, does not earn each time his work is viewed, the musician does; each time his work is being performed or played — both in reality and virtually.

Actually, through copyrights, royalties are responsible for an important part of a composer’s living. The general income is often split between commissions, sales, performance — when the composer does —, and royalties are the only source of income that is directly connected to the composer’s singular activity. To some of them, commercial and financial success resides in living off the sales and royalties of their works and not having to rely on external activities — such as teaching for instance.

Like Sir Paul McCartney, would it not be great to wake up in the morning, a little richer than the day before? Well yes, but it is unfortunately not as simple as it seems. This great advantage comes at a cost, the one of precise and time consuming control and activity. Without it, composers and songwriters are at the risk of seeing their own benefits turning against them. Here is a short story of intellectual property; copyrights and royalties…

As soon as a composer creates a piece of music, a copyright is immediately created with it. Although it needs official recording, the copyright is in its essence attached to the piece from the start of its creation. The difficulties and the issues with copyrights reside in the fact that ownership has to be physically proved. Therefore as much as the copyright matters, what matters the most is the proof of ownership of the copyright; with a date to testify of the creation of the product (ie, the piece of music). 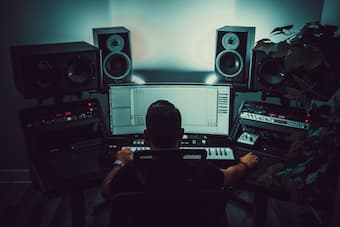 Today, copyrights are submitted and recorded by Performing Rights Organisations (PRO). Present in most countries, these societies allow a composer or a songwriter to record the creation of a piece of work, to have its usage controlled, and to have its financial fruits regularly collected and distributed.

Before the record industry took over, publishers were the most important step after the composition; pretty much like book publishers. Composers would hand in their completed scores which were the only proof of the existence of the music — therefore explaining why so much care and precision would be put into notating the music. Copyists would then reproduce the score, allowing it to be spread and performed in several places. The publisher would finally sell the rights to perform the music, and the composer would earn from it. 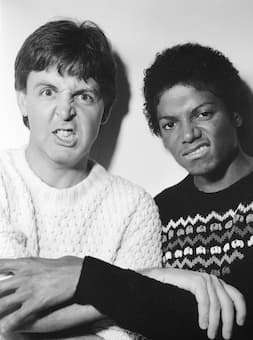 Michael Jackson bought the publishing rights to the Beatles’ song catalog at the advice of Paul McCartney © i.pinimg.com

Additionally, the evolution of how composers create their works adds complexity in finding the origins of the copyright. With music created via computers, the sheet music has slowly gone from the primary source of information to a complementary merchandise for musicians. Only a very small portion of music is still developed from sheet music; the purists of the classical world.

Today, it seems that the recording material is more important than the written material. And when it comes to it, the copyright can last up to seventy years after the date of the first publication, which is not necessarily the same as the one of the creation of the original work. This results in lengthy and at times exaggerated copyrights duration.

The complexity involved in copyrights and royalties led to many disputes between artists, publishers and record labels. The story of The Beatles losing the rights of their publishing catalog is nowadays well-known, and surely a mistake no musician would want to make. In the mid 1980s, Michael Jackson bought a large quantity of songs composed by the duo McCartney/Lennon, leaving Paul McCartney’s potential income greatly diminished. More recently, many copyright litigations made the headlines of the music press — including the recent battle between Robin Thicke, Pharrell Williams and the Marvin Gaye estate for “Blurred Lines”.

On a more positive note, when the copyright of a work expires, it enters public domain and allows any artist to use the music for any purpose; “Rhapsody in Blue” entered the public domain in 2020 and who knows what today’s artists will make of it!

The online world has created endless possibilities for musicians, both creatively and commercially. However, this plethora of options has led to a web of intricacies and challenges for the creator to keep control over his art. Today, a composer in the United Kingdom often finds himself lost between acronyms, PRS, PPL, MCPS – for collecting societies, or PRO — registration and recognition codes, ISWC, ISRC, UPC, and this is not counting international actors, ultimately necessary for a full control; SACEM, GEMA, SIAE, SAG-AFTRA, BMI, ASCAP. It almost makes music theory a walk in the park!