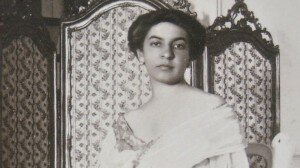 Born within a year of one another, female composers Dora Pejačević (1885-1923) and Rebecca Clarke (1886-1979) gained little recognition during their own lifetimes and it has only been in recent years that their music has become better known, and deservedly so.

Dora Pejačević: Piano Quintet in B minor
Dora Pejačević was born in Hungary and started composing at the age of 12 and was largely self-taught (her surviving papers were filled with exercises in theory, counterpoint and instrumentation). She enjoyed a cultured, cosmopolitan upbringing, and travelled widely, mingling with the leading artists and intellectuals of the day, including the writers Rainer Maria Rilke, Annette Kolb, Karl Kraus, some of whose writing she set to music. Now regarded as one of the most influential figures in Croatian music, she is credited with bringing orchestral song to Croatia and wrote many beautiful works in the late-Romantic style, including lieder, piano miniatures, a Symphony, and chamber works, all mirroring her wide intellectual horizons. Her writing for piano is particularly fine, revealing a clear appreciation of the expressive capabilities of the instrument.

Her early works show the influence of composers such as Felix Mendelssohn, Robert Schumann and Johannes Brahms, but stylistically she is closest to Rachmaninoff and her music readily holds its own to his, with its romantic lyricism, luxuriant orchestration and opulent, piquant harmonies, replete with nostalgia and poignancy. She gradually established her own style, with rhythms, melodies and idioms drawn from her Croatian origins.

“When I’m floating off into this invisible world of my most personal and inner thoughts, only then do I become my real self” 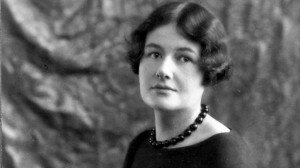 She was Charles Villiers Stanford’s first female composition student and knew Maurice Ravel and Ernest Bloch. She made a living as a professional viola player, at a time when women were expected to marry and keep house, and her Sonata for Viola and Piano (1919) is regarded as one of the greatest works in the instrument’s repertoire. Yet until fairly recently, the music of British-American composer Rebecca Clarke (1886-1979) was relatively unknown, and little of her work was published in her lifetime.

A mark of the low esteem in which female musicians and composers were held in the early part of the twentieth century, critics and commentators suggested that Clarke’s viola sonata had in fact been written by a man (possibly Ernest Bloch) because it was impossible that a woman could have written such a piece.

Fortunately, her compositional output, although relatively small, is now regarded as a significant contribution to twentieth-century music. Big-boned and emotionally rich, her musical language is redolent of the impressionism of Debussy, Ravel and Vaughan Williams, and the modernism of Bridge, Bloch and Stravinsky, with lyrical melodies and lush, piquant harmonies. The viola sonata is a work of sweeping dramatic contrasts, infused with idioms of English folksong. From simplicity and serenity to complex jazzy rhythms with stormy outbursts, It makes full use of the expressive range of the instrument – one moment soft and feminine, then rich and powerful.