In Tune Arts
The Music of Poetry
Heinrich Heine “Softly Flow Through My Soul”
by Georg Predota January 19th, 2020 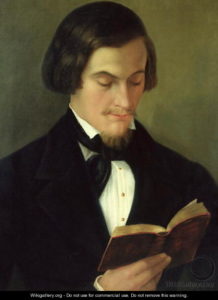 Heinrich Heine’s poem “Leise zieht durch mein Gemüht” (Softly flow through my soul) inspired 250 composers to fashion musical settings. This poem contains none of Heine’s famous irony or his love of paradoxes. Instead it is the purest lyrical rejoicing of spring and of love!

Softly flow through my soul,
sweet sounds of love,
Ring out, little song of spring,
Ring out far and wide.

Ring out till you reach the house
where violets are blooming,
and when you see a rose along the way,
send her my greetings.

It certainly inspired Felix Mendelssohn to create one of his most famous settings. This tiny, strophic song was so popular, in fact, that it quickly achieved the status of a “German Folksong.” 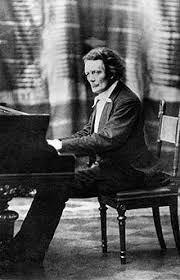 When Anton Rubinstein (1829-1894) made his highly successful pianistic debut in Paris in 1841, Liszt, Chopin, Mendelssohn and Schumann became instant admirers. Although he would subsequently be remembered as a pianist and educator, Rubinstein was a prolific composer with 20 operas, 5 piano concertos, 6 Symphonies and a large number of solo piano works in his portfolio. To commemorate Schumann’s death in 1856, Rubinstein composed two sets of six songs to German texts, with the first devoted exclusively to the poetry of Heinrich Heine. Not surprisingly, “Leise zieht durch mein Gemüth” is part of that collection. Rubinstein crafted a beautiful and lucid setting that pays close attention to the musical and melodic syntax of his native Russia. In the hands of Rubinstein and others, the Lied took on distinct nationalist flavors. 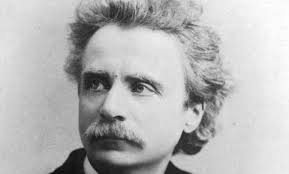 Edvard Grieg wrote to his biographer Henry Finck in 1903. “For me, it is important when I compose songs, not first and foremost to make music, but above all to give expression to the poet’s innermost intentions. To let the poem reveal itself and to intensify it, that was my task. If this task is tackled, then the music is also successful. Not otherwise, no matter how celestially beautiful it may be.” Grieg created his first settings of German poetry during his study period in Leipzig. He later returned to German-language poetry, but his Op. 48 Lieder turned toward Norwegian and Nordic folk music. By successively merging his native musical traditions with those of German Romanticism, Grieg developed his own highly personal style. His settings were criticized for their exalted exoticism and nationalist elements, which the composer vehemently denied. In his setting of “Softly flow through my soul,” which is titled “Gruß” (Greeting), Grieg exchanges the contemplative tone of Mendelssohn’s setting with unguarded outdoor exuberance. 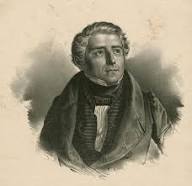 Carl Loewe (1796-1869) was called the “Schubert of North Germany.” As you might well imagine, it referred to his roughly 400 song- and ballad settings. One of the most productive and outstanding ballad composers, Loewe disappeared from public view, but his musical legacy has luckily been rediscovered. His musical world is full of gripping ballads, musical legends and vivid miniatures of remarkable variety. One critic unabashedly stated, “Once you get to know him, you will just love him.” Unlike Schubert, who treated poetic ideas in a musically unified manner, Loewe’s settings unfold rhapsodically. Characterized by “a striking absence of organic musical development,” Loewe treats poetic ideas episodically, enhancing them by daring and atmospheric accompaniments that exploit the tonal and sound potential of the piano.