Although Franz Liszt and Heinrich Heine had a massive falling-out, the composer and pianist could still recognize the musical invitation to music in Heine’s unique poetic voice. In fact, Liszt would create two versions of “Ein Fichtenbaum steht einsam” (A fir tree stands lonely.) 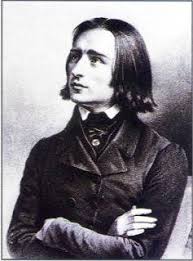 A fir tree stands lonely
On a bare northern mountain.
He sleeps; wrapped in a white cover
Of ice and snow.

He dreams of a palm tree
Which far away in the southern sands,
Lonely and silently mourns
On a burning wall of rocks.

Heine’s poem fuses the fascination of German poets with the exoticism. It also provides an intriguing variation on the mountaintop perspective and the sense of eternal longing for a distant beloved so prevalent in Romanticism. And that’s exactly how Liszt probably read the poem. The first stanza is full of brooding darkness and chromatic profundity, while the exotic object of desire initiates with repeated treble chords. This frequently signals Lisztian dreaming or the heavenly realms. 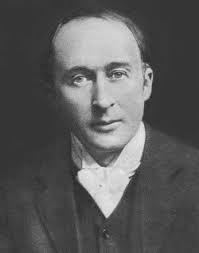 Frederick Delius (1862-1934) was born to German parents, and for the greater part of his life he was to live outside England. After spending more than two years on an orange plantation in the US State of Florida, Delius enrolled at the Leipzig Conservatory. Although he considered it “a complete waste of time,” he nevertheless struck up friendships with Scandinavian musicians and composers, among them Christian Sinding and Edvard and Nina Grieg. Delius was not particularly drawn towards the tradition of the German Lied, but he nevertheless set a number of poems by Friedrich Nietzsche and by Heinrich Heine. His Heine “Fir Tree” was not published during his lifetime, and the setting exudes an unwavering and glorious defiance that is emotionally betrayed only in the final cadence. 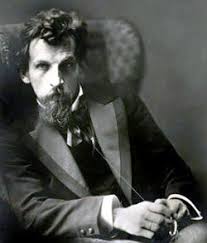 Hans Pfitzner (1869-1949) described himself readily as an anti-modernist. In his celebrated essay “Danger of Futurists” written in response to Busoni’s “Sketch for a New Aesthetic of Music,” Pfitzner writes, “Busoni places all his hopes for Western music in the future and understands the present and past as a faltering beginning, as the preparation. But what if it were otherwise? What if we find ourselves presently at a high point, or even that we have already passed beyond it?” Contemporaries such as Gustav Mahler and Richard Strauss respected his music. Unsurprisingly it combines elements of the Romantic and Late Romantic styles, including extended thematic development and atmospheric settings. His Heine setting is influenced by Hugo Wolf, and the memorable tune supported by rich and flowering harmonies. Pulsing rhythm and ecstatic melody aside, his “A fir tree stands lonely” is imbued with melancholy charm. 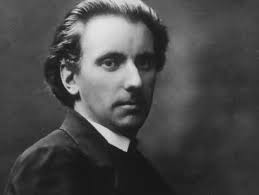 Born in Copenhagen in 1893, Rued Langgaard developed a romantic and religious approach to music and the arts, in which the artist is seen as a genius charged with an important spiritual mission. The musical community quickly perceived him as an outsider, and he had little success with his compositions in his homeland. He had much greater success outside Denmark, where his music was performed in Berlin and elsewhere. His Lied settings are strongly influenced by central European composers—among them Richard Strauss—and his reading of “Fichtenbaum” possibly represents his own deep isolation. The piano immediately establishes a sense of gloom and doom, and although the music occasionally slides towards the brighter register, it quickly plunges back into the emotional abyss. Not sure about how you hear this setting, but I have never heard a more compelling musical setting of loneliness!