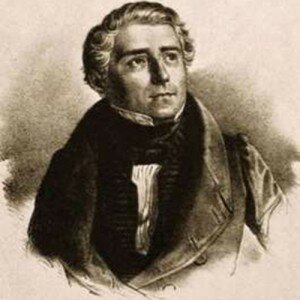 Carl Loewe (1796–1869) might no longer be a household name. However, in his time, he was a close friend of Schumann, Weber and Mendelssohn. In fact, he conducted the first performance of Mendelssohn’s Midsummer Night’s Dream Overture. He also performed together with Mendelssohn, in the latter’s Concerto for Two Pianos and Orchestra. A close contemporary of Schubert, Loewe was born on 30 November 1796 in a small mining town in Saxony, located between Köthen and Halle. He grew up in a highly musical household, and soon became an accomplished singer. Apparently, he gave phenomenal performances of the Queen of the Night’s aria from The Magic Flute, and his soprano developed into a fine tenor voice. Loewe was sent to the university town of Halle in 1809 in order to study music with Daniel Gottlob Türk. In 1817 he enrolled at the University of Halle to study theology and philology, and he composed his first narrative songs. And that included a version of Goethe’s Erlkönig, published in 1824. Interestingly, Goethe found Loewe’s setting superior to the one crafted by Schubert!

Loewe visited Dresden, Weimar and Jena in 1819/20 and personally met Weber, Goethe and Hummel. He moved to the town of Stettin in Prussia—currently Szcezcin in Poland—in 1820, and one year later became musical director of the city. Although he had some regrets at not being appointed in Paris or Vienna, he dutifully remained in Stettin for 46 years. 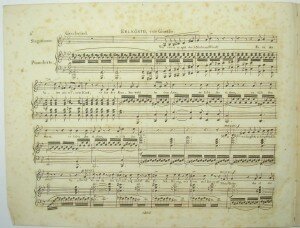 During his extended tenure, Loewe established a solid reputation across Europe as a composer and a singer. Highly respected at the Prussian court he was elected to the Berlin Academy in 1837. Best known for the solo performances of his ballads, in which he frequently both sang and played the piano accompaniment, Loewe made several lengthy tours of Germany, but he also visited England, France, Sweden, Norway and Austria. A contemporary dictionary on music writes, “Loewe led a life devoted to the secular ballad. At a time when lieder-singing could still be experienced in our culture, there was hardly a bass-baritone of heroic stature who did not give his all in presenting the dramatic experience of a Loewe ballad on the concert stage.” 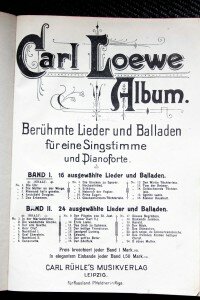 In his earliest settings, Loewe selected poems dealing with supernatural themes but gradually turned to ballads dealing with patriotic and historic subjects. His initial musical settings follow a general 18th-century pattern, and his rhapsodic compositions “separated poetic ideas and treated them episodically rather than using unifying musical motifs.” His choice of poets was highly eclectic, setting the verses of classical masters such as Goethe, Schiller and Herder as well as some lesser and more modern poets. For example, he was one of the first composers to set poetry by Friedrich Rückert. In all, he crafted over 400 ballads and songs, which earned him the nickname “Schubert of North Germany.” One of Loewe’s strengths as a composer were his “imaginative and, at times, daring” accompaniments, which were often atmospheric and exploited the piano’s sonorous and tonal potential. The influence of song is felt throughout Loewe’s instrumental compositions as well. Strikingly, the slow movement of his Op. 16 Piano Sonata is a tenor/soprano setting of an anonymous and simple poem entitled “Adolf an Adele.” 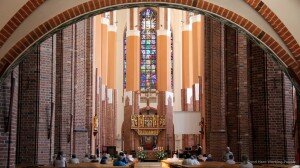 Loewe did not care for the highly virtuosic school of romantic pianism represented by Liszt and others, but focused instead on the expressive and acoustic properties of the piano. His considerable body of solo piano music, although rarely if ever heard today, is strikingly innovative in content, expression and harmony. For most of his career Loewe struggled to gain acceptance as an operatic composer. In 1834 his comic opera Die drei Wünsche was given in Berlin. Critics were not impressed and wrote, “Dr. Loewe would be even more suited to serious, heroic or tragic opera than to comic Singspiel.” Heeding the advice of his critics, Loewe abandoned opera for oratorio and produced a total of 17 works. Loewe suffered a stroke in 1864 and resigned his post at Stettin. He died 150 years ago in the city of Kiel after suffering another stroke. In a macabre twist, the heart of Loewe was found inside an urn in the southern pillar of Szczecin Cathedral in 2012. Today he is primarily remembered for his settings of long narrative poems, but we should not forget that he was a brilliantly original composer who helped to usher in the Romantic era.