In Tune Arts
The Music of Poetry
Heinrich Heine “In the Wonderful Month of May”
by Georg Predota January 12th, 2020 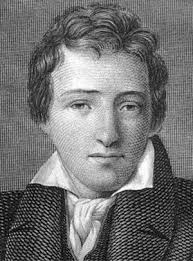 Heinrich Heine’s famous “Lyrisches Intermezzo” contains sixty-six songs and a prologue. In that prologue we meet a dreamy poet called a knight:

Once upon a time there was a melancholy knight,
With haggard, snow-white cheeks;
He staggered and stumbled and lumbered around,
Obsessed by gloomy visions.
He was so wooden, so clumsy, so awkward
The flowers and maidens giggled
Whenever he lumbered by them….

The sorrowful knight sits gloomily in his house all day, but by night he is visited by his fairly bride. He dances with her all night long, but when daylight returns all his illusions about life and love disappear and he once again finds himself sitting in his lonely poet’s attic. Following the prologue, the very first poem sets in motion the various stages in an unhappy love affair, with the poetic persona expressing the passion for an unnamed beloved. 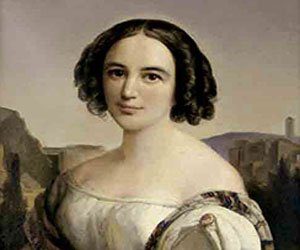 Heinrich Heine was a regular visitor at the Mendelssohn household, and his lyrics were much admired. However, neither Fanny nor Felix particularly liked Heine’s cynicism, sarcasm and irony, and for their musical settings both composers made numerous textual changes to create a more consistent affect. Fanny wrote three duets for two sopranos and piano in 1838, and presented a manuscript collection to her husband Wilhelm Hensel on the occasion of their tenth wedding anniversary. Her setting of “Im wunderschönen Monat Mai” is a bubbling and self-contained love song. There is not hint of irony or uncertainty, but simply an exuberant and sunny expression of love. This contrasts sharply with Robert Schumann’s reading of the same Heine poem, which opens his famous song-cycle Dichterliebe (A Poet’s Love). 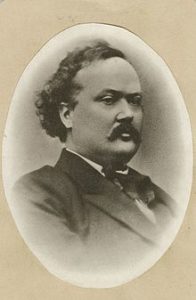 From the haltingly emerging vocal line to the tonally ambiguous open-ended cadences, we immediately sense that the music is not blindly following the poetry. Rather, the piano accompaniment is setting up an interpretive emotional commentary on the actual words of the poem. The voice may say one thing, but the piano tells us the real emotions behind the story. And in this case, we can already tell in this first song of a long song-cycle that the story will not have a happy ending. Schumann’s setting focuses on the ironic aspects of the poetry, and the vocal line and the piano accompaniment combine to create shifting patterns of structure and meaning. It is this kind of combination that elevates Schumann’s setting into a subtle and highly complex form of lyrical art. 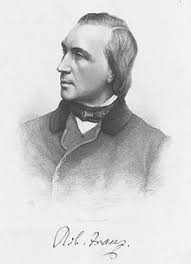 Johan August Söderman (1832-1876), by many considered the pre-eminent Swedish composer of the Romantic generation, first established himself in music for the theatre and with choral compositions. He was running a successful theatre ensemble in Stockholm when he was awarded a scholarship to study music in Leipzig. Söderman took up the challenge and studied counterpoint at the Leipzig Conservatory in 1856/7 with Ernest Richter and he immersed himself into the musical culture of the city. He got to know the music of Mendelssohn, Schumann and Richard Wagner. His Heine settings originated in Leipzig, and while he takes the Schumann setting as a starting point, Söderman creates a broader narrative and dramatic force. Just listen to the almost operatic climaxes on the word “love.” On the other hand, Robert Franz (1815-1892) begins his setting with the same chord used by Schumann, but then meanders harmonically into the delirious visions of the sorrowful knight. Literally hundreds of additional musical settings of this particular poem have been produced; happy exploring!
Robert Franz: 6 Lieder, Op. 25 “Im wunderschönen Monat Mai”