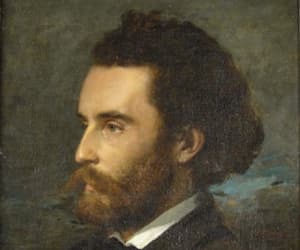 Alfred de Musset published his first collection of poems, Contes d’Espagne et d’Italie (Tales of Spain and Italy) in 1829. He strongly believed that the inspiration of the poet was intricately connected to personal emotions. Poetry was highly personal and had to reach beyond the rules of classical prosody in order to express this personal freedom.

Musset had confessed, “Spain has always been a place of delight for me where my thoughts and dreams went; because, from so far away, I dismissed the funeral inquisition with my magic wand, the sad jealousy of the Castilians and the ambushes of highway assassins.” It is clear, however, that Musset had no great knowledge of the city of Madrid or how it differed from the cities of Andalusia, and his prosody simply becomes a Spanish pastiche. In 1884, Pauline Viardot musically encoded Musset’s poem for voice and piano as part of her 6 Mélodies. 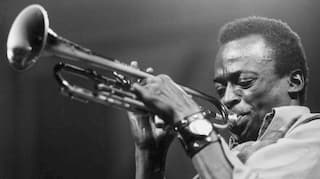 Musset was clearly part of a mid-19th century French obsession with the sights and sounds of exotic locales. And nothing was more enticing than the song and dance forms native to Spain. We only have to think of the “habanera” and the “séguedille” sung by George Bizet’s Carmen. Musset penned his “Chanson espagnole,” also known as “Les filles de Cadiz” at the height of this obsession. Situated on the southwestern tip of Spain, facing Morocco to the South and the Atlantic to the West lays the ancient city of Cadiz. A cultural and trading crossroads of a variety of cultures over the centuries, Musset provides a spicy and seductive portrayal of the young girls of the city. One year before the premiere of Carmen, Léo Delibes (1836-1891) composed his highly popular setting of Musset’s poem. Mirroring the seductive nature of the poem, Delibes infuses his setting with an obsessive bolero rhythm that flirtatiously pulses below a restless melody.

Arranged by the Canadian jazz pianist, bandleader and arranger Gil Evans (1912-1988), Delibes’ tune also featured in a recording by Miles Davis. On his iconic album “Miles Ahead” this moody ballad is not a technical showpiece but requires expressive sophistication throughout. 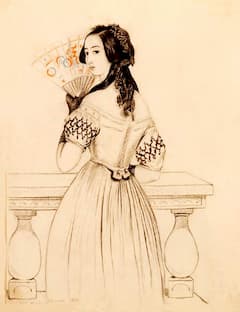 George Sand was a literary institution. From 1831 to 1839 she published an average of a full-length novel every six months. She also embarked on a series of romantic liaisons, including with the critic Gustave Planche, the actress Marie Dorval, the writer Prosper Mérimée, her lawyer Michel de Bourges, her son’s tutor Felicien Mallefille, and the socialist advocate Pierre Leroux, among others. She also had two great affairs; the first, between 1833 and 1835, was with Alfred de Musset. They traveled to Venice together, but Sand barred her bedroom to Musset who angrily sampled the pleasures of the city. When he became seriously ill, a handsome and young Italian doctor by the name of Pietro Pagello treated him. As Pagello and Sand stayed up together to watch over the patient, they became romantically involved. 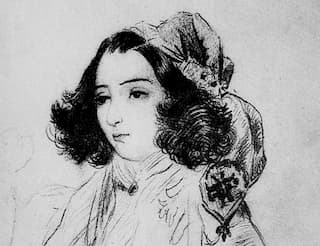 Sand initially travelled back to Paris with Pagello, but she became lovers with de Musset again. Sand wrote, “I no longer love you, I adore you forever. I no longer want to have anything to do with you, but I can’t go on without you. Only a bolt of lightning from the heavens could cure me by annihilating me. Farewell, stay, leave, only don’t say I’m not suffering… Go, but kill me.” Musset apparently took her at her word and threatened to kill her with a knife. This turned out to be the final straw, and Sand made the ultimate break with Musset in March 1835.