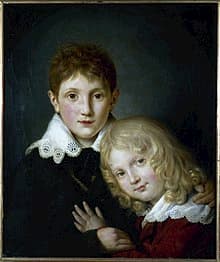 On the basis of his sentimental and declamatory verse, Alfred de Musset has not been well judged by mid-twentieth-century criticism. Yet, Musset is perhaps the first French poet since the Renaissance to make humor a vehicle for impulses essentially lyrical. “His use of ironic ambivalence, of verbal nonsense, his sense of the ridiculous, his refusal to take anything serious including himself, indicates his awareness of an irrational, absurd world full of dead ends. 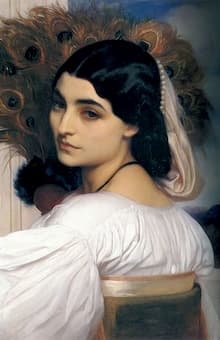 And while Musset might have been a flagrant and shameless poseur, he was one of the best playwrights of 19th-century France. A good many of his plays were written not for the stage but to be read at home in a comfortable armchair. His comedy in two acts À quoi rêvent les jeunes filles (Such Stuff as Young Girls Dream Of) was published in 1832, and it was poorly received by critics. Alfred des Essart wrote, “It is a coarse farce, without the spirit of observation.” Composers, however, took an immediate shine to the evocative and often irreverent verse prose. 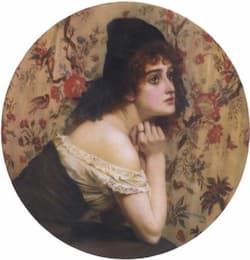 Ninon and Ninette are twins, and their father Duke Laërte has decided to marry one of them to his guest Silvio. One evening, while she is going to bed, a masked stranger wearing a cape kisses Ninette. Ninon, meanwhile, hears a tender love ballad sung outside her bedroom window especially dedicated to her. While both Ninon and Ninette dream of their unknown lovers, the Duke writes two identical love letters to be delivered to his daughters. Silvio will arrive at the appointed date and time, and when Ninon and Ninette see the “double seducer,” the Duke will appear and fight him. 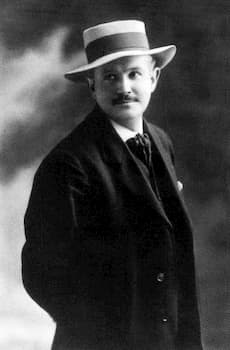 Unbeknownst to the Duke, the audience quickly understands, however, that it was Silvio who actually has kissed Ninette and also sung the ballad to Ninon. Both Ninon and Ninette arrive at the appointed date and time, and they understand that the same man has written the love letters. Silvio climbs through the window wearing the cape, and the Duke and his nephew Irus quickly follow and pretend to fight Silvio. After much to and fro, the two girls announce that they will enter the convent and become shepherdesses. The Duke, however, will not hear of it and marries Silvio to Ninette and Irus to Ninon.


The seductive love ballad from Act 1, Scene 1, has frequently been set to music, including the passionate readings by Cesar Franck, Gabriel Dupont, and Léo Delibes. 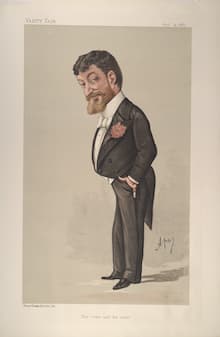 Neapolitan Paolo Tosti (1846-1916) is primarily remembered for his light and expressive song settings. Encoding sweet sentimentality and composing charming and natural melodies, his works became very popular during the Belle Époque. A prolific and industrious composer, his oeuvre includes more than 300 songs. Tosti, however, was the master of the ballad, and he forged a distinctive and natural style that was emulated throughout Europe. As such, it is hardly surprising that he would have been attracted to Musset’s ballade “Ninon.” The entire harmonic structure of the opening refrain is based on a couple of simple chords that nevertheless reveal the composers delicate taste. The strophic structure politely follows the libertine spirit of the poetry, as phrases become more animated. Although jokingly impertinent, Tosti manages to convey the poetry in a musically charming way.