The music of women composers has long been overshadowed by their male counterparts. In an effort to shine a light, and cast away the shadows, this article features ten works for piano, each written by a female composer. 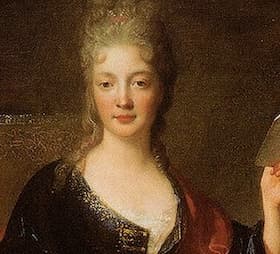 La Guerre was a French Baroque composer, who was one of the first female composers to compose an opera. She was also an organist and a harpsichordist. Her Suite for Harpsichord in A Minor was published in 1687 in her first publication, Premier livre de pièces de clavessin. It consists of nine movements and begins with an unmeasured prelude which was rather popular in the late Renaissance and Baroque eras. 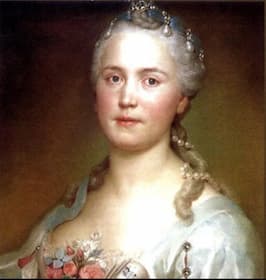 Italian composer Anna Bon received her music education at Ospedale della Pietà in Venice, and later she served for Margrave Friedrich of Brandenburg Kulmbach as “chamber music virtuosa.” Her parents were both musicians hired by Count Esterhazy, and they worked under Franz Joseph Haydn. Keyboard Sonata in G minor, Op. 2, No. 1 belongs to the first set of Six Harpsichord Sonata, Op.2, written in 1757. She dedicated the entire collection to Ernestina Augusta Sophia, Princess of Saxe-Weimar. The movements follow the order of the Italian sinfonia fast-slow-fast, and the elegance and simplicity of this work reflect the aesthetic of early classical keyboard music. 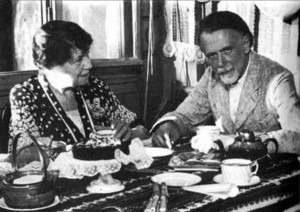 Emma Kodály was a Hungarian composer. Her second husband, Zoltán Kodály, was a renowned composer, ethnomusicologist, and pedagogue. She studied with Zoltán Kodály, and later they fell in love and married. Their friend Bela Bartók made a phonograph recording of his Slovak arrangements from For Children as their wedding gift. The majority of her compositions are songs and piano works, including Valses Viennoises, written in 1925. 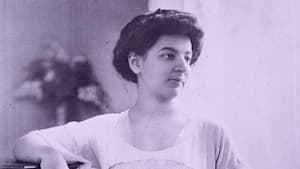 Croatian composer Dora Pejačević was known as one of the leading figures in Croatian classical music. She is credited with introducing Romantic orchestral styles to Croatia, and she was one of the first Croatian composers to write a piano concerto. She wrote many beautiful works in the late-Romantic style, and her Symphony in F sharp minor received a huge success. In her short 38 years of life, she left a catalog of over 100 compositions which are now largely forgotten. Many of her works were lieder and piano solo works.

Zwei Klavierskizzen (Two Piano Sketches)
I. An Dich! (To Thee!)
II.Vor Deinem Bild (Before Thy Picture)

Zwei Klavierskizzen (Two Piano Sketches) was written in 1918 and dedicated to Anny von Lange. The sketches reflect different emotional states through her use of harmonic languages. Both sketches express a sense of mystery and uncertainty, and a reminiscent of the music of Debussy and Scriabin. 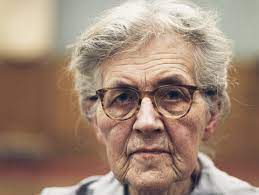 Nadia Boulanger was a French composer, conductor, and pedagogue whose indelible influence on music in the 20th century is staggering in its scope. She won the Second Grand Prix for her cantata, La Sirène, in 1908, a year before her sister, Lili, won the Prix de Rome. Nadia Boulanger was the first woman conductor for major orchestras in the United States and Europe. She was a leading pedagogical figure whose students included Aaron Copland, Virgil Thompson, Philip Glass, and many more. Vers la vie Nouvelle was written after the first World War to respond and celebrate the new life after war. 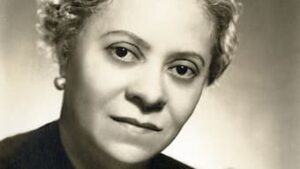 Florence Price was also one of the first African American women composers to achieve national recognition. Her Symphony in E minor won the first prize in the Wanamaker Foundation Awards in 1932 and became the first symphony by an African-American woman composer to be performed by a major American orchestra. Piano Sonata in E Minor also won the third prize in the same competition. This three-movement work is an example of Price’s style which combines traditional European techniques with vernacular idioms. She incorporated distinctive rhythmic and melodic devices from African American spirituals along with late Romantic idiomatic piano writing. 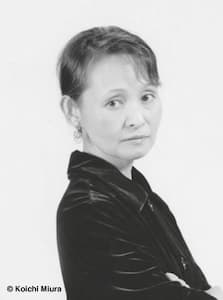 Haruna Miyake, also named Haruna Shibata, is a Japanese pianist and composer. Born and raised in Tokyo, she debuted as a pianist at age 14, playing with the Tokyo Symphony orchestra before studying at the Juilliard School of Music. Her works are known for merging Japanese and Western idioms. She often includes traditional Japanese instruments in her scores. This work 43° North – A Tango was composed in 1982. 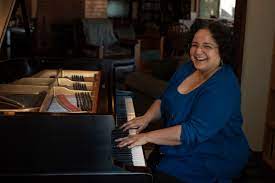 Growing up in California, Gabriela Lena Frank’s father is an American of Lithuanian Jewish heritage, and her mother is Peruvian of Chinese descent. Sonata Andina (2000) represents the mixed elements from the western classical and Andean folk music traditions. Dedicated to Frank’s grandmother Griselda Cam, this piece imitates the traditional classical sonata with four movements. Allegro Aymara reflects the sounds of different drums and flutes from Bolivia, and Himno Inca mimics the ensemble style among the Andes. It begins with a chord followed by a steady hand-clapping sound. The slow third movement, Adagio Illariy, describes a shining light by playing constant running notes. The Finale Saqsampillo was written as an homage to Alberto Ginastera. Frank explores Ginastera’s rhythmic style but balances it with a lyrical quality. 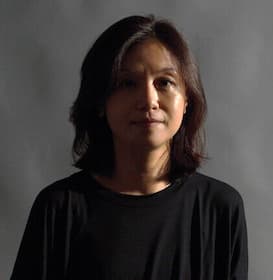 Joyce Tang is a composer based in Hong Kong. Her works, complimented as “a fresh compositional voice,” span from orchestral, chamber, solo, vocal, choral, electro-acoustic, and theatrical genres. They are performed worldwide, and many of them have been selected and featured in major festivals and conferences. She is currently a lecturer at the Hong Kong Academy for Performing Arts.

Images, Colours are three impressionistic piano works dedicated to and written for a renowned Hong Kong pianist, Mary Wu. The first movement, Dance of Flowing Streams《溪流之舞》, written in 2012, features the unrest of the quick and perpetual motion throughout the movement. It is contrasted with the second movement, Song of Crystal Light《晶光之歌》, that it captures the reflection of a crystal’s light. It is simple, clear, and meditative.

Julia Wolfe is a distinguished American female composer who is currently a professor at New York University. She received many awards, including Pulitzer Prize in 2015. Her music is highly inspired by folk, classical, pop and rock genres. Earring (2001) is collected as one of the 25 studies published by the Associated Board of the Royal Schools of Music. It is influenced by minimalism with a repetitive rhythmic pattern on the right hand.