“The greatest happiness is to know the source of unhappiness” 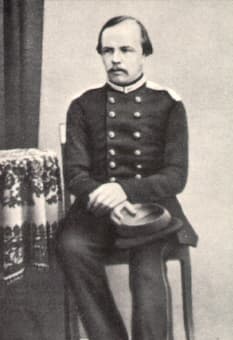 Dostoevsky as an engineer

The Russian novelist, short story writer, essayist, and journalist Fyodor Dostoevsky (1821-1881) explored human psychology in the troubled political, social, and spiritual atmospheres of 19th-century Russia. His name is sometimes transliterated as “Dostoyevsky,” and he is widely regarded as one of the greatest and most influential novelists of the Golden Age of Russian literature. He explored such themes as suicide, poverty, human manipulation, and morality through “the simultaneous presence of multiple narrative voices and perspectives.” This stylistic element, analogous with musical conventions, is termed polyphony. 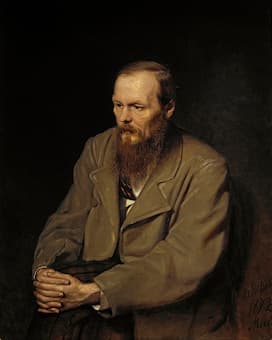 Dostoevsky’s narration postulates the non-existence of the final word, “which is why the thoughts, emotions and experiences of the world of the narrator and his/her characters are reflected through the words of another, with which they can never fully blend.” Albert Einstein called him a “great religious writer who explores the mystery of spiritual existence,” and Friedrich Nietzsche called Dostoevsky “the only psychologist from whom I had something to learn; he ranks among the most beautiful strokes of fortune in my life.” Ernest Hemingway declared, “there are things so true in Dostoevsky that change you as you read them”, and James Joyce declared “Dostoevsky created modern prose and intensified it to its present-day pitch.” 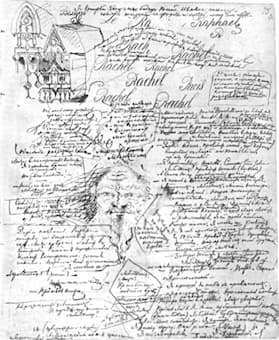 Dostoevsky was born 200 years ago on 11 November 1821 into a family of Russian Orthodox Christians. His father was a noted physician and profoundly religious, and from an early age, his parents introduced him to a wide range of literature. He was sent to a French boarding school but always felt out of place among his aristocratic classmates. His mother died in 1837 when he was 15, and he left school to enter the Nikolayev Military Engineering Institute. Dostoevsky wasn’t particularly interested in science and military engineering, and upon learning of the death of his father, he is said to have exhibited the first signs of epilepsy. He briefly worked as an engineer after graduation, and translated books to earn extra money. In the process of developing a serious gambling habit, Dostoevsky decided to terminate his military career and to write a novel. 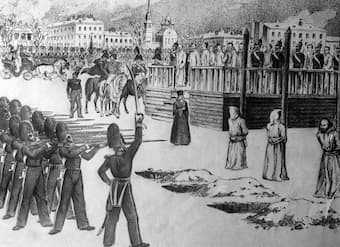 Poor Folk was published in 1846 and it was commercially successful, while his second novel The Double received negative reviews. His health deteriorated, and as a member of the Petrashevsky socialist group—a gathering proposing social reforms in Russia—Dostoevsky was arrested in 1849. He was condemned to death and already stood in front of the firing squad when a letter from the Tsar commuted his sentence at the last possible moment. 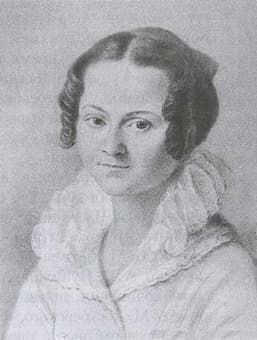 Dostoevsky was sent to Siberia and spent four years in a Siberian prison camp condemned to hard labor. Classified as “one of the most dangerous convicts, Dostoevsky had his hands and feet shackled until his release into six years of compulsory military service in exile.” During his time in exile, Dostoyevsky underwent “a profound spiritual crisis, and became deeply religious.” He saw the Orthodox Church as the fullest expression of Christianity, and in 1857 he married Maria Dmitrievna Isaeva. She had initially rejected his marriage proposal, and the partnership was unhappy. 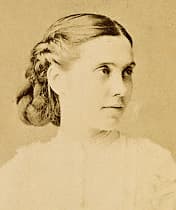 She found it difficult to cope with his epileptic seizures, and he wrote, “because of her strange, suspicious and fantastic character, we were definitely not happy together, but we could not stop loving each other; and the more unhappy we were, the more attached to each other we became.” The couple eventually separated, and Dostoevsky lived abroad from 1867 to1871 in order to escape his creditors. He met Polina Suslova in Paris, and after Maria’s death, they married in 1867 in St Petersburg. He had published the first two parts of Crime and Punishment in 1866, but money earned was quickly lost at the roulette table. 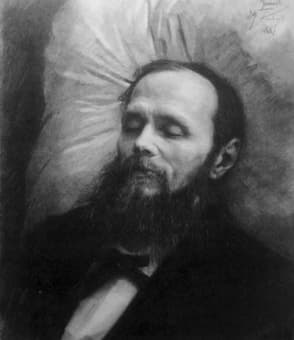 Dostoevsky on his deathbed

The couple crisscrossed Europe and suffered the death of their baby, and eventually they returned to Russia in 1871. Plagued by creditors, Russian bureaucracy, and failing health, Dostoevsky worked on his Diary, a collection of essays and short stories about society, religion, politics and ethics. The publication sold well, but by 1877 he experienced a number of epileptic seizures. He declined an invitation to speak at an international congress in Paris in 1879, but was elected to a number of high-profile honorary committees. Dostoevsky delivered a speech at the unveiling of the Pushkin memorial in Moscow in June 1880. His speech was criticized, and when the Tsar’s secret police executed a warrant on a neighbor, Dostoevsky suffered a pulmonary haemorrhage. A series of further haemorrhages ended his life on 9 February 1881. Dostoevsky produced 12 novels, four novellas, 16 short stories, and countless other works. His most acclaimed novels include Crime and Punishment (1866), The Idiot (1869), Demons (1872), and The Brothers Karamazov (1880). He had far-reaching influence on literature, and with “his profound understanding of good and evil, he was one of the first writers to analyze the psychological motives which prompt men’s actions.” Although his ideas influenced a number of musicians, relatively few musical compositions have been inspired by his work. However, his books have been translated into more than 170 languages, and numerously appeared in film and on stage.