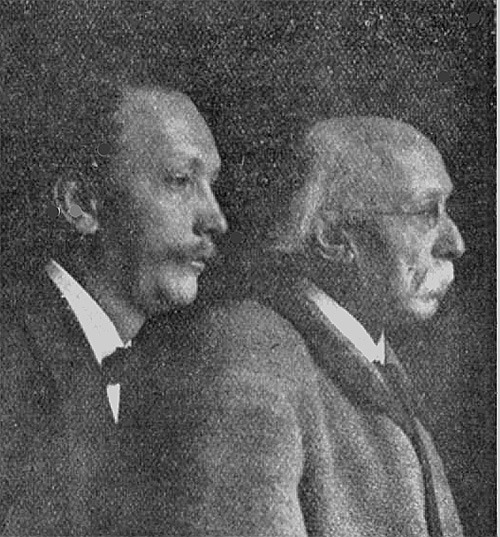 Famous musical sons frequently have famous musical fathers. And Richard Strauss is no exception. In his day, his father Franz was recognized as an important artistic personality. Foremost, he became a celebrated horn virtuoso, by “breathing soul into the unthankful instrument.” Even Richard Wagner, against whom the musically conservative Strauss took literally every opportunity to make his disapproval clear, recognized his unusual talent. “Old Strauss is an unbearable fellow, but when he plays the horn one can’t really mind him.” Franz Strauss became a member of the Royal Court Orchestra in Munich in 1847, and set new standards on his instruments for more than four decades. However, he also dabbled in composition, predictably centered on his favorite instrument.

Franz Strauss quickly recognized his son’s musical talent and entrusted four and a half-year-old Richard to August Tombo for piano lesson. Before long Richard was able to play the tunes in a book of operatic arrangements, and successfully tackled a Mozart sonata. His older sister remembered, “Richard made swift progress. Sight-reading presented him with no problems. His teacher played with him a great deal, and there was one trick that delighted Richard. His teacher played the bass part with the left hand, the top line with his right hand and the middle part with the tip of his long pointed nose.” Richard first tried his hands at composition at the age of six, when he composed the Schneider-Polka (Tailor Polka) for piano. However, as he was not yet capable of writing music, his father wrote it down for him. 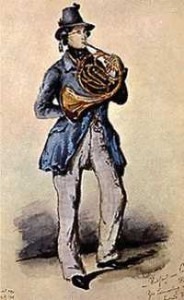 Young Richard was described by his teacher as “a student with excellent dispositions, good deportment and well behaved; lively, enthusiastic, attentive, sometime over-eager and hasty.” By the time he was 18, Richard had composed roughly 140 compositions, including almost 60 songs and more than 40 piano works. Much of these juvenilia pay homage to the musical creed of his father, who favored the “trinity of Mozart (most of all), Haydn and Beethoven.” The first time Richard heard a Beethoven symphony he did not understand it, he remained unmoved and even said, “he didn’t care of it.” Nor did he understand Beethoven’s sonatas and quartets at that stage. “In his piano lessons he preferred Chopin, Mendelssohn and Bach.” When Richard made his pianistic debut on 20 October 1885, however, he played the Mozart C-minor Concerto with his own cadenzas, which are unfortunately lost. Echoes of Mozart and the Classical style clearly emerge in his Serenade in E-flat for Thirteen Wind Instruments, Opus 7, dedicated to his composition teacher Franz Meyer.

At age 21, Richard Strauss took up the post of assistant conductor of the Meiningen Orchestra. Hans von Bülow, a student of Franz Liszt and champion of the music of Richard Wagner and later Johannes Brahms had appointed him. To thank von Bülow, Richard composed a work for piano and orchestra originally titled “Scherzo in D minor.” Bülow considered it a “complicated piece of nonsense and unplayable” and refused to learn it. Strauss made some changes and renamed the work “Burleske” with Eugen d’Albert premiering the work in 1890. Bülow, however, was still not convinced and wrote to Johannes Brahms “Strauss’s Burleske decidedly has some genius in it, but in other respects it is horrifying.”

Throughout his life, Richard Strauss had the highest admiration for Hans von Bülow. “For anyone who ever heard him play Beethoven or conduct Wagner, who attended one of his piano lessons or observed him in orchestra rehearsal, he inevitably became the model of all the shining virtues of a performing artist, and his touching sympathy for me, his influence on the development of my artistic abilities, were the decisive factors in my career.”