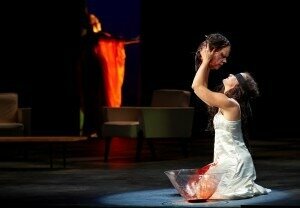 Six years after the dismal failure of his opera Guntram in Munich, Richard Strauss collaborated with the librettist Ernst von Wolzogen on a project he hoped would exact revenge on the bourgeois provincialism of his hometown. Feuersnot (In need of fire) is based on an old Flemish legend about a young man who, after being humiliated by the girl he loves, meets a magician who casts a spell that plunges the town into complete darkness. Only once the girl is made to strip naked can the townsfolk light their fires from flames that spring from her behind! Although Wolzogen managed to sanitize the tale somewhat, the sexual and erotic subtexts proofed rather disturbing to audiences. A few months before his death, Strauss commented in his diary “Feuersnot, was in its way, just a kind of prelude.” 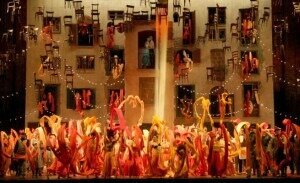 To further hone his compositional skills and scandalize the public, Strauss started work on a ballad for choir, soloists and orchestra in April 1902. Taillefer, in the adaptation by the poet and literary historian Ludwig Uhland, is the tale of a peasant who takes every opportunity to sing beautifully and apparently also very loud. This caught the attention of Duke William of Normandy, who makes him a knight to fight in the Battle of Hastings in 1066. “In the last verse, the duke, now King of England, declares that although he always enjoyed Taillefer’s singing, he will never forget the music that Taillefer played with his sword on the helmets and heads of the English.” Strauss conducted the first performance at the 1903 music festival in Heidelberg, on the occasion of the consecration of the new civic Hall. The critic Julius Bierbaum wrote, “I count Richard Strauss among the twenty-four archangels of music, and I cannot imagine a life without his music. But there are situations when his genius forsakes him, and he was never weaker than with his Taillefer.”

Taillefer quickly disappeared from the repertoire, but the Symphonia Domestica composed around the same time, has proven far more resilient. This blatantly realistic autobiographical depiction of a twenty-four hour life cycle in the Strauss family includes the screaming child Franz, fights with his wife Pauline, and a graphically explicit “love scene” between the composer and his wife. Critics were quick to label “this composition as one of the most audacious challenges Strauss had hurled against good taste and common sense.” But they also criticized a transparent but nevertheless exceedingly heavy orchestration calling for approximately 110 players, including eight horns and five saxophones. The conductor Hans Richter famously suggested, “not all the gods burning in Walhalla could make one quarter of the noise of a single Bavarian baby in his bath.”

Concordant with his work on Taillefer and the Symphonia Domestica Strauss was busy composing a work that would establish him as the leading German opera composer of his time. Salome, based on a play by Oscar Wilde, gave rise to a modernist voice for the stage, one that resonated throughout a Europe preoccupied with the image of the sensual femme fatale. Erotic, murderous and biblical themes combine to reach a climax in Salome’s declaration of love and kiss for the severed head of John the Baptist. Paired with a colorful musical language, including extended tonality, chromaticisms, unusual modulations and tonal ambiguities, Salome greatly enlarged the artistic horizons of the theatrical and musical stage. Censors in London banned the opera until 1907, and Vienna had to wait until 1918 to hear a performance. As such, the Austrian premiere took place at the Graz Opera in 1906, with Arnold Schoenberg, Giacomo Puccini, Alban Berg and Gustav Mahler in the audience.